Over $1bn was invested in technology companies working in the maritime sector in 2019 according to a new report published yesterday.

A new report published yesterday by technology research and innovation consultancy Thetius, found that 2019 was a record year for venture capital investment in maritime. But the headline figure is distorted by the massive $1bn investment in Flexport, led by Softbank’s Vision Fund. If Flexport’s contribution is removed from the figures, venture funding in the industry actually declined by 24%, from $190m in 2018 to $144m in 2019. Overall, 8% fewer deals were made through the year compared with 2018, though the average size of deals has increased by 18% from $2.2million to $2.7million in 2019. 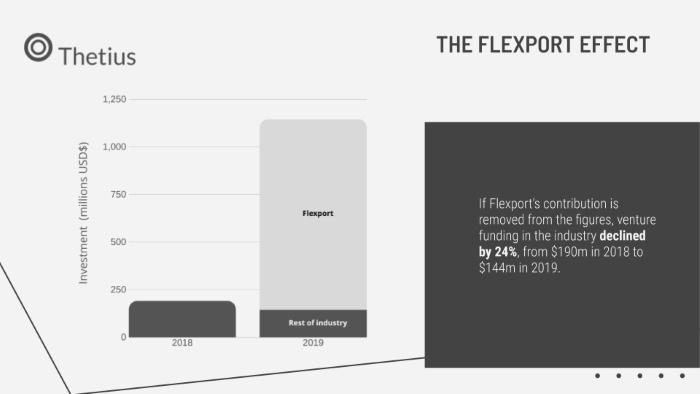 Graph showing the impact of Flexport’s $1bn funding round on the rest of the industry. Without Flexport, year on year investment in the sector actually declined by 24%.

“The fall in the number of investments coupled with the increased average size of each round shows that the market is at the early stages of maturing,” said Nick Chubb, founder of Thetius and author of the report, “after years of seed and small venture rounds dominating funding activity, a few breakout stars are beginning to scale and have enough traction to warrant taking significant amounts of investor money.”

As well as an overview of venture activity, the report, which is available for download at Thetius.com, examines startup activity throughout 2019 including; the notable investments made throughout the year, the new entrants to the market who are ones to watch, and the technology trends to be aware of in 2020. 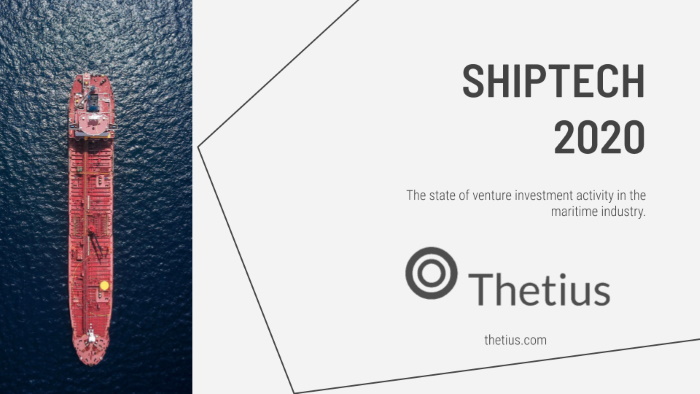 Other key insights from the report include: