Appetite for more newbuildings seems to be quite big during the first days of 2018. Allied Shipbroking said in its latest weekly report that “despite having only just returned from the Christmas holiday period, activity in the newbuilding market seemed to be holding firm, with several deals seemingly signed during the festive retreats. The main sector driving activity of recent is still the dry bulk market, with increased earnings driving buying interest and pushing for further units being ordered. The main activity seems to still be focused on the larger Capesize and Panamax segments, a trend that we have been noting since the summer of 2017. In terms of the rest of the orders it seems to be more a case of mix and match, with most of the m being more specialized units likely being placed to fulfill some sort of trading requirements by the buyers’ that placed them respectively. Overall, expectation is for a much more heated market in terms of activity here, with the total volume expected to likely surpass anything we have seen during the past 2-3 years”. 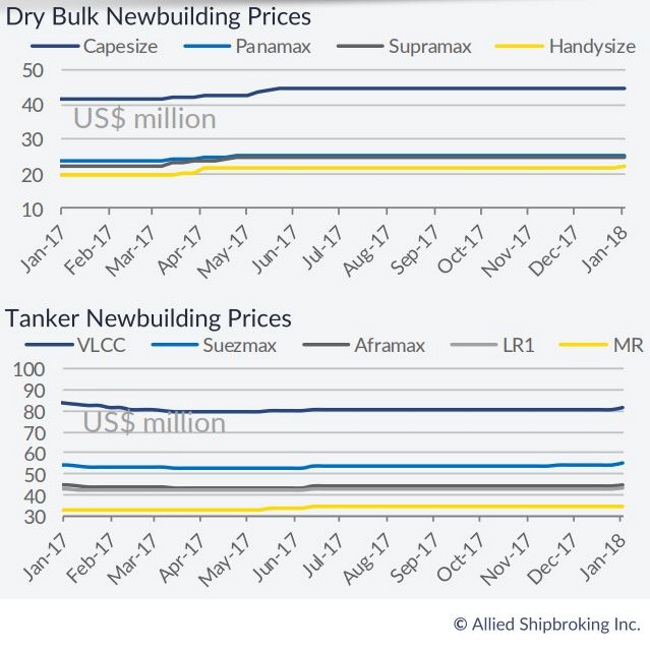 In a separate weekly note, Clarkson Platou Hellas said that “the Dry market has seen one order this week, with Huangpu Wenchong reported to have signed a contract for two firm 82,000 DWT Kamsarmax Bulk Carriers with domestic owner Seacon Ships. These two units will be delivered within 2019 from China. In Gas, Clients of GasLog have announced an order for one 180,000 CBM LNG Carrier with Samsung Heavy Industries. This single vessel is slated for delivery in 2019 from Samsung’s Geoje facility. There are more LNG Carrier orders to report, with Hyundai Heavy Industries (HHI) receiving an order for one firm plus one optional 174,000 CBM LNG Carriers from Clients of Cardiff Marine for delivery in 2020. Sovcomflot have also signed a contract with HHI for one firm plus one optional 174,000 CBM LNG Carriers, also for delivery within 2020”. 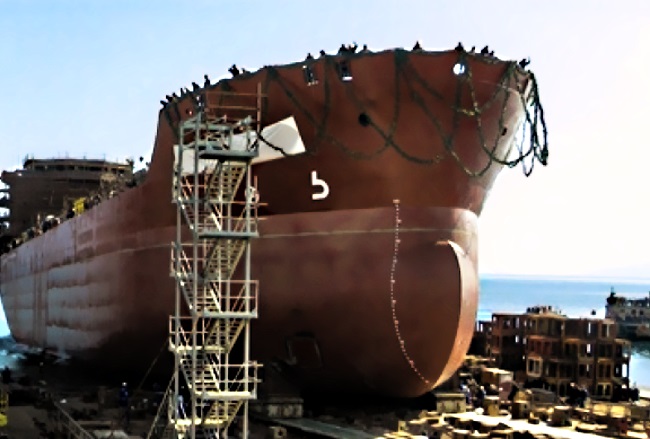 Meanwhile, in the S&P market, Allied added that “on the dry bulk side, things were relatively slow, especially when compared to the average levels we noted during the past year. This is not necessarily indicative of the buying sentiment being noted, but rather that most seemed to have retreated taking any action during the final weeks of the year, likely choosing to wait and see how the New Year freight market will go. On the tanker side, activity continued to remain slow and pretty much inline with what we have been seen during the past 12 months. Given the poor earnings and the push back by most sellers, things have become a bit more tricky here and we may well be seeing a widening gap between buyers’ and sellers’ ideas, something that would surely hamper things further”.