An innovative fuel cell system based on high-temperature proton exchange membrane (HTPEM) technology from Blue World Technologies is being constructed for testing at the Alfa Laval Test & Training Centre in Aalborg, Denmark. The test installation, which will use methanol as fuel, will explore the technology’s potential as a source of marine auxiliary power. Funded by Danish EUDP (Energy Technology Development and Demonstration Program), the project is a joint effort between fuel cell maker Blue World Technologies, Alfa Laval and vessel owners DFDS, Maersk Drilling and Hafnia.

Creating a scalable fuel cell solution
The aim of the project is to establish a highly efficient and cost-effective HTPEM fuel cell solution, giving marine vessels a realistic alternative to combustion-based auxiliary power within the near future. The fuel cell test setup will have a power of 200 kW, but the fully developed and modular design should be possible to scale up incrementally to a level of 5 MW.

During a year of planned testing at the Alfa Laval Test & Training Centre, the fuel cell system’s durability and lifetime will be in focus. HTPEM fuel cells have a higher tolerance for thermal cycling than other fuel cell types, which makes them well suited to the variable power production needed from a genset. Nonetheless, the technology will need a lifespan comparable to that of combustion technologies in order to be feasible on board, which will mean addressing various sources of performance degradation.

The fuel cell system, which will provide clean operation with no particulate emissions, will use carbon-neutral renewable methanol as fuel. Methanol is one of the most promising fossil-free fuels available for future shipping and is already being used in testing at the Alfa Laval Test & Training Centre. The fuel cell system concept, however, could be possible to adapt for fuels such as LNG and ammonia. 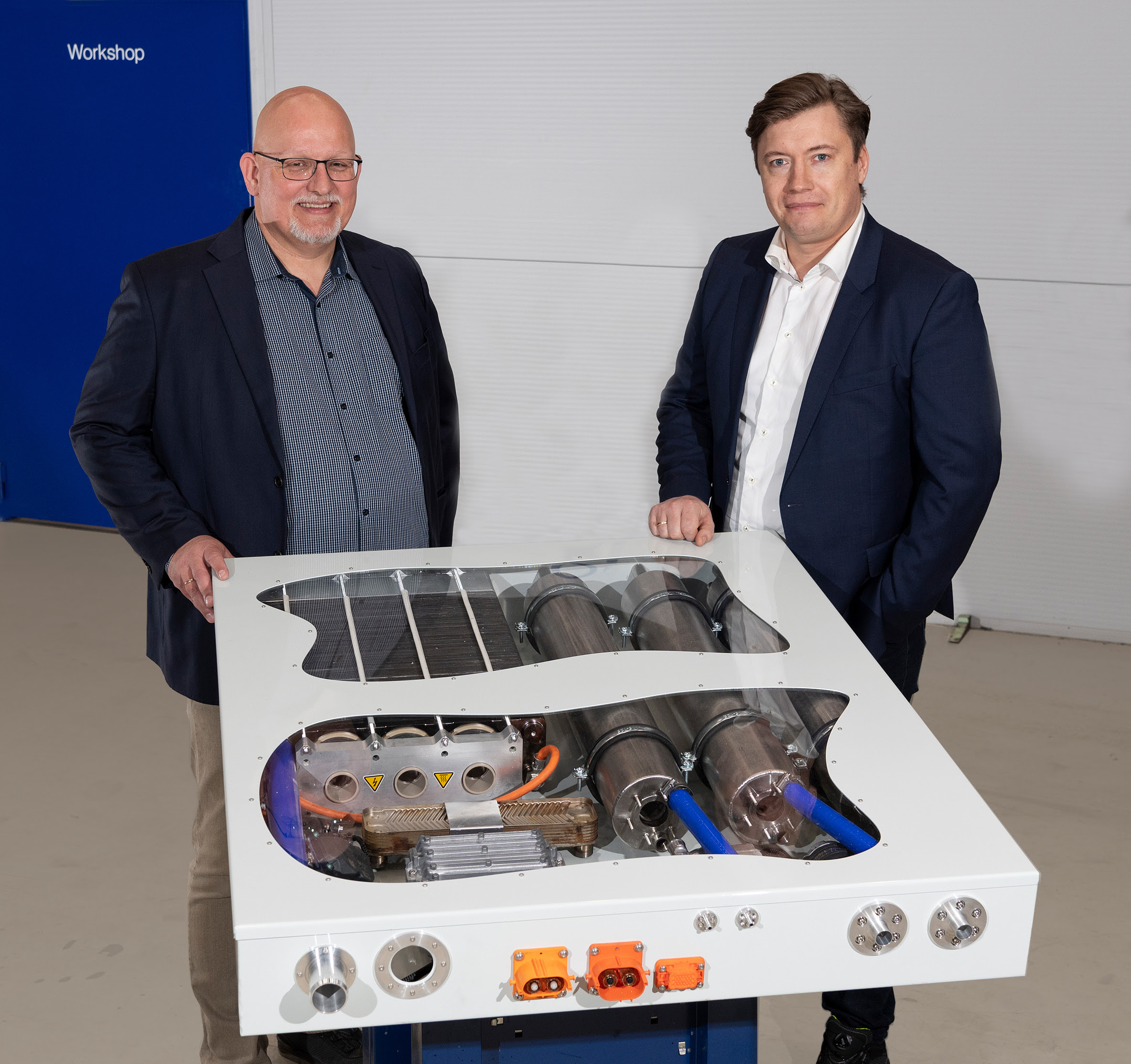 The EUDP-funded project brings together a number of committed and well-established players. Alfa Laval, a marine supplier with more than a century of expertise, will manage and coordinate the project in addition to supplying the innovation resources of the Alfa Laval Test & Training Centre.

“Alfa Laval is proud to work with such experienced partners to realize a high-efficiency HTPEM fuel cell system for marine use. Alongside our efforts with solid oxide fuel cells in SOFC4Maritime and the work with methanol combustion already underway at the Alfa Laval Test & Training Centre, this project is a key step in moving the industry into a carbon-neutral fuel landscape.”
Lars Skytte Jørgensen, Head of Technology Development, Energy Solutions, Alfa Laval Marine Division

“Building on the scalability of automotive applications, we are convinced that methanol fuel cell systems can drastically reduce maritime climate and environmental impact. By further developing our technology in partnership with marine colleagues, and by ramping up our production capacity at the same time, we can deliver a fuel cell solution that is green, operationally sound and also commercially viable.”
Mads Friis Jensen, Chief Commercial Officer and Co-founder, Blue World Technologies 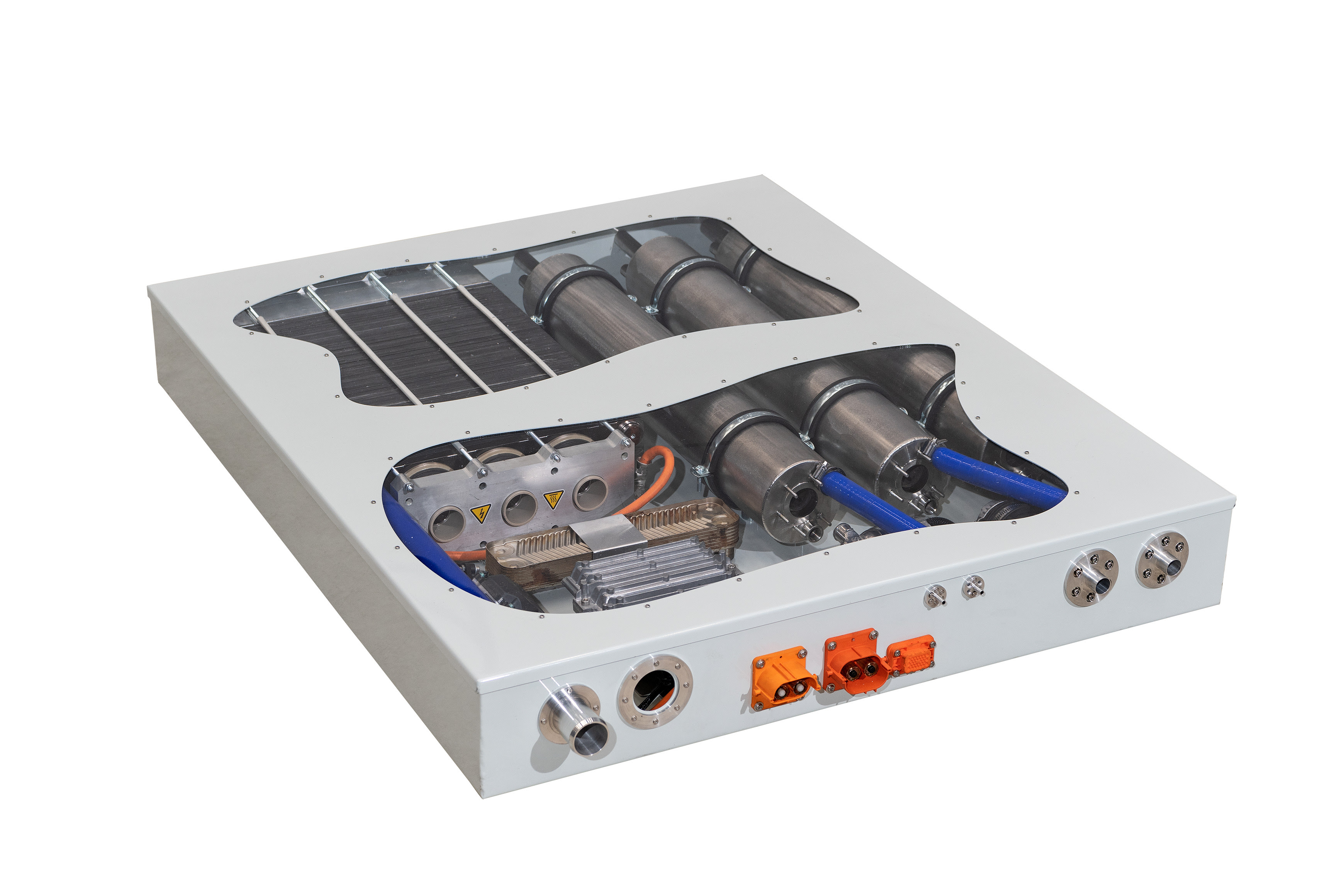 Three vessel owners will contribute insights regarding the operational and commercial implementation of the HTPEM fuel cell system. DFDS, owner of one of Europe’s largest shipping networks, is actively moving away from fossil fuels and brings experience from other fuel cell projects. Maersk Drilling, a Danish owner and operator of drilling rigs, has a strong focus on energy efficiency and brings experience of using auxiliary power for special applications. Hafnia, owner of one of the world’s largest product tanker fleets, has a strategy of transitioning to viable future marine fuels and believes strongly in methanol. Hafnia brings deep knowledge of methanol bunkering and operations.

“Fuel cells have the potential to expedite the green transformation of shipping. The technology will enable a new generation of very simple and reliable ships that will be much easier to digitize than the ships we have today. This will open up for exciting new opportunities.”
Jakob Steffensen, Innovation Lead, DFDS

“Energy efficiency has long been a key focus in Maersk Drilling’s operations. In the HTPEM fuel cell system, we see clear potential as an enabler in creating a climate-friendly solution for power production. We believe our application knowledge and operational input can help to shape a well-adapted marine solution.”
Caroline Alting, Head of Integrity & Projects, Maersk Drilling

“As owner of one of the world’s largest tanker fleets, we have a responsibility to reduce our climate footprint. This is why Hafnia has also committed strongly to methanol operations and their development. We have invested in a methanol plant project, and the current research project is yet another significant effort. We will apply our practical knowledge of methanol to assist in creating a green and competitive fuel cell solution.”
Jørgen Thuesen, Vice President Technical, Hafnia

2021-04-20
hellenicshippingnews..
Previous: AKE Special Report –The Ship In The Suez
Next: The Commodities Feed: China diesel exports near record levels