A life on the ocean wave

June 25 marked the international Day of the Seafarer, a celebration of the contribution the marine industry makes to the world economy. In the spirit of this year’s theme, “Your voyage – then and now, share your journey”, we chat to two Allianz Global Corporate & Specialty (AGCS) marine risk consulting experts about the changes they have seen since they were both captains at sea.

Q (Question): The Day of the Seafarer is an opportunity to educate the public about issues facing modern-day seafarers. Before your respective roles at AGCS, you spent many years at sea as captains of large vessels. What were the most significant challenges you faced?

Rahul Khanna (RK): Life at sea is tough. It’s more like working in a complex industrial environment than a standard workplace, with health and safety concerns comparable to factory work or even mining. But there are issues unique to seafarers, including time away from friends and family. Crew can be on board ship for anything from one month to a year, working in high-risk environments, without the support of loved ones. I remember paying $10 a minute as a trainee on meagre wages to make satellite calls home. And the sound quality was poor – it was luck of the draw whether you got a good connection or not.

Nitin Chopra (NC): We say ‘life’ at sea, but seafarers don’t go home to normal life at the end of the day. It takes a strong will to make a career out of seafaring. One issue I found consistently challenging was the limited workforce on board and having to comply with the regulated hours of rest for the crew while maintaining the operational safety of the vessel.

RK: The potential ‘criminalization’ of seafarers became a challenge in the later part of my career. Ships are complex structures, carrying all kind of cargos, and an innocent mistake can have serious consequences. Stronger penalties mean seafarers risk bearing the brunt of the law personally. As a captain, I once spent a few anxious days in the Port of Los Angeles because a machinery failure caused a small oil leak into the harbour. I was investigated by numerous authorities before it was decided no further action needed to be taken other than a repair. But I don’t remember getting much sleep during those three days! 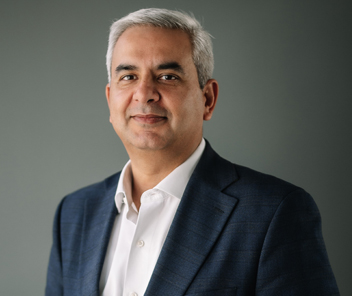 Q: Covid restrictions, Ukraine war, congested ports – the situation in the marine industry is tense. How different is the role of the seafarer today compared to when you were at sea?

NC: Advances in technology and increased automation in cargo terminals have reduced the turnaround time for vessels since my day. Shorter stays in port create pressures on crew. Shore leave used to be a big attraction for seafarers, but it has been restricted over the years because of heightened immigration laws or safety concerns.

Digitalization has enhanced safety and efficiency, but new technology requires the upskilling of seafarers at a faster rate than before. Ships are now operating in a heightened regulatory environment, as well as an increasingly unstable geopolitical landscape.

RK: Seafarers have always risked being collateral damage in any conflict, and sadly that hasn’t changed with the Ukraine crisis. One thing that has changed is how pirates operate. In the Gulf of Aden, the piracy model was to hijack the ship and seafarers and demand a ransom. In other parts of the world, it has become more about armed robbery, looting and siphoning off cargo. We are concerned this latter model has become more prevalent and more violent. 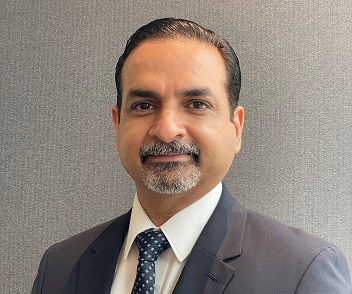 More positively, the roll-out of internet and broadband on vessels has made it easier for seafarers to stay in touch with loved ones. That’s a big change from when I was at sea. I once got stuck outside a port in Argentina because of congestion and bad weather. I was engaged and had no way of directly contacting my fiancée. Eventually I got ashore on a water barge and was able to reassure her I wasn’t getting cold feet! I got home 15 days later than planned to Delhi, but fortunately made it home four days before the wedding and we’ve been married for 25 years.

Q: The contribution of the shipping industry and seafarers to the world economy is enormous. However, the industry faces a talent shortage. What can be done to make the job more attractive and how can working conditions be improved?

NC: I’m reminded of the words of Efthymios Mitropoulos, former Secretary-General of the International Maritime Organization (IMO), who said, “Without shipping, half the world would freeze and the other half starve.” Shipping carries 90% of the world’s trade but staff shortages since the pandemic are a concern. A report by the International Chamber of Shipping and the trade association BIMCO predicted a need for an additional 89,510 officers by 2026, yet there was a shortfall of 26.240 certified officers in 2021. The IMO, United Nations General Assembly, and International Labour Organization (ILO) have all adopted resolutions urging governments to designate seafarers as key workers, with 65 IMO member states having already done so. The Neptune Declaration is attempting to tackle the crew-change crisis, while the Maritime Labour Convention sets out minimum working and living rights for seafarers. So, work is being done, but we need to do more.

RK: What happened during the Covid crisis, with crews stuck for months on board vessels, has done lasting damage to how shipping is perceived. As Nitin says, some initiatives are pushing for change, but the fact that the seafaring community often feels like secondhand workers compared to those on shore must be addressed by the ship-owning community and stakeholders.

Crew quarters have shrunk as ship owners have sought to maximize cargo space, so whatever space we have needs to be of higher standards and cater to seafarers’ physical and mental health. Mental stress has a direct correlation with safety on board ships as human error is one of the primary causes of incidents. Decent shore leave is also important for seafarers’ wellbeing – seeing the world is a highlight of a life at sea.

We need to emphasize the positives of seafaring to the young men and women who are willing to explore it – it’s a steep learning curve that can build great skills for a future career, it can pay reasonably well and take you all over the world.

NC: My time at sea was rewarding and enriching. As a character-building profession, it’s second to none. Dealing with contingencies and crises can be a trigger for personal development like emotional intelligence and self-management – essential traits for an effective leader. With post-pandemic pent-up demand for goods being released, shipping companies are seeing record profits. Is it unreasonable to expect them to allocate more resources to the wellbeing of their crew?

I anticipate better times ahead for those who decide to continue their career on board and thereby inspire the next generation of seafarers to take on the adventure at sea.
Source: Allianz