The Presidential elections in the US, due in a few months could bring a shift in energy policy, affecting not only the US, but the global oil market and with it the tanker market as well. In its latest weekly report, shipbroker Gibson said that “for the oil and tanker markets, the Trump Presidency marked a notable shift in global politics, energy markets and international trade. Early on, the Trump Administration withdrew from the Paris climate agreement and soon started to use sanctions to exert it’s political will, taking a hard stance on Iran and Venezuela, leading to severe declines in crude production and exports from these countries. Back in 2018/19, the US/China trade war saw a dramatic fall in Chinese imports of US crude. Following the signing of the Phase One Trade Deal and once China’s oil demand recovered from the effects of the coronavirus related lockdowns, bilateral crude trade has moved to record levels, averaging around 0.7 million b/d during the 2nd quarter of this year versus hardly any trade during Q4 2019 and Q1 2020. However, more recently the US/China political relationship has hit perhaps its lowest point in decades, with the two countries clashing repeatedly over trade, coronavirus, and Hong Kong. In the last few weeks, the world has witnessed the closure of the Chinese consulate in Houston, sanctions on both Chinese and US officials, and Trump’s push to ban popular video sharing network TikTok in the US. It is unclear at this stage how the recent escalation in US/China tensions could impact the crude trade. For now, purchases remain strong and Chinese Charterers have booked tankers for August/September loadings, but clearly the latest political developments represent a viable threat”. 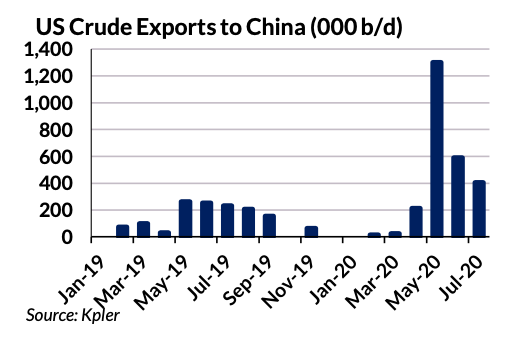 According to Gibson, “what is even more uncertain is whether the US policy will stay its course, following US presidential elections. Although Trump’s senior advisers are insisting that the election will go ahead as planned in early November, the Covid-19 outbreak in the country could force changes to this timeline. Yet regardless whether it is in November or later, elections represent a real possibility of change”. 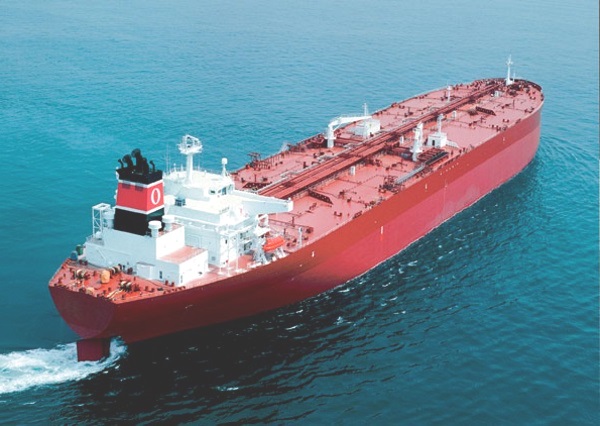 The shipbroker added that “most important, perhaps, is the Joe Biden pledge to focus on clean energy to fight climate change. Democrat lawmakers unveiled energy plans that would require the US to bring its net greenhouse gas emissions to zero by 2050. The proposals include requiring power producers to achieve net zero emissions by 2040, force oil and gas producers to phase out routine flaring and US carmakers to produce only electric cars by 2035. In contrast, President Trump was quoted saying to “never let the great US oil and gas industry down”. The election could also significantly change Iran’s future. In the past, Biden on many occasions favoured diplomacy and strong US support for international engagement. Back in January, Barrack Obama’s former Vice President suggested that one of the options to de-escalate the tensions with Iran is for the US to resume the dialogue with its European partners, raising the possibility that US could re-join “the Iranian deal”, known as the Joint Comprehensive Plan of Action (JCPA)”.

“In terms of relationships with other countries, Joe Biden is also campaigning a popular “get-toughwith-China” message, although again he appears to be willing to change tactics in order to revive the dialogue. US policy towards Venezuela and the opposition to Maduro regime may not change dramatically, as the democrat presidential nominee was one of the first US politicians to voice his support for Guaido’s interim presidency. The result of the US presidential election is still too early to call, although Joe Biden has been leading the polls, with the gap between two presidential candidates widening since June. However, if there is indeed the change of power in the White House, it could bring with it some fundamental shifts once again”, Gibson said.
Nikos Roussanoglou, Hellenic Shipping News Worldwide