A Shifting Refinery Landscape Could Lead to New Tanker Routes

Chinese refiners are expected to take the global lead in the coming years, capacity-wise. This dominance could lead to new trade patterns in the crude tanker market. In its latest weekly report, shipbroker Gibson said that “the crude oil sector has experienced a devastating 12 months. The Covid-19 pandemic has decimated demand, and currently at least, there is no definitive end in sight. Circumstances have also impacted the refining sector, although it was already undergoing a geographic shift before the pandemic hit. The sector as a whole was facing overcapacity which has been exacerbated by the pandemic. Indeed, refiners across the globe have been forced to make difficult and long-lasting choices. The pandemic has served to highlight the shift in product demand to the East, with new, more sophisticated facilities stealing market share away from older plants in the developed nations. China in particular is leading the way in new capacity additions to serve both regional and domestic demand and will soon challenge for the United States crown as the world’s largest refiner”. 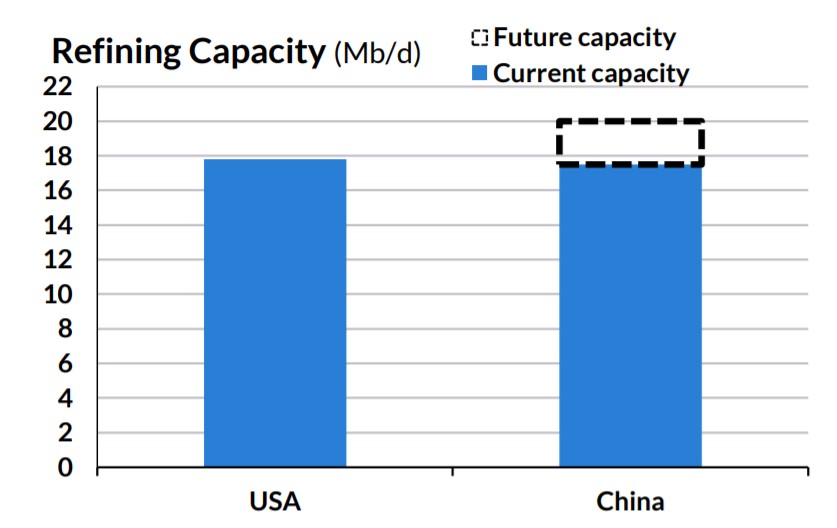 According to Gibson, “according to the IEA, US refining capacity is currently 18.4 million b/d. However, recent news that Shell was closing its Convent refinery in Louisiana and that various other refineries are or will be mothballed will mean that long-term refining capacity in the US will contract. This is in contrast to the refinery expansion currently being undertaken in China. Rongsheng Petrochemical’s giant 400 k b/d Zhejiang complex in northern China is currently being commissioned. In addition, work has begun on the Yulong refinery and petrochemical complex in Shandong, which once complete in 2024 will be able to process 400 k b/d. Also, there are plans for additional plants that will add a further 400 k b/d. However, this new refining capacity will see some of the older, smaller and less economic teapot refineries close, meaning overall refinery throughput will remain below average US levels for a little while longer”.

The shipbroker added that “despite Asia leading the demand recovery, it is not just the Western nations where refining capacity continues to contract. Australia is a case in point where 473 k b/d of capacity has confirmed its closure, most recently with ExxonMobil converting the Altona refinery in Australia to an import terminal. Elsewhere in Asia, Shell has already shuttered its Tabangao refinery in the Philippines and is set to reduce capacity at its Pulau Bukom refinery in Singapore by 2022, meaning the region will lose at least 700 k b/d of refining capacity. China’s geographic location and advanced new refinery capacity will place the country in pole position to fill the supply shortfalls left by shuttered refining capacity, which will become particularly prominent once demand fully recovers from the pandemic. This will provide a refocus of trading lanes for the product tankers, not just within Asia, but possibly further afield”. 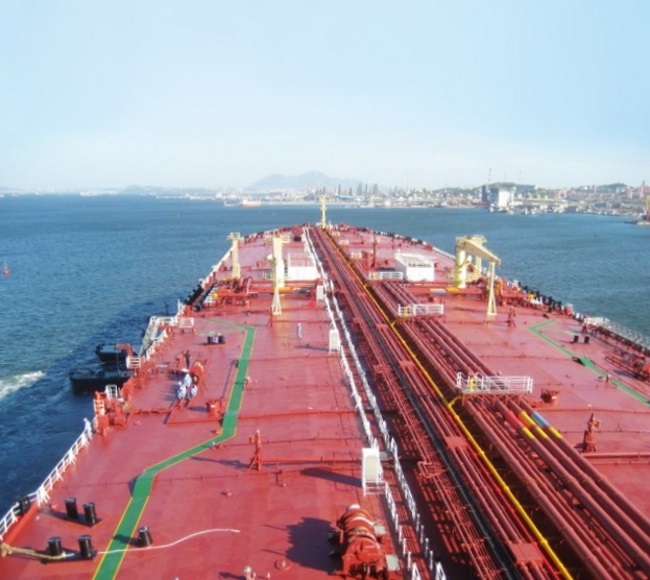 Gibson concluded that “so, with increasing capacity in China, and the closure of refineries and declining utilisationrates in the US, China is expected to surpass the US as the world largest oil refiner. Its refining capacity has nearly tripled since the turn of the millennium as it tries to keep pace with rapid demand growth both within the country and export demands. The country’s crude processing capacity is forecast to reach 20 million b/d by 2025, up from the current 17.5 million b/d according the China National Petroleum Corp.’s Economic & Technology Research Institute. The rise of Chinese refinery capacity will have a knock on effect on the global refining capacity. The IEA have already highlighted that they expect more refineries to be mothballed or permanently closed in the near future, on top of the 1.7 million b/d that closed during 2020. New Chinese capacity could be the cause of further refinery closures. Will the market be able to adjust to the new dominance of the Chinese refining complexes? Only time will tell”, the shipbroker said.
Nikos Roussanoglou, Hellenic Shipping News Worldwide

Previous: Capesize Market Quietens Down
Next: U.S. tells G7 that it is back at the table to help with global recovery