Things could start to improve in the dry bulk market in the months to come, should a trade agreement between the US and China materialize over the next few weeks. In its latest weekly report, shipbroker Allied Shipbroking said that “the dry bulk market continues to face a significant amount of hammering, despite the slight positive track that has been laid down during the past few weeks. It has become ever more apparent that beyond the issues being faced in the iron ore trade as part of the disruptions brought about by Vale’s second deadly dam burst in less than four years are but only a small part of the problems at hand”.

According to Mr. George Lazaridis, Head of Research & Valuations, “amongst the three main dry bulk commodities, namely iron ore, coal and grains, no one of these seems to be without its issues. Coal, as put forth in our previous analysis is still facing considerable hurdles due to the environmental concerns it raises. Adding to this the “lighter” winter conditions noted in the key markets of China, Japan and South Korea and its underlying market drivers seem to have taken a notable tumble compared to what we were seeing back in early 2018. Most would argue against this, pointing to the more positive signs seen for this commodity’s longer-term outlook, referencing amongst other points to the additional 1bn tonnes global coal-fired power capacity (mainly in Asia) that is reported to be either under construction or going through the approval stage right now. Yet this is of little consolation to owners in today’s market, as the current imbalance will take some time to properly correct, through a considerable boost in demand”. 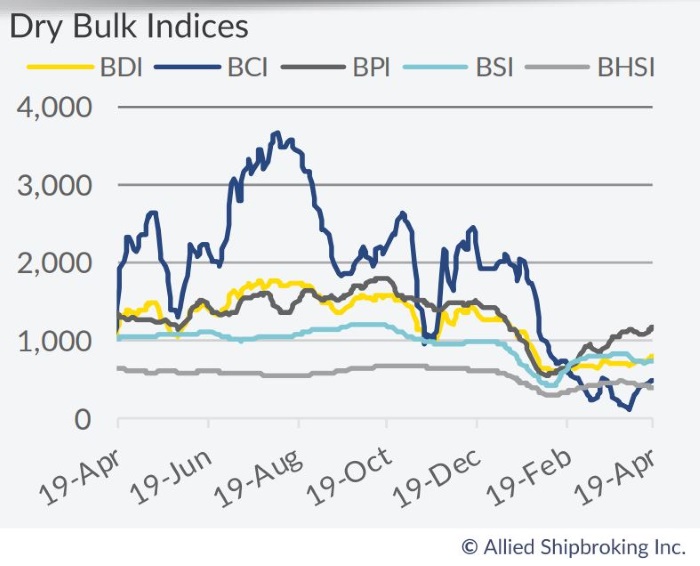 Lazaridis said that “yet as it seems it has been the third in line amongst the most important commodity trades in the dry bulk market that has caused most of the issues being noted in the medium and smaller sized segments. The problems that have been faced over the past 12 months seem to have mainly passed under the radar. We have all reported over this time frame the escalating tensions that have emerged between the US and China and have more than once named the retaliatory tariffs that have been placed by each during each step of the way, but as it seems there were many in the market at the time that had greatly underestimated the overall effect this would have on the trade and underlining freight rates for most of the vessels involved. A prominent example of this has been that of the soybeans trade between these two economic powerhouses, which went from an annual average of more than 30 million tonnes per year, down to 8.3 million during 2018”, he noted.

“Things may well be looking brighter now, with February noting 4.6 million tonnes of soybean imports from the US to China, marking it the first month that we would note a year-on-year increase in the level of imports into China since the trade dispute began last year. Adding to this, the fact that the two seem to be fairly close to reaching some sort of agreement and China committing to buy at least 20 million tonnes of US soybeans annually and you may well have some of the groundwork set for a sharp recover to be noted over the next two months”. 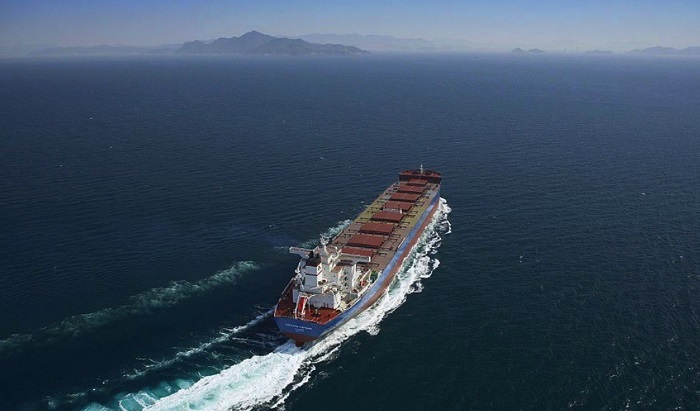 Allied’s analyst added that “obviously, this is highly dependent on everything going the “right” way in the trade talks over the next month or so and that an agreement between the two can be reached relatively quick. Given all this and despite the more promising developments being seen of late, it looks as though it will take time before we see a notable correction in the overall picture of the dry bulk market. Some size segments may well take much longer to see positive signs then others (namely the Capesize market), yet given that the underlying supply fundamentals are still positive and look to be intact, a case for things to either remain as they are now or to get a whole lot worse seems to be very hard to fathom”, Lazaridis concluded.
Nikos Roussanoglou, Hellenic Shipping News Worldwide

Uncertainty is Starting to Set in the Tanker Market

Dry Bulk Market: Capesizes Stalled After a Strong Start to the Week