From its creation three decades ago to its market leading position in global shipping today, Azipod® propulsion has revolutionized marine transport with its unparalleled performance, efficiency, sustainability and reliability.

First seen on the Finnish icegoing vessel Seili in 1991, Azipod® electric propulsion has clocked over 20 million running hours at an impressive availability rate of 99.9 percent, while saving about 1,000,000 tons of fuel in the cruise segment alone.

Over three decades, ABB has developed Azipod® propulsion to meet varied and ever-changing needs of shipping companies, bringing higher performance for all kinds of vessels. Today, over 25 different vessel types rely on Azipod® technology – from cruise ships to cargo carriers, icebreakers, ferries and superyachts. In total, ABB has sold over 700 Azipod® units over the course of 30 years.

“ABB has played a pioneering role in electric transportation for more than a century. The launch of the Azipod® technology in 1991 marked a new era in ship propulsion and has firmly established ABB’s contribution to reducing the environmental impact of the maritime industry. I am convinced that this state-of-the-art technology will continue to play a major part in supporting our role as a front runner in sustainable transportation,” said Björn Rosengren, CEO of ABB. 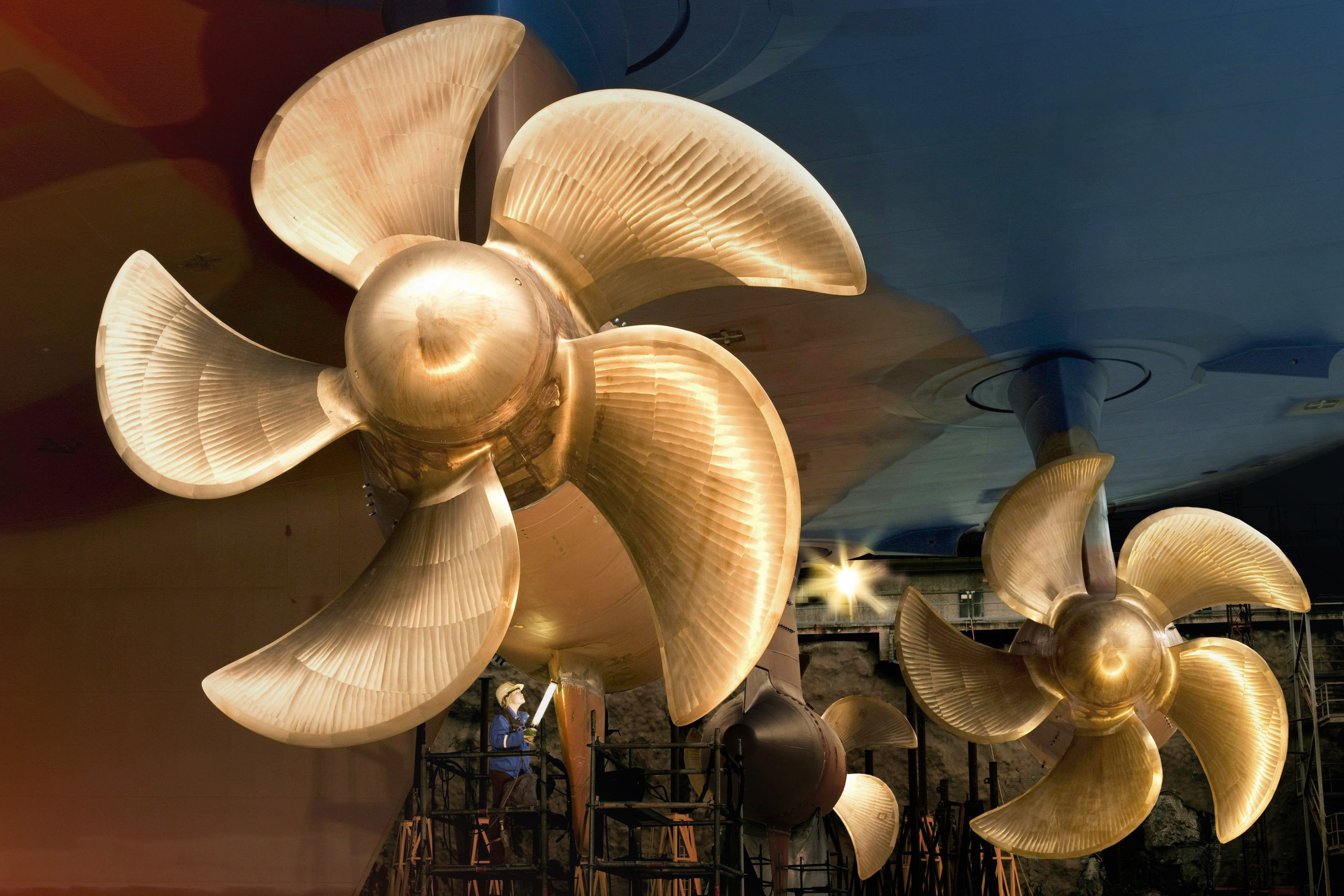 Azipod® propulsion has set numerous records in the shipping industry, from powering the largest cruise vessels to enabling the first crossings of the Northern Sea Route for tankers without icebreaker assistance.

“Azipod® technology will help any vessel type cut cost and carbon footprint, both because it is a superior propulsion solution and because it further improves the greater efficiency inherent in electric propulsion,” said Juha Koskela, Division President, ABB Marine & Ports. “An independent study in 2019 showed that Azipod® propulsion could help ferry owners save $1.7 million in annual fuel costs per vessel while cutting CO2 emissions by approximately 10,000 tons. With International Maritime Organization’s goal to halve greenhouse gas emissions from ships by 2050, I am confident that Azipod® propulsion will be driving sustainable shipping in 30 years’ time, and beyond.” 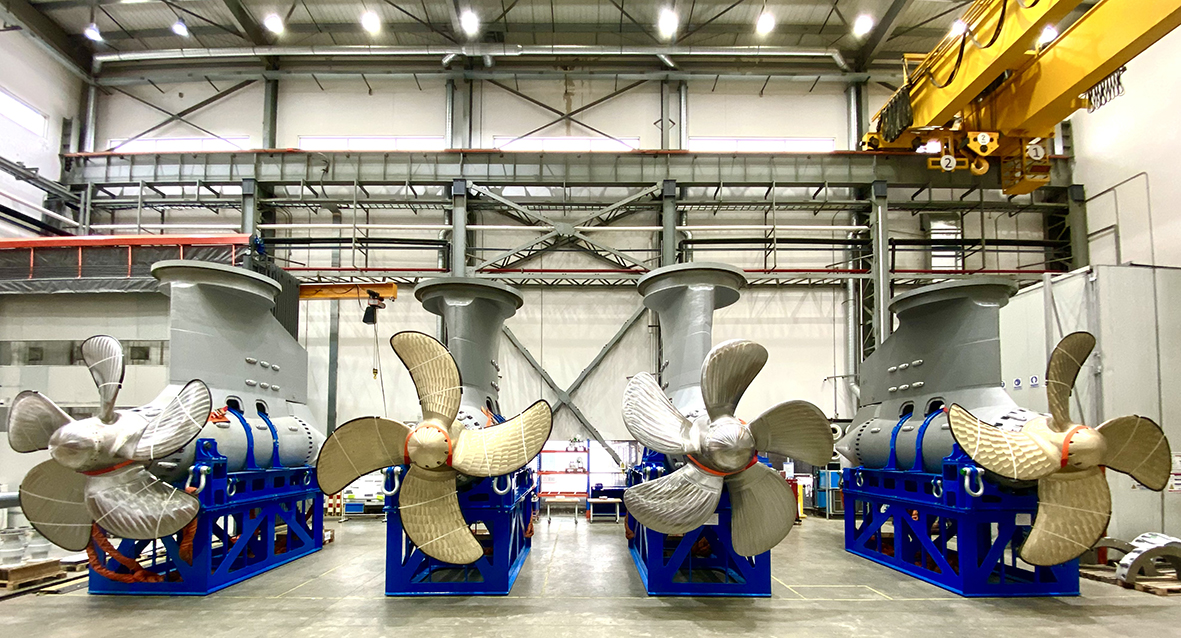 With the electric drive motor housed within a pod outside the ship hull, the Azipod® system can rotate 360 degrees, increasing maneuverability and allowing even the largest vessels to dock in harbors where turning circles are restricted. Crucially, Azipod® propulsion also improves operating efficiency, boosting a ship’s hydrodynamic performance and cutting fuel consumption by up to 20 percent when compared with a traditional shaftline setup. Space saved by locating the motor outside the ship allows for more flexible design and frees up space for cabins, cargo or other features. 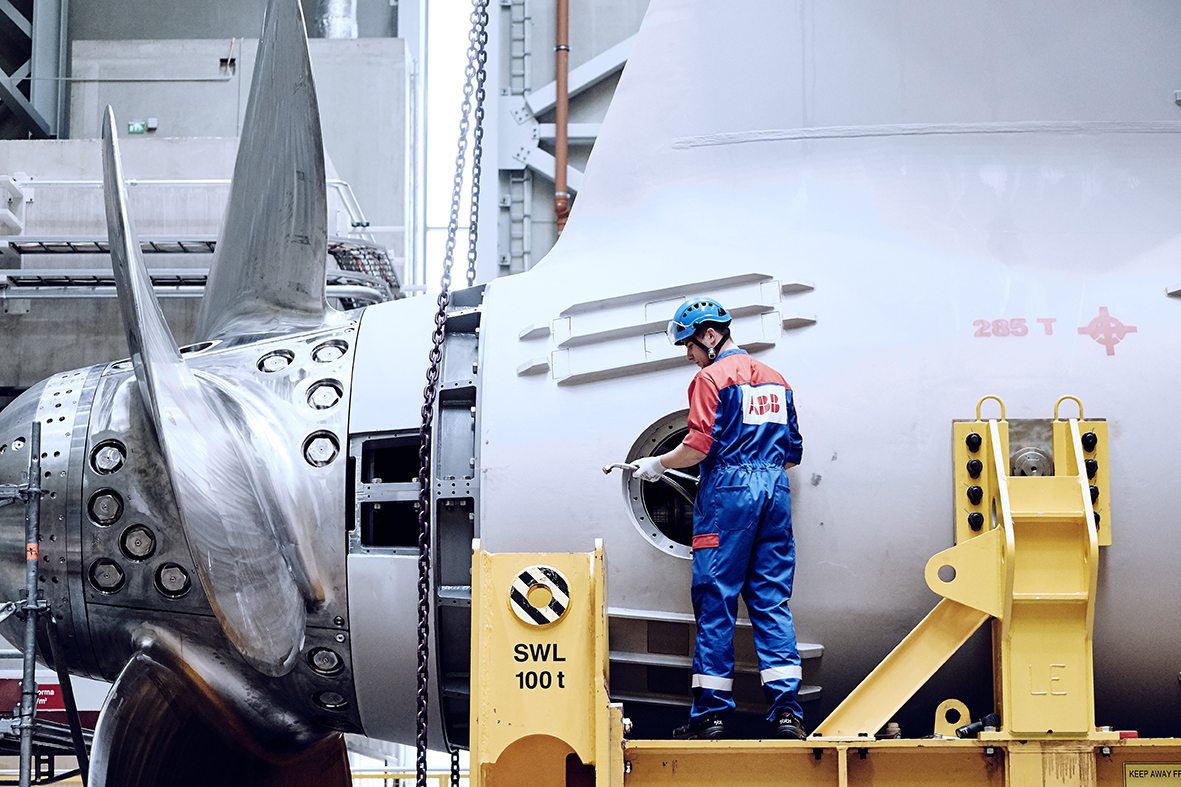 Azipod® propulsion was initially designed as a future-proof system able to adapt to virtually any energy source. With the electric drive motor at its core, the Azipod® system can be powered by electricity drawn from different energy sources including batteries and fuel cells, and shipowners can add or exchange power sources as they evolve. Electrical power minimizes engine noise and vibration as well, ensuring a smoother, quieter ride.

An integral part of the vessel’s overall electrical propulsion setup, the Azipod® technology seamlessly integrates with power systems and equipment on board. ABB’s Propulsion Control System ensures communication with onboard systems, while ABB’s Power and Energy Management System (PEMS™) controls the overall power distribution. The combination of the Azipod® system and ABB’s electric propulsion setup makes it possible to configure the equipment for optimized performance, resulting in increased efficiency and lower emissions. 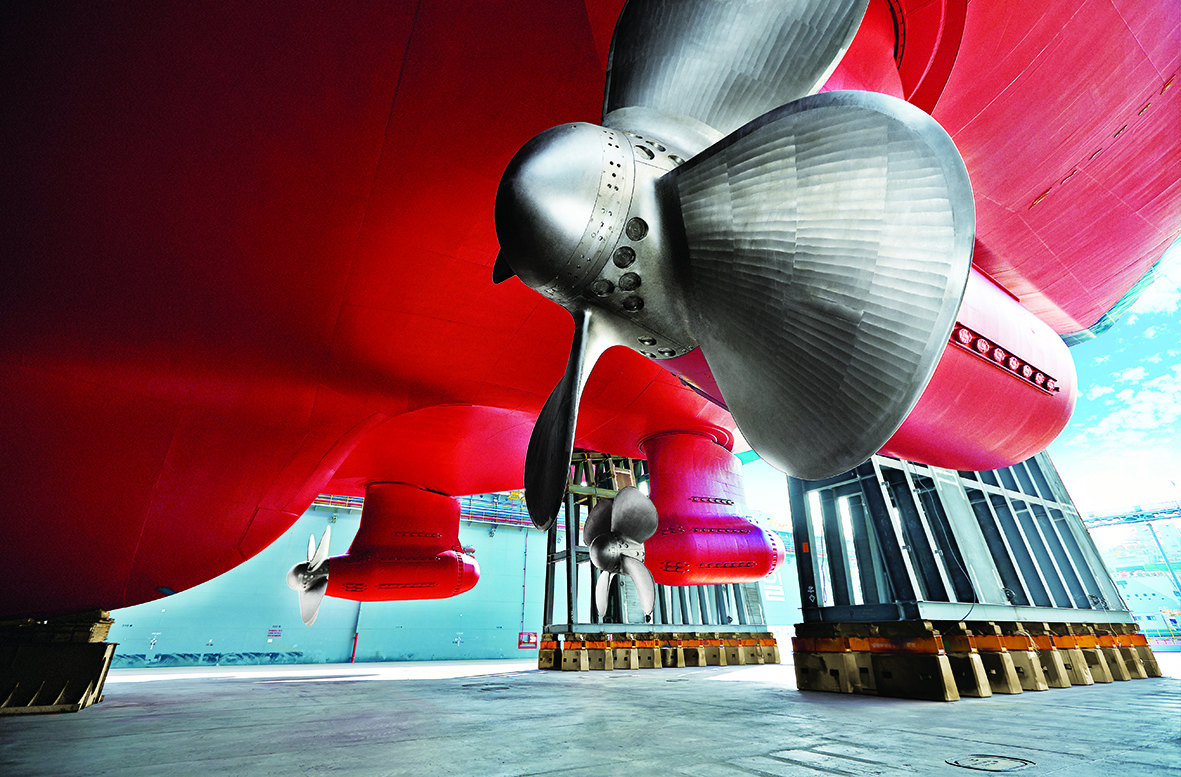 Azipod® unit power ranges from 1MW to 22MW, with different models delivered from two Finnish plants and one in Shanghai. Successive generations have been refined for enhanced hydrodynamics, space efficiency and structural strength, and for easier installation and maintenance. Up to 95 percent of the material used in the production of Azipod® units is recyclable, testimony to the sustainable lifecycle perspective that guides the development and application of this remarkable technology.

ABB (ABBN: SIX Swiss Ex) is a leading global technology company that energizes the transformation of society and industry to achieve a more productive, sustainable future. By connecting software to its electrification, robotics, automation and motion portfolio, ABB pushes the boundaries of technology to drive performance to new levels. With a history of excellence stretching back more than 130 years, ABB’s success is driven by about 105,000 talented employees in over 100 countries.
Source: ABB