Africa is finally seeing the benefits from the recovery in crude prices as companies ramp up drilling from Algeria to Namibia.

The rigs are returning and wildcatters are getting excited again after a years-long hiatus during the oil-price slump. From majors like Total SA to independents like Tullow Oil Plc, companies are snapping up exploration rights and doing deals.

“When you go for business development, trying to acquire licenses or make partnerships in West Africa, you can sense the competition,” Gilbert Yevi, senior vice president of exploration and production for Sasol Ltd., said in an interview in Cape Town. “It’s like a new California gold rush.” 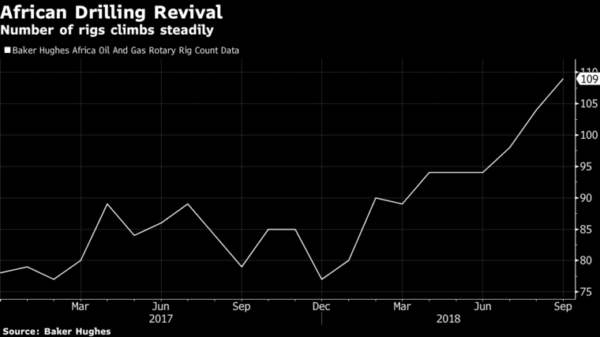 Just a year ago Africa’s upstream was a very different story. At the continent’s biggest oil and gas conference, crude seemed like it may just hold at $50 a barrel over the long term. Beyond the activity of Africa-focused explorers like Tullow in Ghana, exploration in most countries was in a rut.

But as Africa Oil Week returns to Cape Town on Tuesday, nations throughout the continent are planning to sell exploration licenses or move ahead with major projects.

And the prize — for both companies and countries — could be huge. There could be at least 41 billion barrels of oil and 319 trillion cubic feet of gas yet to be discovered in sub-Saharan Africa, according to a 2016 U.S. Geological Survey report.
Source: Bloomberg

Port of Newcastle has become the first port in Australia or New Zealand to be certified by EcoPorts, the global environmental and sustainability standard for the ports sector