Ageing Tankers Employed in Illicit Trades, Instead of Heading for Scrap

Larger and ageing tankers have enjoyed a second lease of life through their employment in moving Iranian or Venezuelan barrels. In its latest weekly report, shipbroker Gibson said that “last year saw a notable increase in tanker demolition, recording the second highest number of tankers (above 25,000 dwt) scrapped since 2020 on the back of depressed industry earnings. Activity was particularly robust in the Handy/MR segment, with over 50 tankers in this size group reported for demolition sales in 2021, whilst nearly 20 units have also been reported so far this year”. 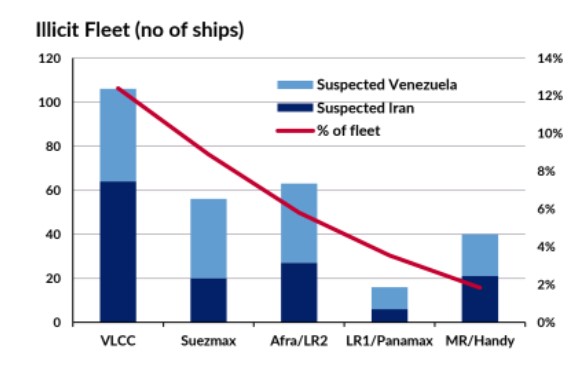 “Nonetheless, whist some categories enjoyed and ultimately benefitted from robust scrapping activity, demolition sales for larger crude carriers, in particular VLCCs remained constrained. Just 12 VLCCs were scrapped last year, with one further sale reported so far in 2022, although a few more vessels permanently involved in storage operations were also reported for demolition sale. As a result, the VLCC fleet continued to age, with 10% of the existing fleet built in 2002 or earlier and another 4% built in 2003. Scrapping in the Suezmax segment has been more active compared to VLCCs; yet the percentage of ageing tankers in these categories is proportionally similar, with vessels built in 2003 or earlier accounting for 14% of the existing fleet”, Gibson noted.

According to the shipbroker, “we have long argued that the lack of demolition in the larger tanker segment is due to employment opportunities for ageing tankers to move Iranian and/or Venezuelan barrels. If anything, this trend has become even more pronounced since last year, with a list of tankers associated with sanctioned trade continuing to grow. As of now, 12% of the existing VLCC fleet and 9% of the Suezmax fleet are linked with the Iranian and/or Venezuelan trade. There are more vessels suspected to be involved; but the evidence so far has not been conclusive. Overall, tankers involved in illicit trade represent a sizable portion of the fleet, accounting for the vast majority of vessels built in 2003 or earlier. Once these units commence trading sanctioned barrels, they disappear from the mainstream international market. In addition, sanctioned trade operations appear to be highly inefficient, with most vessels being able to load (or seen/suspected to load) once or twice a year, with plenty of time spent in ballast waiting to load or laden waiting to discharge. Of course, tankers involved in such a trade, often go dark, making it much harder to obtain accurate picture of what is happening exactly. Yet, export data provides further evidence of the inefficiency of illicit operations. Kpler estimates that between May 2021 and April 2022, Venezuela and Iran exported 0.55 mbd and 0.73 mbd respectively. Assuming that all these barrels are destined to China with a 30/70 split between Suezmaxes and VLCCs, if operations were efficient, theoretically just 20 VLCCs and 30 Suezmaxes would be needed for this trade”, Gibson said. 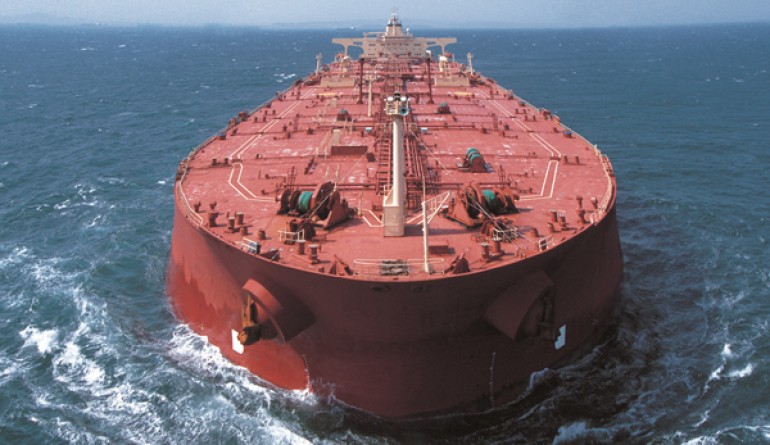 “With more and more ageing vessels moving into illicit “closed” trades, there are not many tankers in this age group left in the conventional market, particularly if vessels involved in fuel oil/crude storage are taken out of the equation. According to our estimates, just 18% of VLCCs and 27% of Suezmaxes built in 2003 or earlier are seen as actively trading. Ageing tonnage seen regularly storing is unlikely to return to active trade; however, the future of those involved in illicit operations is uncertain. International efforts to reach a compromise with Iran and Venezuela have intensified in recent months and if sanctions related to Iranian and/or Venezuelan crude exports are eased or removed, then competitive, internationally traded tankers are likely to gain dominance in this market. For the “ghost” fleet this could facilitate demolition, but with Western governments increasingly moving away from Russia, at least some of those ships are likely to find new employment opportunities”, the shipbroker concluded.
Nikos Roussanoglou, Hellenic Shipping News Worldwide