Algoma Central Corporation, a leading provider of marine transportation services, announced the signing of a definitive agreement to acquire the interest held by Oldendorff Carriers GMBH & Co. (Oldendorff) in the CSL International Pool (the Pool) including the three vessels owned by Oldendorff operating in the Pool. As a result of the transaction, Algoma’s interest in the Pool will increase to approximately 40%.

The Pool consists of 18 self-unloading vessels ranging from handy-sized to panamax and provides specialized shipping services to a range of customers along the coasts of the Americas and in the Caribbean. Algoma currently owns five vessels operating in the Pool. As a result of this transaction, Algoma will acquire the handy-sized m/v Alice Oldendorff, and the m/v Harmen Oldendorff and the m/v Sophie Oldendorff, both of which are panamax vessels, for US$100 million. The deal is expected to close late in the second quarter of 2019. 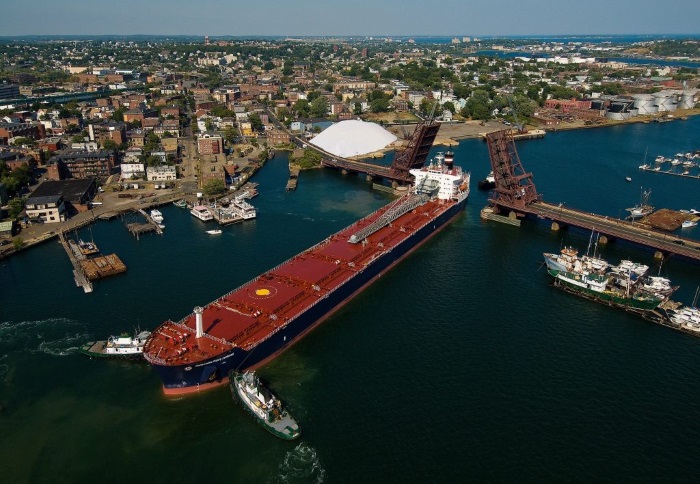 “Increasing our participation in the Pool has been a strategic interest for Algoma for some time and the completion of this transaction is aligned with that intent,” said Ken Bloch Soerensen, President and Chief Executive Officer of Algoma. “During 2018, we assumed technical management of our existing Pool ships and opened a new office in Fort Lauderdale with an expanded technical staff. We expect to assume technical management of these three ships seamlessly on closing.”

Algoma expects to fund the transaction principally from the proceeds of the refund guarantees from the cancellation of four Croatian shipbuilding contracts.

“Redeploying the proceeds of the refund guarantees in this manner enables us to put those funds to work quickly in a business we know well with attractive returns”, said Peter Winkley, Chief Financial Officer of Algoma. “Although a decision is pending on the replacement of the vessels that were to have been built by Uljanik shipyard, we expect to fund any instalments required on such replacement contracts from operating cash flows and available credit facilities.”

Algoma has been involved in ocean self-unloaders since 1998 when the Company acquired a 50% interest in Marbulk Canada Inc. (Marbulk), then an independent operator of five self-unloaders converted for ocean use. Marbulk joined the current Pool in 2000. Marbulk’s original ships have now retired and in the intervening years Algoma’s ocean subsidiary, Algoma Shipping Ltd., acquired a direct interest in the Pool, growing its fleet to five vessels prior to this acquisition.
Source: Algoma Central