The coronavirus outbreak has resulted in a surge in business for e-commerce firms including Amazon while also putting significant strain on both long-distance and last-mile delivery services. Amazon’s withdrawal from last-mile deliveries in the U.S., with the suspension of Amazon Shipping as reported by Reuters, may reduce competitive pressures for UPS and FedEx. It appears, however, that Amazon will retain its long-haul forwarding service for exporters from China to the U.S.

Panjiva’s data shows that Amazon’s forwarding service on U.S. seaborne inbound routes has far outpaced its competition in March, with a 134% year over year increase in shipments handled. It is worth noting that while there has been a 56.5% drop since January’s peak there was also a 42.0% seasonal drop in the same period of 2019. Leading users of Amazon’s service in Q1 included furniture distributor Ameziel and hydroponics specialist Sinowell.

By contrast, as outlined in Panjiva’s research of April 14, there was a 10.1% drop in total U.S. inbound volumes including a 5.8% decline for UPS and a 19.2% reduction for FedEx.

AMAZON DOWN FROM PEAK, STILL WELL UP YEAR OVER YEAR 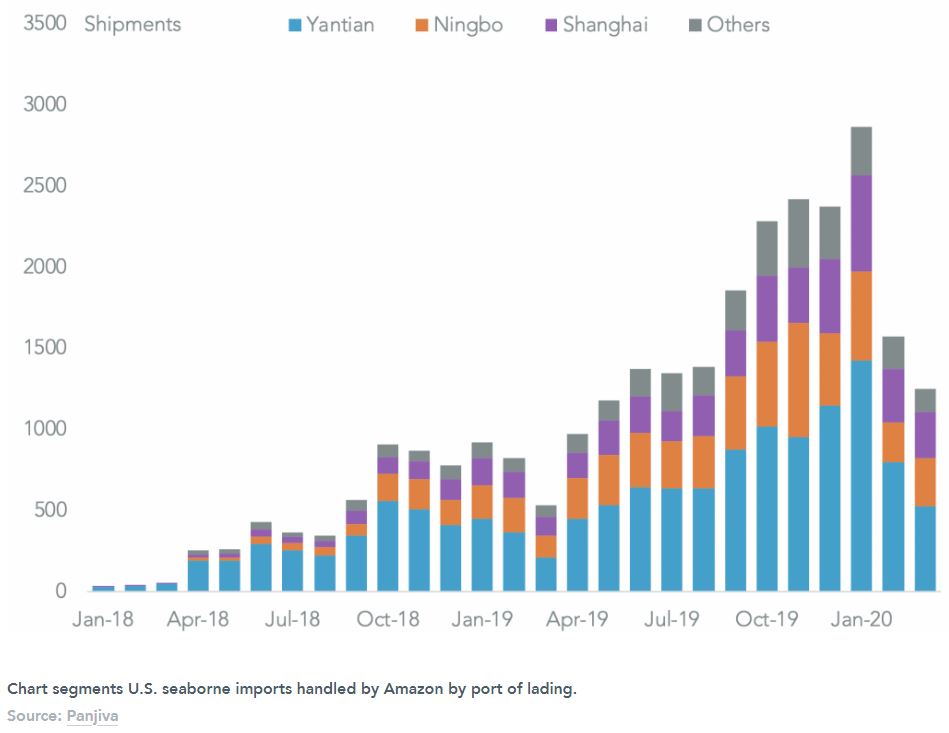 Amazon uses a wide range of container shipping companies to carry its freight, with no individual container-line accounting for more than 29.3% of the total in Q1. That was Maersk, which increased its share from 19.4% in Q4 2019, in part at the expense of CMA-CGM – which dropped to 10.3% from 14.0% – as well as a degree of consolidation among other shipping service providers. 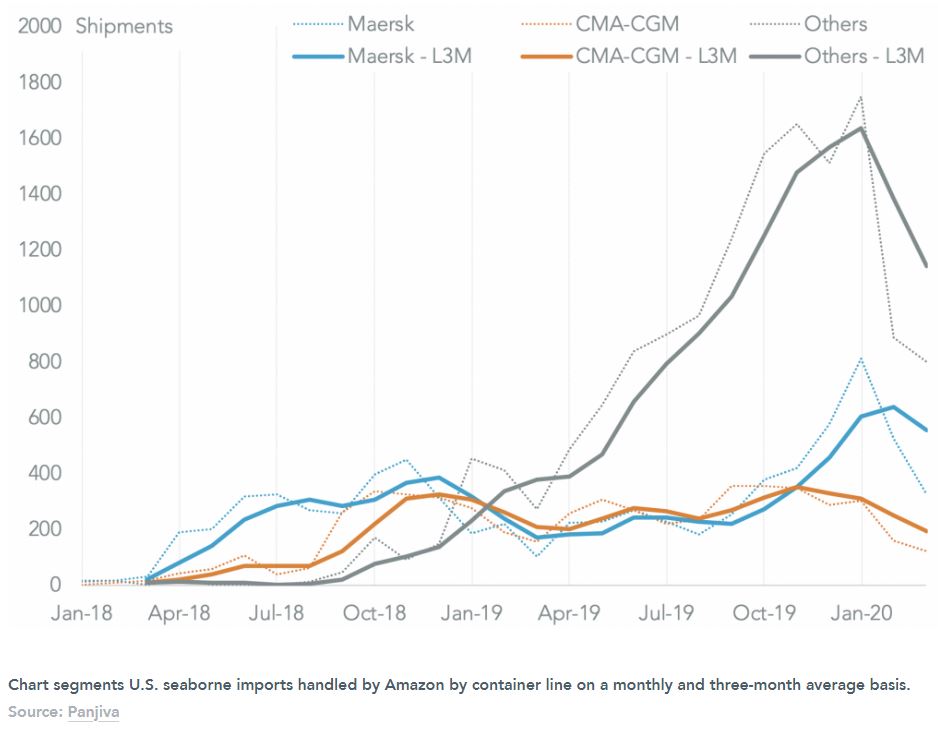