The American Club recently made market presentations to its considerable constituencies of Members, brokers and other friends and supporters in both London and Athens. Its gathering in London on December 3 was hosted at Trinity House, while its reception in Athens on December 5 took place at the Yacht Club of Greece in Piraeus. The presentations provided a full spectrum of up-to-date information concerning the Club’s mutual and fixed premium business.

They also included a report on recent developments at American Hellenic Hull Insurance Company, Ltd., a Cyprus-based subsidiary of the Club and a leading hull and war risks underwriter with a growing portfolio of high-quality international clients. Those present at both events heard how the Club’s recent decisions in regard to supplementary calls were aimed at balance sheet strengthening and the normalization of key financial indicators. For the 2020 renewal, although no standardized, or general, increase was being sought by the Club, its Board expected to see a year-on-year increase in the pricing of risk for 2020 of a magnitude reflecting future exposure. This policy was intended to embrace not only the need for cash rises but also, as individual cases might dictate, changes in deductibles and/or other terms of entry. 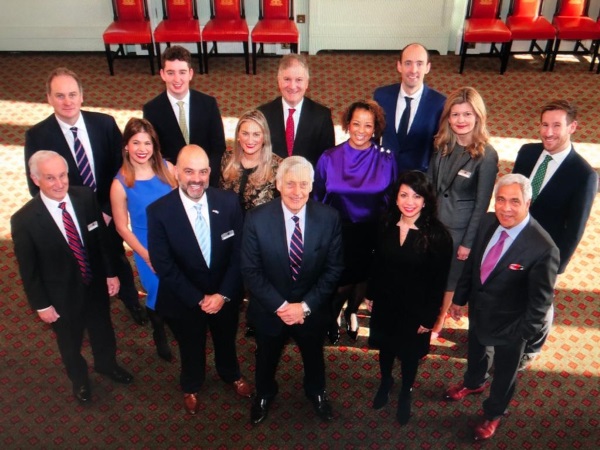 Eagle Ocean Marine, the American Club’s fixed premium product aimed at the operators of smaller vessels in local and regional trades, continued to exhibit both solid growth and respectable profitability. Against a background of upheaval in recent times among other insurers in this space, Eagle Ocean Marine was now widely regarded as a haven of acknowledged quality to those seeking a gold standard of coverage and service. In explaining the background to recent developments at American Hull Insurance Company, Ltd., its CEO, Mr. Ilias Tsakiris, pointed to the steady development of its business plan which continued to see an expanding client base and rising premium rates. The hardening of the market over the past twelve months had given further impetus to American Hellenic Hull’s financial development and, most importantly, growing profitability during the second half of the year.

This was an encouraging sign both for the hull underwriter itself and for the contribution it made to the American Club’s business. There was every reason to expect continuing success into 2020 and beyond. In addition to Mr. Tsakiris, Mr. Vince Solarino, President and Chief Operating Officer of SCB, Inc., the Managers of the American Club, and Ms. Dorothea Ioannou, SCB’s Chief Commercial Officer, also described recent operational changes which had been made within the Managers’ offices across the world. Specifically, they referred to the augmentation of the Managers’ capabilities through the reorganization of their existing resources, the recruitment of new professional talent, both at headquarters and overseas, and other initiatives aimed at securing further success over the years ahead. Mr. Joe Hughes, Chairman and CEO of SCB, Inc., noted that 2020 would mark the twenty-fifth anniversary of the implementation, in 1995, of the American Club’s strategy of growth and diversification, then entitled Vision 2000. 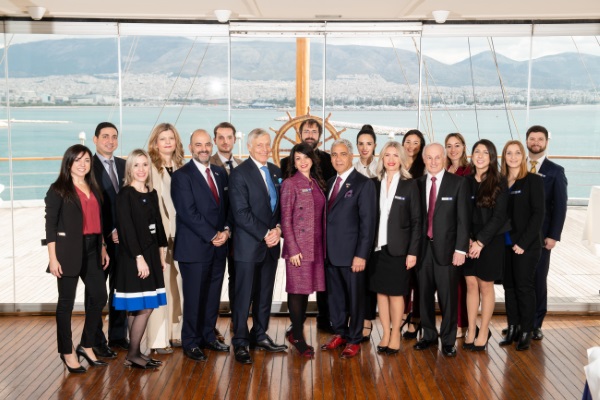 Over the intervening years, and through several business cycles, the Club had been successful in building a market presence and range of proficiencies exponentially greater than those it possessed when that strategy began. This augured very well for the future. In reviewing trends affecting not only P&I but the market at large, Mr. Hughes said that the “great claims moderation of recent years” had ended. Premium erosion continued to challenge operating results while the solid investment returns for 2019 – at least as experienced by the American Club – would be challenged by a cloudy outlook for 2020. Mr. Hughes continued: “An urgent need has arisen for the proper calibration of risk pricing to exposure. With the landscape at Lloyd’s and elsewhere undergoing transformational change, it appears that the marine insurance sector has reached a secular inflection point. Indeed, the market upheavals of the last twelve months have left much of the industry in a state of flux. But, however this might be characterized, there can be no doubt that recent turmoil foreshadows extraordinary potential for the future. 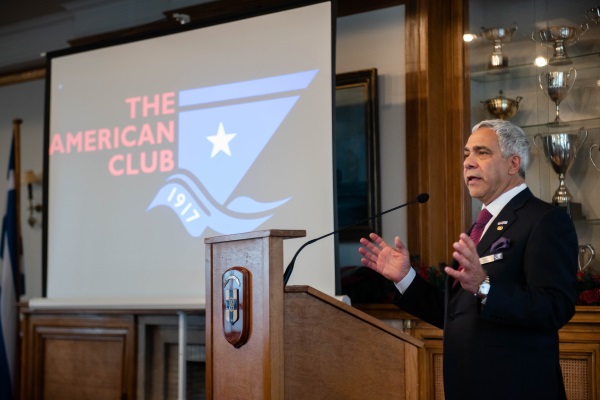 “The American Club, across all its business lines, has achieved much in recent years and great opportunity lies ahead. The Club, Eagle Ocean Marine and American Hellenic Hull are poised to exploit a newly emerging business landscape, Eagle Ocean Marine as a haven of acknowledged quality within its sector and American Hellenic Hull fortified by its increasing profitability and excellent outlook. Above all, service to Members, insureds, brokers and the many other stakeholders in our business will be of paramount importance. Staying ahead of this curve of expectation will remain a critical imperative.

“Despite recent challenges, and those which the future will inevitably bring, the Club, Eagle Ocean Marine and American Hellenic Hull can justifiably look forward to excellent prospects of unsurpassed potential across all business lines as the industry evolves over the years ahead.”
Source: American Club