Another Period of Sanctions in Iran: Will The Tanker Market Benefit?

The Iranian oil market factor is back in play in the crude tanker segment. In its latest weekly report, shipbroker Gibson said that “sanctions are back. From Monday any company trading Iranian crude faces being cut out of the US financial system. The Trump Administration has stated its aim is to reduce Iranian shipments to zero, although few expect this to actually be the case. The Administration appears to have softened its stance, perhaps realising that zero exports are both unrealistic, and potentially economically damaging in terms of oil prices. Friday, Bloomberg has reported that waivers are likely to be granted to eight countries, with the official confirmation expected early next week”. 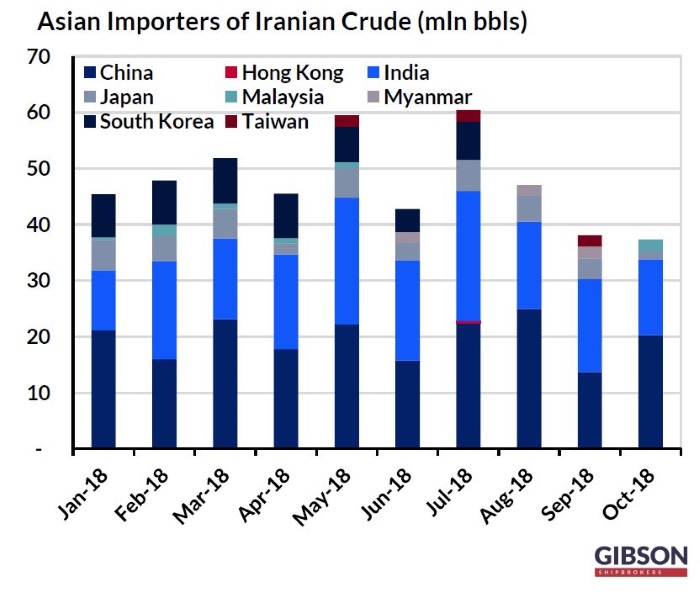 The shipbroker added that “despite this, even Iran’s top buyers during the previous round of sanctions have shown at least some willingness to comply with Washington’s demands. Korea has stopped buying altogether, importing nothing in September, having slowed purchases in previous months. Japan has continued to buy but has steadily reduced its purchases with just one VLCC arriving in the country for October and no known flows for November. Volumes have also eased into the Mediterranean, although some refiners have continued to import up to the wire, with the last Suezmax to come West with Iranian crude currently discharging in Greece. The main Western buyers; Italy, Greece and Spain appear to have now halted all purchases as expected”.

“It is, however, more complicated for other buyers. China, India, Turkey and Syria are all expected to continue purchases, although the volumes remain uncertain. Sinopec and CNPC have publicly stated their intention to skip November loadings citing sanctions concerns, yet overall China is expected to remain Iran’s largest customer. Further muddying the waters, reports of higher volumes of Iranian crude heading into storage in China suggests some Iranian crude could be resold over the coming months.
India also looks set to continue importing, albeit lower volumes. This week the Indian press reported that the country had won waivers from the US, allowing Indian refiners to import 9 million barrels per month up to March 2019, broadly in line with the volumes already expected for November, but below the 17 million tonne per month average imported for the year to date”, said Gibson. 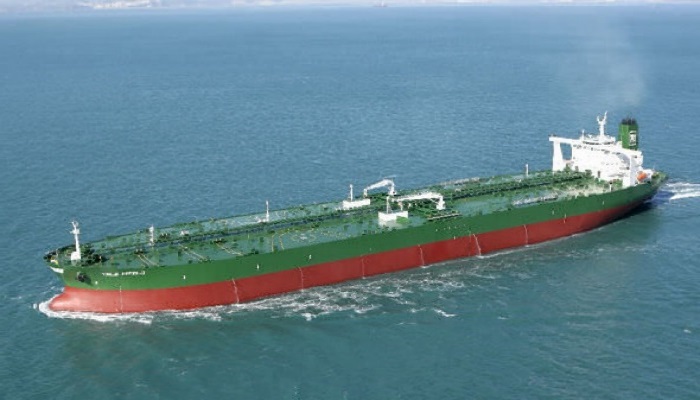 According to the shipbroker, “regardless of any waivers it may receive, Turkey may be in no mood to cooperate with the US given recent relations. However, in reality Turkish refiners will be wary of the US, and have so far reduced purchases as they weigh up the risks of non-compliance. For the tanker market, we maintain our view first highlighted in our September 14th report that Iranian sanctions will benefit the crude tanker market. Quite simply, with Iran’s main customers all seemingly reducing their purchases, they will have to source replacement supplies from elsewhere. Given that these replacement supplies will not be shipped on Iranian tonnage, the wider tanker market will benefit. Some of that effect already appears to have materialised in recent weeks, with higher demand for Atlantic Basin crudes in both the Mediterranean and Asia, whilst Middle East exports (excluding Iran) have also increased over the past month. Questions will remain as to precisely how much Iranian crude is finding its way to market. Tracking Iranian crude flows has already become more difficult in recent months, and increasingly movements will be concealed. Likewise, illicit trading of Iranian crude may also slip beneath the radar”, said Gibson. 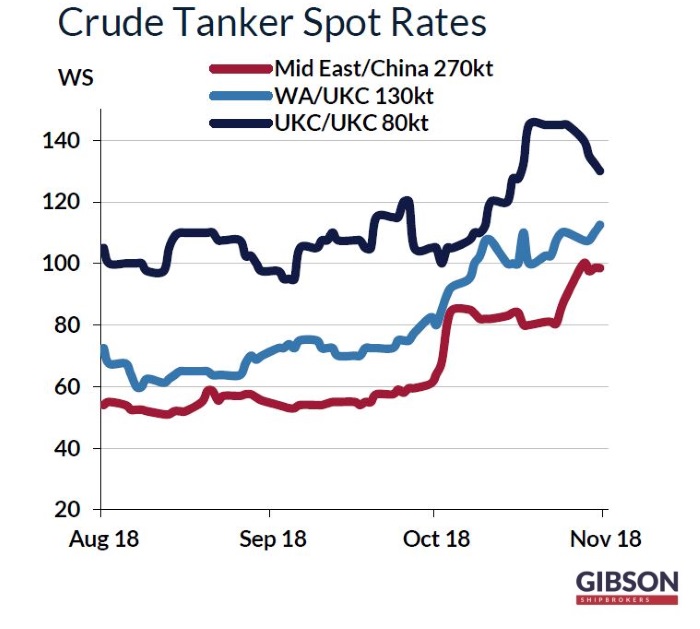 Meanwhile, in the VLCC tanker market this week, Gibson said that “VLCC rates briefly touched 3 figures into China but, it was never really cemented, as something to build on, and subsequent fixtures have now been fixed slightly lower. Last done for a voyage into South Korea was 270,000mt x ws 93 and 280,000mt x ws 37.5 for the US Gulf but, with Charterers keeping things moving at a slower pace, they are hopeful that such tactics will bear fruit and some potential discounting can be realised. After last week’s sharp gains, Suezmax rates have now stabilised at ws 55 West and ws 120 East. Rates are expected to remain steady next week, although there will be more available tonnage in the next fixing window. There has been very little Aframax enquiry from the AGulf region this week and, with ballasters on the horizon from Singapore, options for Charterers remain healthy. However, the strong performing Mediterranean market has attracted the attention of Eastern vessels, which in turn has enabled Owners to maintain steady levels of 80 x ws 140 for Agulf-East”, the shipbroker said.
Nikos Roussanoglou, Hellenic Shipping News Worldwide