Following the launch of MPS Terminal 3 at Tema Port, Ghana on June 28, a high-level Government delegation sat with the terminal’s management team this week. Topics covered included safeguarding Government revenue generation, border security and how to effectively harness maximum economic gains from connecting Ghana’s Trade and Industry to Africa’s single market of 1.3 billion people with a combined GDP of $3 trillion.

Phase-2 development brought forward
During the meeting, Mr Mohamed Samara, CEO of MPS Terminal 3, announced that shareholders had approved the immediate construction of Phase 2 with completion expected by end of 2020, two years earlier than initially planned.

With a depth of 18 meters, the new entrance channel to the Port is one of the deepest in Africa, allowing the worlds’ biggest vessels to enter both today and in the coming years. The harbour basin provides the space to dredge deeper and build additional wharves if required. It can currently accommodate up to 20 berths (depending on vessel size) with MPS operating on 4 berths.

Reduced trade costs and increased volumes
The new MPS Terminal 3 is expected to further improve port productivity and capacity. Anticipated trade-cost reduction will lead to an increase in trade volume and turnover for Ghana importers and exporters. This will in turn generate value to the economy along with the creation of new jobs

A hub port in Tema will connect Ghana to Africa’s consumer markets through direct services, shorter transit times and competitive sea freight rates. It is expected to attract further investment in facilities/factories around Tema Port. 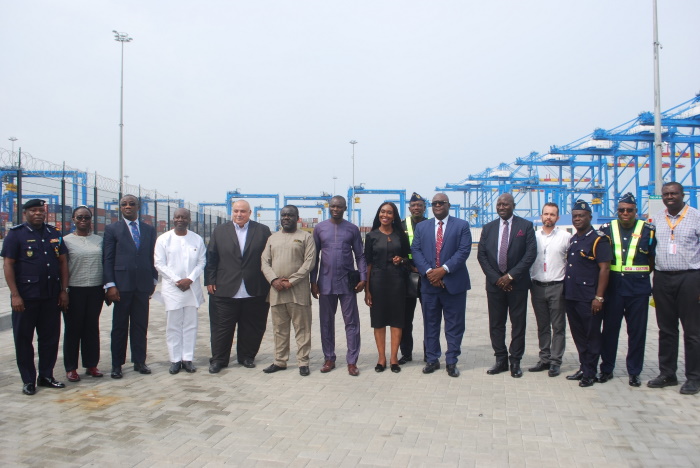 Africa Continental Free Trade Agreement
The Hon. Minister of Finance, Mr. Ken Ofori Atta said, “You came into this investment thinking Ghana, maybe West Africa, but last week Ghana was selected to host the headquarters of the Africa Continental Free Trade Agreement (AfFCTA) so indeed partners, we have a task ahead to transform our 30 million people and $50 billion GDP into a potentially 1.3 billion people and $3 trillion GDP.”

MPS has invested over 24 million dollars in Customs Inspection Infrastructure and Superstructure to facilitate the smooth movement of trade. The terminal is equipped with the latest scanning technology, which according to Madam Dorothy Arhin, head of the Customs Unit at the Import Scanner Building, “Has transformed and added value to the role of customs in port cargo handling.” She described the new technology as a game changer to the customs processes for better transparency.

The Terminal uses a Truck Appointment System (TAS) that allows for freight forwarders to pre-book appointments before accessing the port. This is fully integrated with the Terminal operating System (TOS) to provide process automation for drivers, eliminate congestion and maximize efficiency levels without compromising on security at the Port.
Source: APM Terminals