Appointment of A New Director For Royal Museums Greenwich

Paddy has had a successful career serving as Chief Executive Officer of one of the largest international shipping companies in the world, Euronav since 2000. Having qualified as a solicitor he relocated to Hong Kong where he first worked in shipping. In his nearly 20 years as CEO he has seen Euronav grow significantly; he is steeped in the contemporary maritime world and has taken a keen interest in safety, quality and the environment during his tenure. Paddy also has a passion for history, art and literature and is a Life Patron of the Museum. In 2018 he ran a half marathon to raise funds for the refurbishment of the Altazimuth Pavilion at the Royal Observatory. 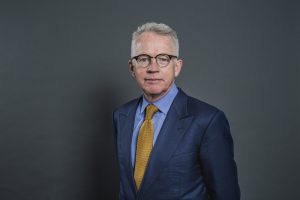 Sir Charles comments, ‘Royal Museums Greenwich comprises the pre-eminent museum in its field, the National Maritime Museum, the world famous Royal Observatory Greenwich, the splendid Queen’s House and the historic tea clipper, Cutty Sark. Paddy joins us on the completion of a hugely successful masterplan project. With his first class links in the maritime industries, demonstrable communication and leadership skills and experience of environmental impacts, the Museum’s Trustees believe Paddy is the right person to lead the Museum on the next stage of our development. We all look forward to his working with us in the coming years.’

Paddy says he looks forward to joining the skilled and dedicated staff at Greenwich: ‘I have been privileged to have been a Life Patron in such an important national institution and I have been very impressed to see its development on so many fronts under Kevin Fewster’s tenure. I am clearly delighted and excited to be joining the team and to lead the Museum into a bright and sustainable future.’
Source: London International Shipping Week