Ardmore Shipping Corporation announced the appointment of Ms. Helen Tveitan de Jong and Mr. Mats Berglund to the Company’s Board of Directors, replacing current Directors Messrs. Albert Enste and Robert McIlwraith, who will retire from the Board.

Helen Tveitan de Jong is Chairman and CEO of Carisbrooke Shipping Holdings Ltd., a specialist owner operator of mini-bulk and project cargo ships controlling a fleet of 32 ships. Previously, Ms. Tveitan de Jong held a variety of senior ship finance roles, including as a founding partner at shipping finance advisory firm THG Capital from 2001 to 2007, and has held several positions as interim Finance Director for shipping companies, most notably in the dry bulk sector, from 2003 to 2017. Ms. Tveitan de Jong graduated with a DRS in Economics from Rotterdam’s Erasmus University in 1992. 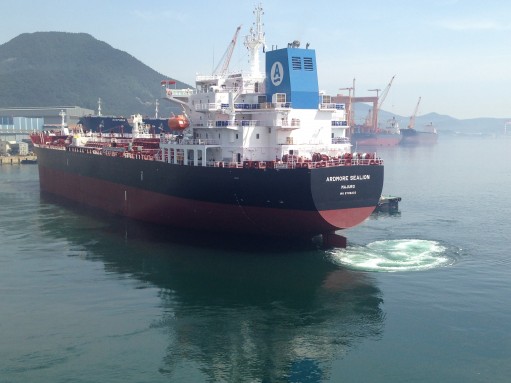 Mats Berglund is the CEO and a Director of Pacific Basin, a Hong Kong-listed owner and operator of drybulk vessels controlling a fleet of over 200 ships. Mr. Berglund has more than 30 years of shipping experience in Europe, the USA and Asia, including as CFO and COO of marine fuel trader Chemoil Energy and Head of Crude Transportation for Overseas Shipholding Group. Previously, he served in a variety of leadership roles across the Stena group of companies, culminating as President of Stena Rederi, Stena’s parent company for all shipping activities. Mr. Berglund holds an Economist (Civilekonom) degree from the Gothenburg University Business School (1986) and is a graduate of the Advanced Management Program at Harvard. He is an Executive Committee Member of the Hong Kong Shipowners Association and serves on the North of England P&I Club Members Board.

Regg Jones, Chairman of the Board of Ardmore Shipping, commented, “We express our sincere gratitude to Mr. Enste and Mr. McIlwraith for their excellent service to the Company for many years, and wish them well in their future endeavours. We are also pleased to welcome Ms. Tveitan de Jong and Mr. Berglund as Directors of Ardmore Shipping. Their extensive industry experience and functional expertise will greatly benefit our shareholders as we continue to strengthen Ardmore’s position as a leading owner and operator of modern, fuel-efficient MR product and chemical tankers.”
Source: Ardmore Shipping