Asia Distillates-Gasoil cracks hit highest in over a month

Asian refining margins for 10 ppm gasoil climbed to their strongest in more than a month on Tuesday, while cash premiums for the transportation fuel inched higher, thanks to a stronger deal in the physical market.

Trade sources said the gasoil market is getting support as lower rates at some refineries have helped cut excess supplies from the region, but the ongoing new wave of coronavirus infections will deter any sustainable demand recovery in the near term.

Refining margins or cracks for gasoil with 10 ppm sulphur content rose 60 cents to $7.22 a barrel over Dubai crude during Asian trading hours, the highest level since June 18.

The cracks, however, might lose steam over the next few weeks as India and China are expected to export higher gasoil volumes this month, compared with June, market watchers said.

Diesel demand typically takes a hit during monsoon months in some parts of the region as heavy rainfall and floods curtail demand for the transportation fuel.

Large parts of China are currently reeling from the worst floods in decades, while intense rain and floods have swamped large parts of India’s densely populated eastern states.

Cash premiums for 10 ppm gasoil GO10-SIN-DIF were at 70 cents a barrel to Singapore quotes on Tuesday, up 1 cent from a day earlier.

SOUTHEAST ASIA BUDGET AIRLINE BOOM TURNS SOUR
Southeast Asian low-cost carriers, a key growth engine for planemakers and leasing companies for a decade before the pandemic, are faltering financially as demand plunges, raising questions over whether they can replace and double their fleets.

Auditors for Malaysia’s AirAsia Group Bhd and Vietnam’s VietJet Aviation JSC are concerned about cashflows and funding, while Indonesia’s Lion Air has put the brakes on a planned flotation. 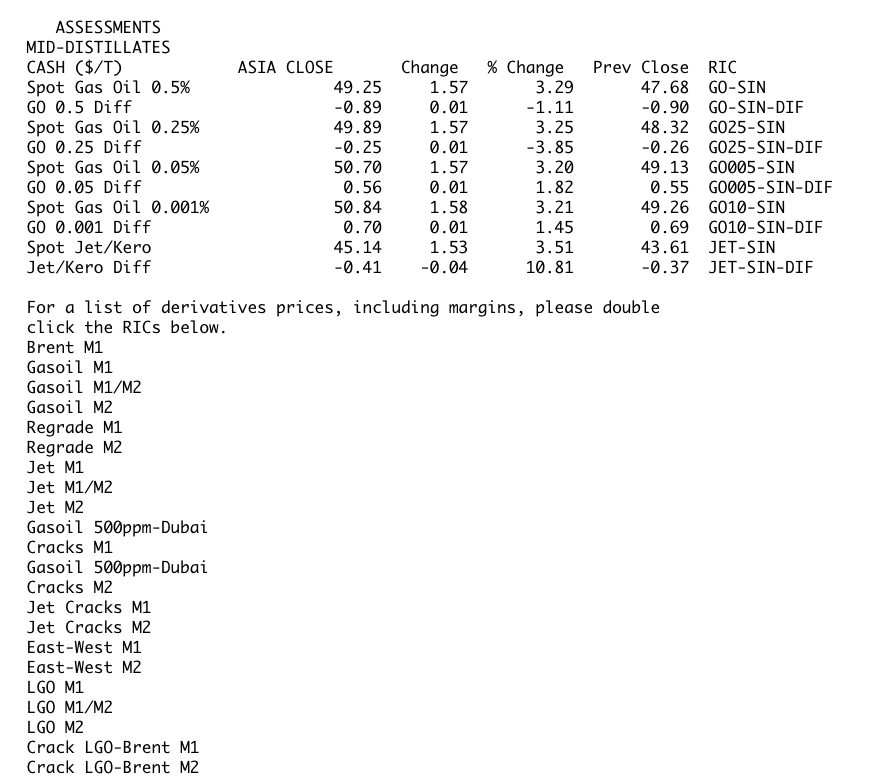