Australia is famous for its commodity wealth. You name it, Australia more often than not has it in abundance.

Liquefied natural gas, or LNG for short, is among that lengthy list.

Already one of the largest LNG exporters globally, Australia could become the largest in the not too distant future. It’s set to surpass Qatar for that title next year, according to Australia’s Department of Industry, Innovation and Science.

As more LNG facilities move from the construction to production phase, LNG, depending on prices, could soon be Australia’s second-largest export item by dollar value behind iron ore. 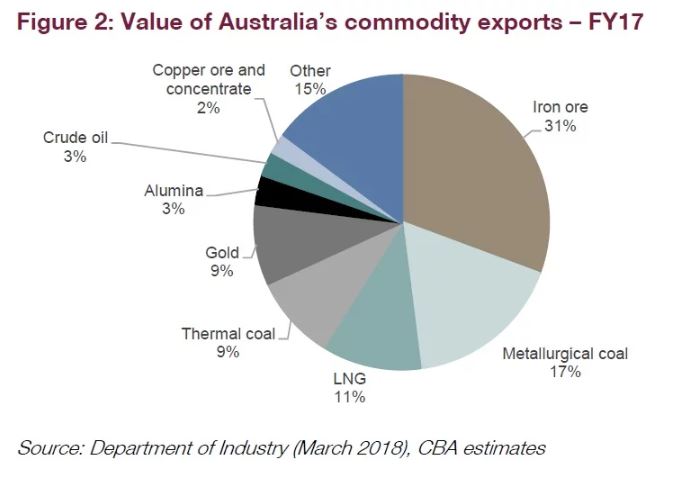 Growth in LNG exports is one factor the Reserve Bank of Australia (RBA) believes will help boost Australian economic growth above 3% per annum over the next couple of years.

It’s also expected to have a bigger sway over the Australian dollar given its influence on Australian terms of trade.

LNG, clearly, is going to be important for Australia.

However, for all the facts and figures outlined above, there’s still one thing that’s not really been answered in much detail. Where is Australia’s LNG shipped to?

Thanks to this chart from Vivek Dhar, mining and energy commodities analyst at the Commonwealth Bank, you now know the answer. 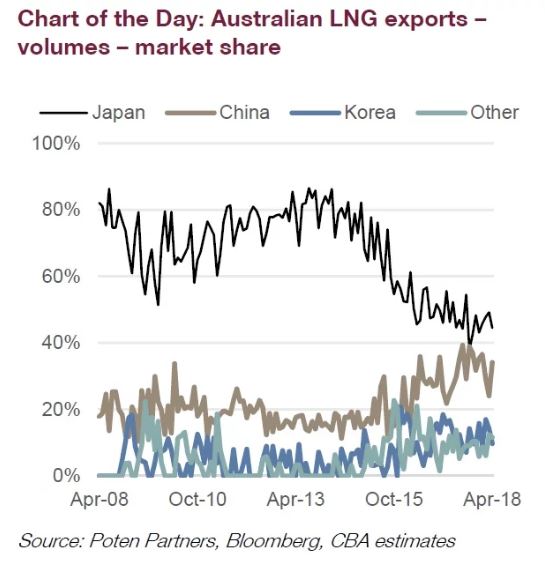 It’s Japan, and by some margin, too.

However, as Dhar explains, China, as is the case with so many of Australian exports, could soon rival Japan as Australia’s number one LNG export destination.

“Japan is still the largest buyer of Australian LNG, but its dominant share has fallen considerably as Australia’s LNG exports have expanded,” he says.

Dhar says that contractual arrangements suggest Japan will retain its position as the number one destination for Australian LNG, but he admits a push to improve Chinese air quality could see the two economic behemoths trade places.

“China could still overtake Japan as Australia’s largest buyer of LNG by the end of the decade given how active Chinese buyers are in the spot market,” he says, adding that spot LNG imports into China surged 21% last year. 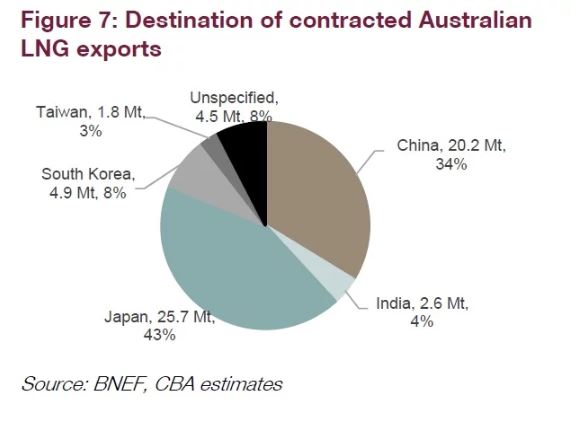