Australia’s Cure for Gas Could Be Worse Than the Disease

Australia has made such a mess of its energy policy in recent years that it’s tempting to think nothing could make the situation worse. Pessimists can take heart, though: Resources Minister Matt Canavan seems to have set out to prove we’re not at rock bottom yet.

The government will start a consultation process to determine if Australia faces a shortfall of natural gas in 2018, Canavan said Monday — potentially triggering export curbs to ensure more is consumed at home. 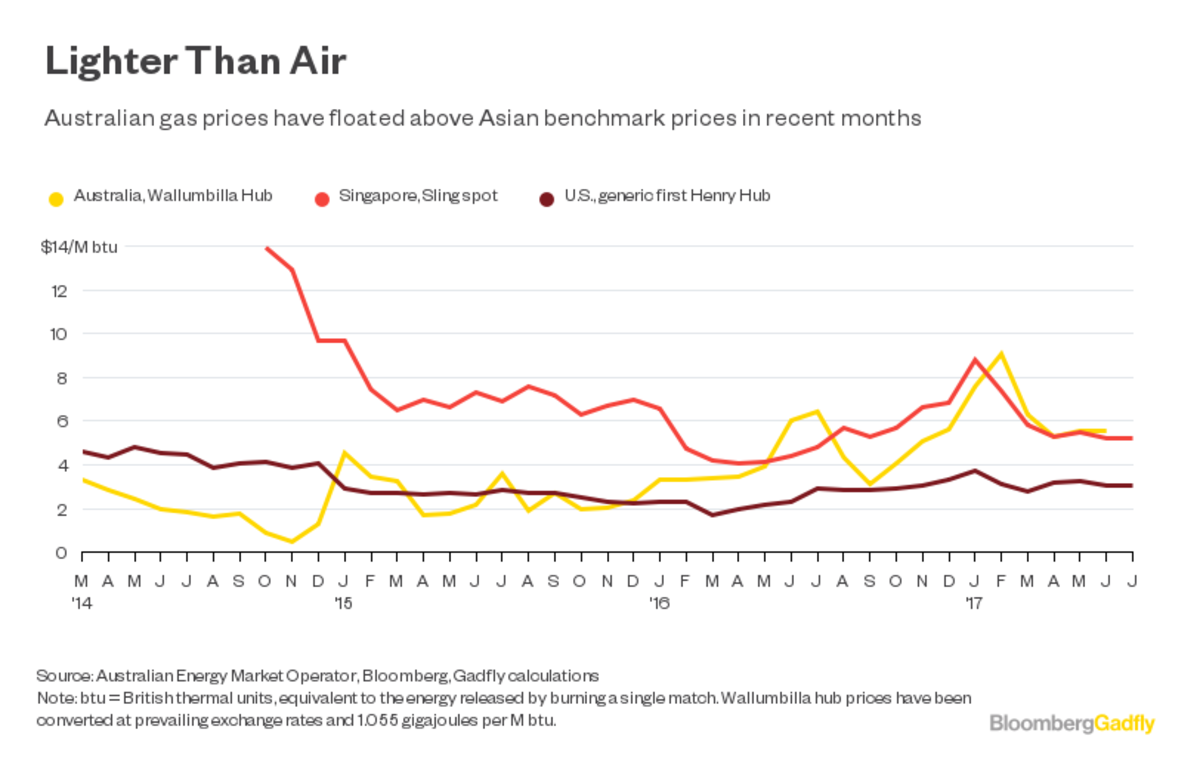 In theory, that could create a temporary glut and push down prices, which have surged from as little 58 Australian cents (46 cents) a gigajoule in 2014 to A$12.64/GJ in February. In practice, the move threatens to exacerbate, not cure, gas-supply problems.

To understand why, look at the type of projects that will be affected. Export restrictions would be a sensible way to hold down prices if production was from conventional fields where supply is pretty much fixed from the moment you stick a pipe into the ground, like those off the northwest coast. 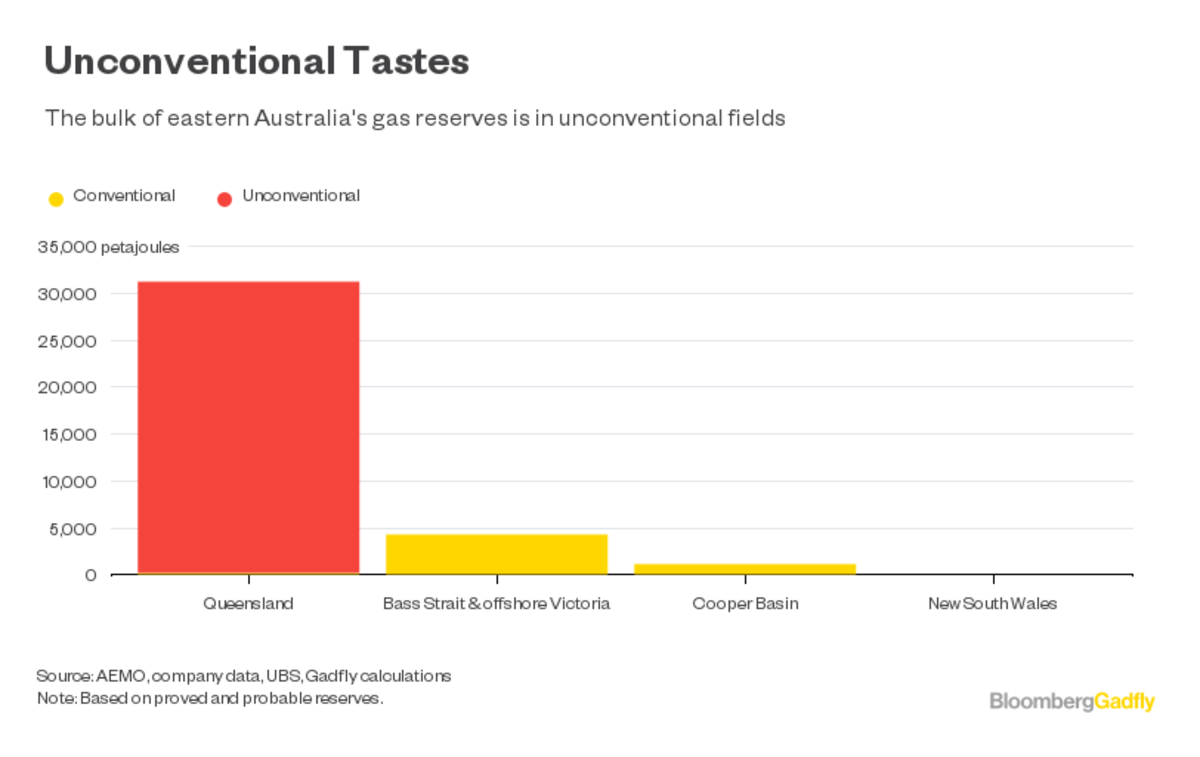 That’s not the case here: In the eastern states around Sydney, Melbourne and Brisbane where most of the population lives and where gas prices have been surging, it’s unconventional gas powered by smaller, shorter-lived wells that’s the key marginal player.

Such fields are bad news for those seeking to bend the market to their will. While conventional petroleum fields can cost billions to develop and run for decades, unconventional wells are cheaper and quicker to start up, and curbing output can be as simple as telling your exploration teams to stay home. As Gadfly’s Liam Denning has written, that dynamic helped neutralize the once-fabled powers of OPEC by creating an oil market that responds nimbly to price signals.

There’s a similar situation in Australia. The QCLNG, APLNG and GLNG liquefaction plants run by Royal Dutch Shell Plc, Origin Energy Ltd., Santos Ltd. and other shareholders are mostly supplied by unconventional coal-seam gas fields in Queensland state. If their developers are unable to sell gas at a profit because of government restrictions, they’ll stop exploring. That will make shortages worse, not better.

It probably won’t come to that. Export curbs are only intended to ensure that gas producers aren’t buying cheap product in Australia and selling it into the international market. But we can already see that’s not happening from the fact that benchmark prices at the Wallumbilla pipeline hub west of Brisbane are higher than those in LNG ships near Singapore, even before factoring in the cost of turning gas into liquid.

Producers are already doing everything they can to sell into the higher-priced domestic market. There’s no reason to think Canavan’s relatively modest restrictions would cause the market to clear at significantly lower prices.

Solving the high price of Australian gas is a worthwhile project, given that it’s probably hindering the phase-out of aging coal-powered generators. One solution, proposed by AGL Energy Ltd., would be to build a regasification plant so that Australia can import as well as export LNG, plugging it into a global market that faces years of gluts. 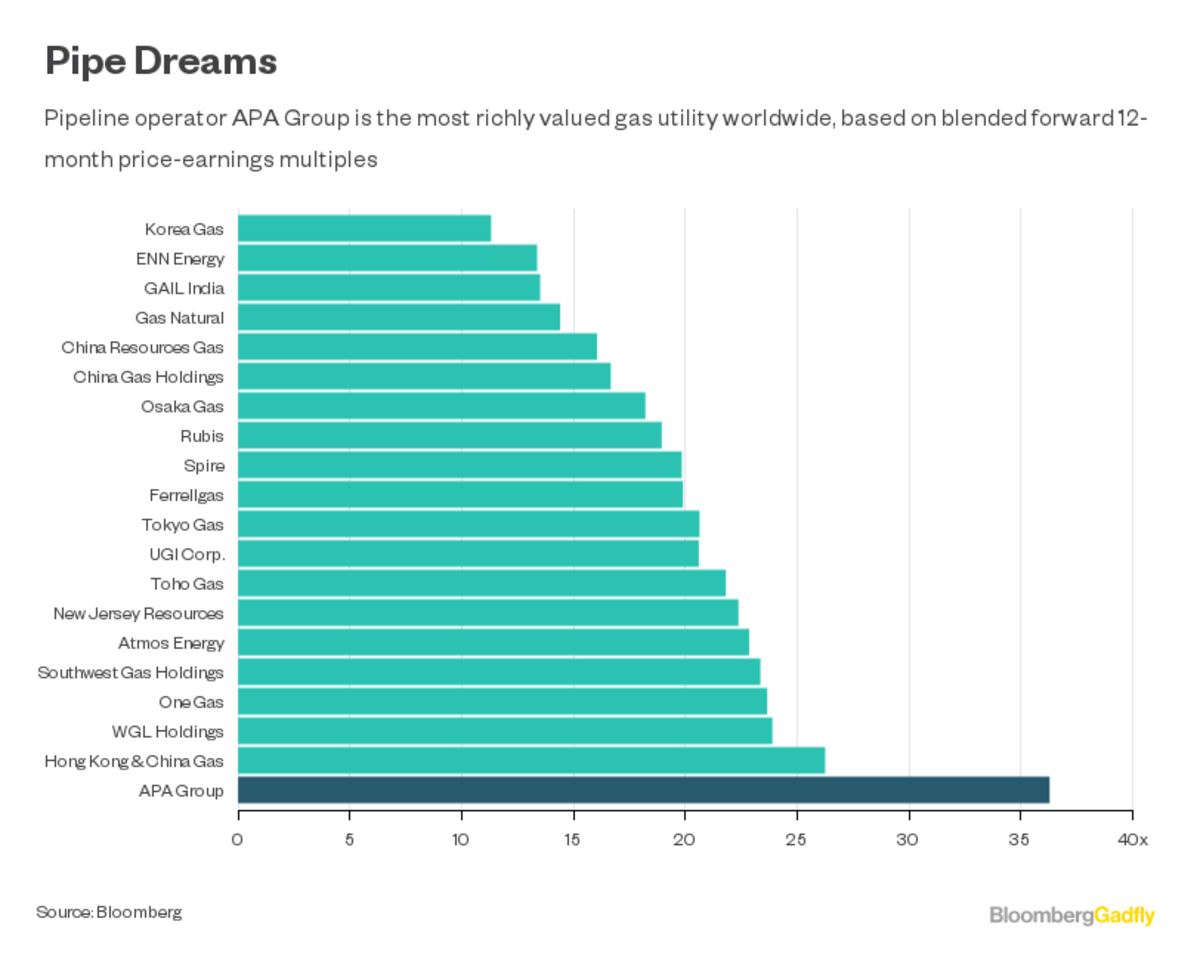 Another would be to build a pipeline to link Queensland’s gas fields with consumers in Melbourne and Sydney. That would reduce transfer costs that make the dominant pipeline operator, APA Group, the world’s most richly valued gas utility.

Both ideas would involve freeing up trade in commodities, where Canavan’s proposal would restrict it. When dealing with combustible gases, it’s best not to work in a confined space.

This column does not necessarily reflect the opinion of Bloomberg LP and its owners.

David Fickling is a Bloomberg Gadfly columnist covering commodities, as well as industrial and consumer companies. He has been a reporter for Bloomberg News, Dow Jones, the Wall Street Journal, the Financial Times and the Guardian.
Source: Bloomberg