None of that alleviates growing investor scrutiny over the sector’s contribution to climate change. Industry leaders who meet Monday at the Australian Petroleum Production and Exploration Association conference are sure to debate domestic gas prices and a supply glut, but activists and executives agree how companies tackle climate change is perhaps the most urgent topic. 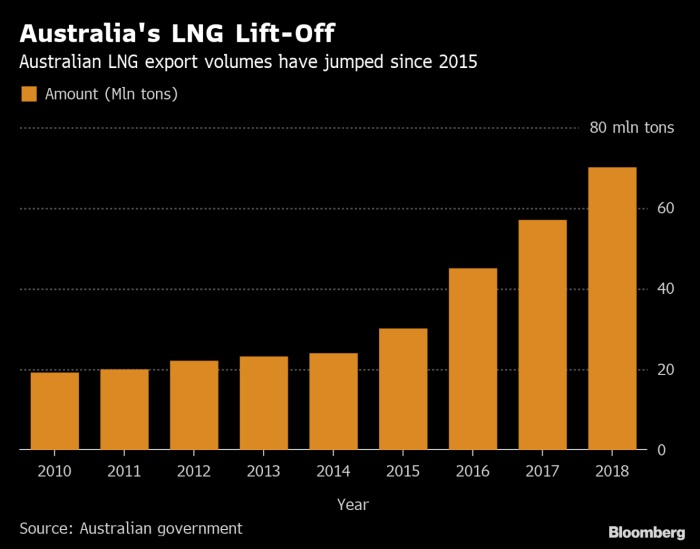 “While the election outcome will reshape the domestic carbon policy agenda, the industry and technology dynamics which investors are responding to remain unchanged,” said Emma Herd, Chief Executive of the Investor Group on Climate Change. “Investors continue to engage with the oil and gas industry to understand how they are positioning for a net zero emissions global economy.”

While the nation’s coal industry garners most of the public’s attention, other fossil fuels are also under pressure for their contribution to climate change. The theme for the four-day event in Brisbane, “Navigating the Future” couldn’t be more apt for the world’s largest liquefied natural gas exporter by capacity.

“We have to do more. Whether we agree with these views or not, they are the views that these particular groups hold on climate change,” he said in a phone interview. “For us as an industry, their perception is our reality. So we need to understand that and work to try and address the concerns.”

The industry group has come under criticism in the past from activist groups.

The Australasian Centre for Corporate Responsibility earlier this year sought to file climate resolutions at the annual meetings of Woodside Petroleum Ltd. and Santos Ltd., one of which asked them to review their membership of industry lobby groups, including APPEA, who it said “have sought to obstruct climate policy for more than a decade.” The resolutions weren’t accepted by either company.

How Australia’s energy producers pursue growth amid a global effort to transition to a less carbon intensive economy will play a key role in investor perception of how companies are tackling climate change.

The country’s gas industry is gearing up for its next phase of expansion, with final investment decisions from Woodside on its Scarborough project and a joint venture including ConocoPhillips and Santos on the Barossa development both due in 2020.

Herd, who’s group represents some of the nation’s biggest pension funds with total funds under management of more than A$2 trillion ($1.4 trillion), said energy companies tend to focus on technology solutions to mitigating pollution caused by their activities, however: “Investment in R&D needs to significantly scale up if technology is genuinely going to be part of the solution.” 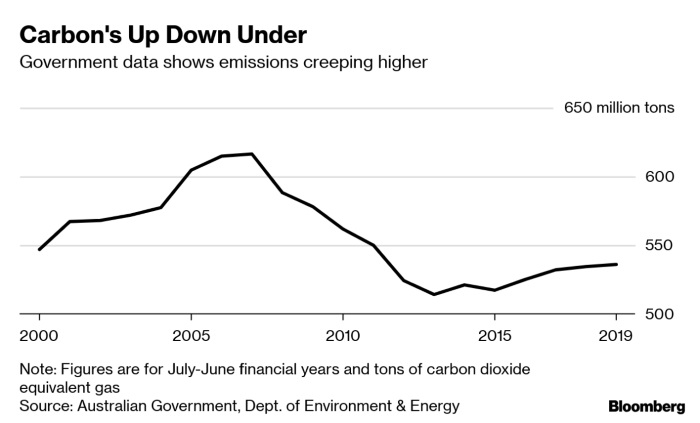 Conference chatter is also likely to focus on the price of domestic gas. The development of three LNG terminals in Queensland in the past decade means that local manufacturers now compete with the export market for gas supply, pushing prices higher. Terminal owners including Royal Dutch Shell Plc and Origin Energy Ltd, are under pressure to offer gas to domestic users at better rates amid calls for more government regulation.

The industry sees boosting supplies as the best answer to the problem. Santos’ Narrabri project in New South Wales is often held up as the touchstone and if approved, the company estimates it could supply up to 50% of the state’s gas needs. However, it has been delayed by a strong anti-fracking protest movement and government approvals.

“At the end of the day we all want the same thing,” said McConville. “We all want a low cost, low carbon, stable, secure energy future. The reality is we are going to need to transition to that and we think we can play an important role.”
Source: Bloomberg