Rystad Energy’s base-case production profile for the Perth Basin in Western Australia has it reaching a peak gas production rate of over 400 million cubic feet per day (MMcfd) by about 2024, surpassing that of South Australia’s once mighty Cooper Basin. Gas in Western Australia currently trades at below A$3 per gigajoule (GJ) on the spot market. However, with LNG production growth slowing and Australian domestic gas demand increasing, the days of gas trading at such depressed levels are unlikely to persist.

“This sets the scene perfectly for the Perth Basin to begin its rise to national if not international significance,” said Daniel Levy, a senior analyst on Rystad Energy’s upstream team, specializing in Australia and the Asia-Pacific region. 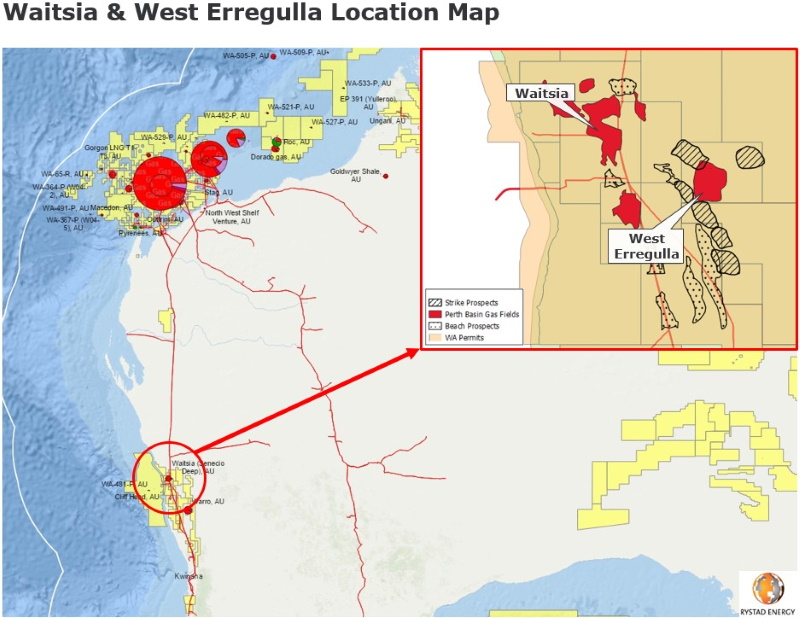 Despite its recent hype, oil and gas in the Perth Basin isn’t a new phenomenon. Gas sales from the basin began in 1971 from the Dongara field via West Australia’s (WA) first gas pipeline. From 1971 to 2014, the basin quietly got on with business, with minor discoveries and modest production. However, in 2014 things got interesting with the drilling of Australian firm AWE’s Senecio-3 well, discovering the 786 billion cubic feet (Bcf) Waitsia gas field and reigniting interest in the basin.

“Add to this Strike’s recent discovery of the 1,185 Bcf West Erregulla field, and the basin now has the potential to eclipse the gas production of the Cooper Basin by as early as 2024,” commented Levy. 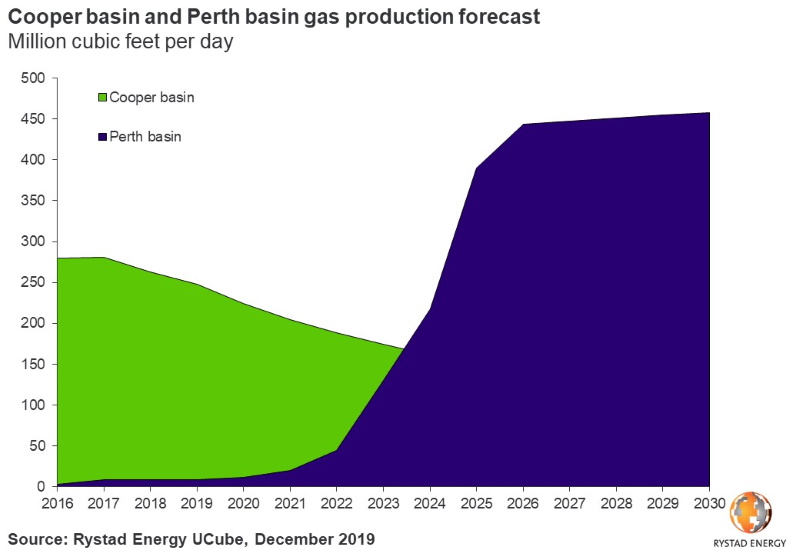 Given the well deliverability of Waitsia and West Erregulla, Rystad Energy expects both fields to be among the lowest-cost gas resources in Australia, requiring just 10 development wells at Waitsia and six at West Erregulla.

Despite the WA gas spot market trading below A$3/GJ, Rystad Energy believes this price point is not representative of the rate at which medium and long-term contracts are being signed. In fact, we believe that less than 10% of the gas transacted in WA is sold at spot rates. Industry consultation has led Rystad Energy to revise upwards our base-case domestic sales price for the region to A$5/GJ, reflecting recent contract rates and expectations of a tightening market over the coming five years.

“Our economic analysis of the basin suggests that its gas can be brought to market for less than A$3/GJ, meaning that even if WA gas prices were to stay depressed, the Perth Basin would still go ahead with a reduced development,” remarked Levy. “Our base-case price forecast has now been revised upwards and is reliant on accessing, at least in part, favorable long-term contract pricing or pursuing an alternative commercialization pathway to the spot market.”

The success of upcoming exploration and the eventual timing and design of the Waitsia Phase 2 expansion will be pivotal moments for the Perth Basin. However, success for the play will depend on more than just finding gas.

“We expect large-scale success to be conditional on the ability of operators to work together, merge or syndicate to ensure access to favorable gas markets,” added Levy.
Source: Rystad Energy

Shipping Is Looking to Benefit from the US-China Trade Agreement