Kongsberg Maritime are proud to announce the world’s first adaptive ferry transit conducted during normal service. This landmark event, which took place last week on a vessel fully loaded with passengers and vehicles and demonstrated fully automatic control from dock to dock, is a key step forward in the integration of autonomous technology into everyday shipping operations. It was made possible by close collaboration between shipping company Bastø Fosen, KONGSBERG and the Norwegian Maritime Authority (NMA). 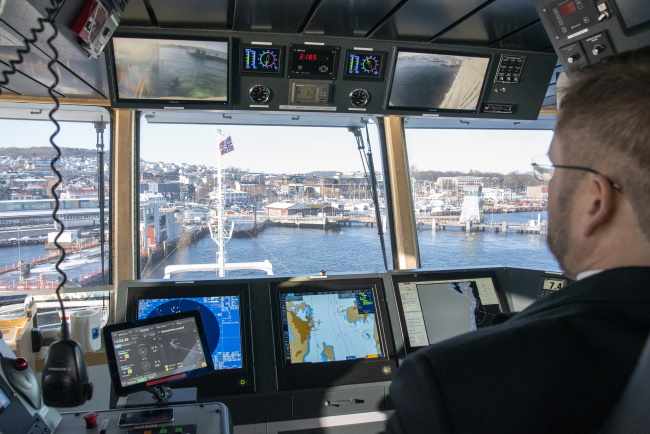 Bastø Fosen VI will now use adaptive transit functions developed from Kongsberg Maritime’s advanced systems to enhance the daily operation of its Horten-Moss service, while continuing to carry a full complement of crew. The technology introduces new potential for the sustainability of diverse marine operations by providing a platform for optimised fuel consumption and reduced Greenhouse Gas (GHG) emissions. While supporting key elements of the UN sustainability targets for climate change, ferry owners and operators adopting the technology can experience tangible operational cost savings.

The fully-integrated digital system on Bastø Fosen VI automatically performs all docking and crossing functions to a high and repeatable level of accuracy, ensuring that best practice is followed to the smallest detail on every transit. The result is more exact timekeeping and improved customer satisfaction: during trials in December, Bastø Fosen VI consistently arrived within two seconds of the scheduled time.

Øyvind Lund, CEO, Bastø Fosen, commented: “Today, at the press of a button, one of our vessels left the quay in Horten, crossed the Oslo fjord and docked in Moss, all completely automatically. This leaves the crew more time to focus on monitoring the vessel and ensuring passenger safety, which for us are the main motivations for adopting this technology. 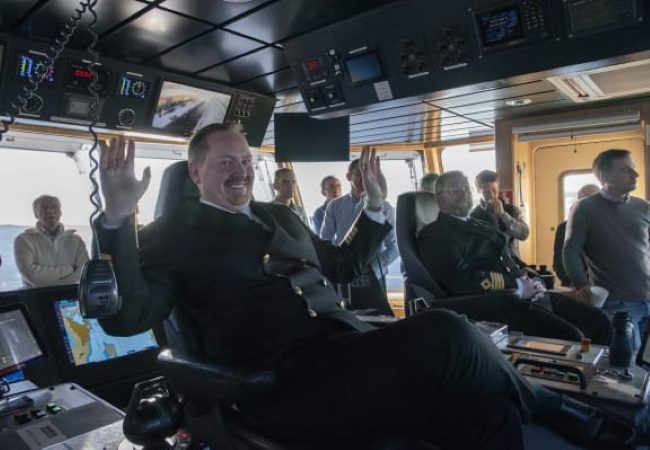 “Cooperation with KONGSBERG and the NMA has been crucial to the success of this venture, as has consultation with our captains and crew,” he continued. “We have included them in this project from the start and have been delighted with how engaged they have been in its delivery. This is an aid, not a replacement. Greater accuracy permits better logistics: for example, we can now pre-program the time allowed for the crossing and thus reduce energy consumption. Digitalisation and automation are the future, and we are proud to be prime movers.”

National and international regulatory bodies are still in the early stages of developing legislation to accommodate automatic marine operations, but through its work with Bastø Fosen and KONGSBERG on Bastø Fosen VI, the NMA have shown the world a clear path forward. “Norway is a small country, but we are very big within the maritime industry,” said Svein David Medhaug, Norwegian Maritime Authority. “That gives us the ability to promote these advancements across a large part of the world’s merchant fleet, and we’re happy to be a part of that. Safety is the key issue for us, and we’re delighted to work with stakeholders such as Bastø Fosen and KONGSBERG to ensure that this technology is both sustainable and safe.”

Bastø Fosen VI now enters a six-month trial period during which the automatic system – called ‘adaptive transit’ – is expected to control the vessel for most services, but the captain will remain in charge and the bridge will be fully staffed. At present, the installed equipment is not fully autonomous – if vessels or objects are detected on a collision course an alarm will sound and the captain will take control. 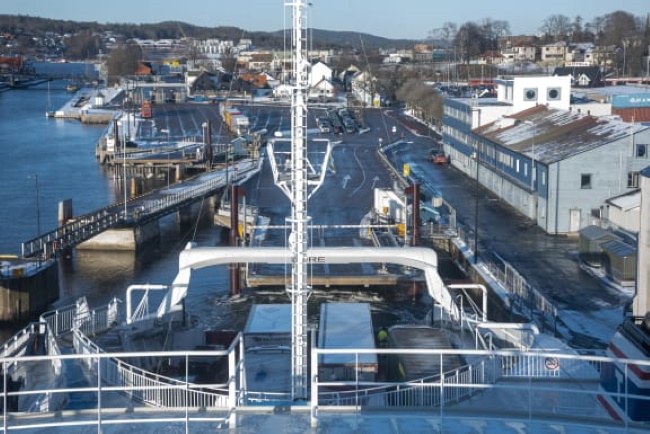 An anti-collision system, comprising radar and electro-optical sensors, is expected to be fitted to Bastø Fosen VI this summer and be under test by autumn, but crew will remain on the bridge even as the level of autonomy increases.To maintain manoeuvring skills, Bastø Fosen’s procedures will require their staff to perform manual transits on a regular basis.

This historic event consolidates Norway and the Norwegian maritime industry’s leading position in the development and implementation of autonomous maritime solutions. Speaking from on board Bastø Fosen VI, Gunnar Pedersen, EVP Integrated Solutions, Kongsberg Maritime, said: “Leaving the quay, crossing and docking again, all at the press of a button – this is a world first. It’s super-smooth too, as we saw today. But without collaboration between a forward-leaning ferry operator like Bastø Fosen, the support of the Norwegian Maritime Authorities and a technology provider like KONGSBERG, none of this would have been possible. This is a big day for everyone involved – this is the future.”
Source: Kongsberg Maritime