With the IMO Maritime Safety Committee (MSC) delivering initial work on a scoping regulatory exercise for autonomous shipping last week in London, IAPH publishes initial report findings on the implications of autonomous vehicles on land, sea and air for ports.
The International Association of Ports and Harbors (IAPH) has published a study conducted by Fraunhofer CML in collaboration with Hamburg Port Authority on the impact of autonomous vehicles (sea, air and land) on port infrastructure needs.

The report analyses in substantial detail the impact of current short, medium and long-term developments in autonomous vehicle technology on ports. The report recommends the proactive investment in appropriate infrastructure in ports for the short term. However, it also recognises that rapid advances in vehicle autonomy (especially with Unmanned Surface, Underwater and Aerial Vehicles) is creating uncertainty on specific requirements for ports where road, rail sea and air traffic intersect.

IAPH Managing Director Patrick Verhoeven commented : “The irrevocable advances in autonomous vehicles, especially those in surface ships, mean that ports will have to adapt their systems, processes and land-side berthing infrastructure to safely and efficiently meet their needs. However, the story does not end there. Currently, at IAPH member ports, drones are being deployed for security and maintenance. Underwater drones are also being used for vessel inspection and maintenance. Autonomous vehicles are already in operation within enclosed areas at some of the world’s most advanced ports such as Singapore and Rotterdam, with trials planned by rail and road using 5G networks beyond the yard gates. Our report shows that automation of shipping is just one aspect, ports are confronted with many more elements of automation.” 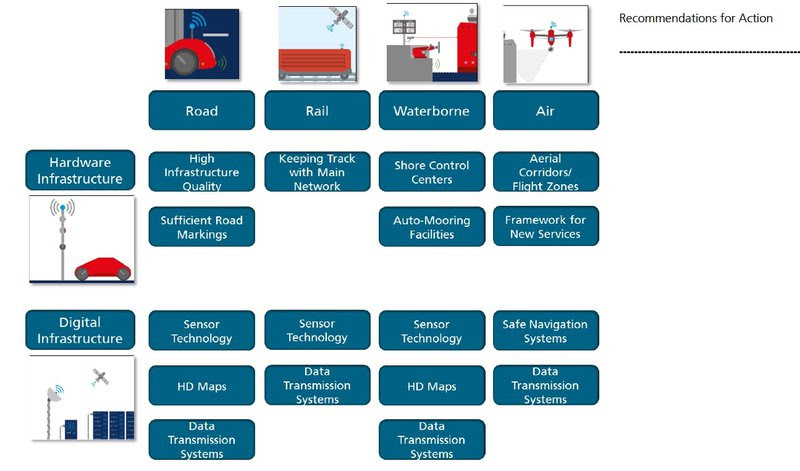 IMO sets out a scoping exercise on use of Maritime Autonomous Surface Ships (MASS)
The 101st session of the Maritime Safety Committee (MSC) is now drafting its final report after sessions held last week at the IMO Headquarters in London. This includes progress on the regulatory scoping exercise being carried out for the use of maritime autonomous surface ships (MASS). The Committee has established the MASS Working Group to finalise draft interim guidelines for MASS trials using a web platform with a view to completion in 2020. The Group will be providing comments on the provisional principles for interim guidelines for MASS trials, as well as proposals for the development of those guidelines, focussing on safe manning, and training and certification of operators responsible for the management or control of a ship.

In the meantime IAPH is reaching out to its member ports to receive parallel input from existing pilots taking place on autonomous vehicles. This includes the comprehensive plan to trial a Smart Seaport 5G MoNArch (Mobile Network Architecture) network testbed at the Port of Hamburg, which was a World Ports Sustainability Award runner-up in the category Resilient Infrastructure at the recent IAPH World Ports Conference in Guangzhou, China.

Connecting the ship-shore interface in practice
IAPH Managing Director Patrick Verhoeven concluded : “In his closing remarks at the 101st IMO Maritime Safety Committee, Secretary General Kitack Lim welcomed the significant progress with the regulatory scoping exercise for the use of maritime autonomous surface ships, including preparations for the meeting of the Intersessional MASS Working Group in September, and approval of the Interim Guidelines for MASS trials. IAPH looks forward to adding the port industry’s voice to ensure a collaborative ship-shore approach with the IMO to autonomous vehicle deployment on land, sea and air.”
Source: IAPH