On 30 May WilForce was involved in a collision off Singapore which caused only hull damage and no harm to life or the environment.

Due to the prolonged off-hire period required to repair the vessel the balance of the 9-12 month time charter contract was cancelled. Loss of hire insurance compensates for most of the lost time charter hire. The vessel is currently at yard in Singapore for repairs, expected to be completed in mid-September. Awilco LNG has a substantial claim towards the ship responsible for the collision and expects to collect same in due course.

Subsequent events
On 9 July WilPride was delivered on an 8 month time charter contract to an oil and gas major. The vessel is expected to contribute an annualised EBITDA of about MUSD 23 during the charter period. With these earnings and the loss of hire insurance for the WilForce until repairs are completed, ~90 % of Q3 2019 days are booked at an expected TCE of about 68,000 per day.

On 2 August 2019 a term sheet for the refinancing of the Company’s two vessels was agreed and signed with a major leasing company based in Asia, subject to final credit approval, documentation and customary closing conditions. 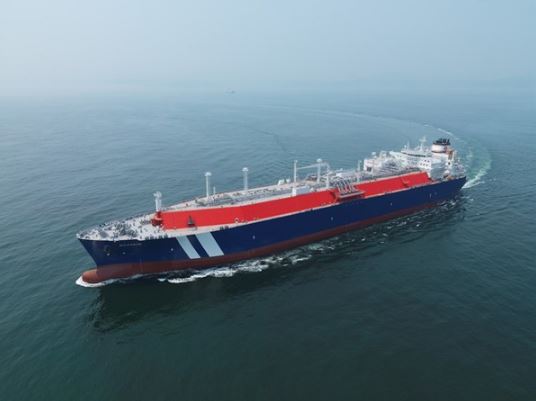 FINANCIAL REVIEW
Freight income for the quarter was MUSD 3.9, down from MUSD 9.4 in Q1 2019 due to WilForce being off hire from mid-April combined with weak spot market rates for the WilPride due to seasonal effects. Fleet utilisation for the quarter ended at 56 %, compared to 90 % in the previous quarter. Voyage related expenses amounted to MUSD 1.1, compared to MUSD 1.0 in Q1 2019.

WilForce completed machinery repairs and certain upgrades at yard end of May. Shortly after leaving the yard she was struck by another vessel. Repairs at yard in Singapore are progressing as planned and are expected completed in mid-September 2019. Cost of repairs and loss of time charter hire are covered by insurance. A net loss of MUSD 0.5 has been recognised in Q2 2019 related to a deductible and certain non-insurable costs, whereas a total of MUSD 1.1 in loss of hire claim has been recognised as other income in Q2 2019. Please see note 4 for further information.

At the time of the collision the vessel was employed on a 9-12-month time charter contract. Due to the prolonged off-hire period required to repair the vessel the balance of the 9-12 month time charter contract was cancelled. Based on an assessment of facts and legal advice Awilco LNG holds the other vessel fully and completely liable for the collision, and the Company expects to recover all costs, expenses and losses from the other party, including insurance deductibles, off-hire and lost time charter hire, in due course. This claim will not be reflected in Awilco LNG’s financial statements until the awarded compensation is determined.

Total deferred bareboat hire towards the financial leases was MUSD 24.6 as at 30 June 2019 (MUSD 22.7 Q1 2019), which is included in the total financial lease liabilities. The repurchase obligations for WilForce and WilPride mature 31.12.2019 plus 60 days extension option in the Group’s favour. On 2 August 2019 a term sheet for the refinancing of the Company’s two vessels was agreed and signed with a major leasing company based in Asia. The refinancing is structured as a sale/leaseback similar to the current financing of both vessels and enables a full take out of the current sale/leaseback facilities as disclosed in note 5. The facility is scheduled to close in Q4 2019 subject to final credit approval, documentation and customary closing conditions.

ORGANISATION
The principal activity of Awilco LNG ASA and its subsidiaries is to invest in and operate LNG transportation vessels. Technical and commercial management of the fleet is performed from the Group’s office in Oslo, Norway. The Group has 8 employees and Awilco LNG purchases certain administrative and sub-management technical services from two companies in the Awilhelmsen Group; Awilhelmsen Management AS and Awilco Technical Services AS, see note 6 for further details.

VESSEL CONTRACT STATUS
WilPride was delivered 9 July 2019 on an 8 month time charter contract to an oil and gas major and is expected to be redelivered in March 2020. Repairs of WilForce are expected to be completed in mid-September. The vessel is currently available.

KEY RISKS AND UNCERTAINTIES
Through its global LNG shipping operations, Awilco LNG is exposed to certain market, operational and financial risks. There have been no material changes to these key risks and uncertainties since the release of the 2018 Annual report. For a thorough explanation of the risk factors, please refer to the 2018 Annual report pages 15 to 17 and note 20, page 42 to 43.

OUTLOOK
In spite of low gas prices due to ample LNG supply growth and muted demand so far in 2019 spot shipping rates have gradually increased over the last few months and are currently about USD 70,000 per day on average. European gas storage nearing full capacity coupled with a consistent contango across the LNG price curves for contracts delivering over the rest of the year supports sending US LNG to Asia. A handful of vessels have already been employed on storage plays over the next few months. Consolidation discussions with other ship owners are still ongoing, however due to the current capital market conditions the timing and outcome of these discussions is unclear. 100 MTPA of new LNG production capacity under construction is expected to start up the next five years. Tonnage demand and supply appear balanced the next few years. However, periods of volatility and seasonality should be expected. The current low gas price is expected to trigger further growth in the share of gas in the global energy mix. Several new LNG production plants are expected to be sanctioned in the near future to meet the growing demand for gas, estimated at double the growth rate of the total global energy demand according to Shell Energy Outlook. Awilco LNG has one vessel on contract until March 2020 and from mid-September 2019 one vessel available and is well positioned in this firming market.