On 27 May last, José Ignacio Hormaeche, Managing Director of the Basque Energy Cluster, presented the advances of the DOCC-OFF project (Digitalization of Critical Components in OFFshore Wind Turbines) during a round table on Renewable Marine Energies and Digitalisation projects organised by the Atlantic Maritime Strategy as part of the third pillar of the Atlantic Action Plan 2.0.

The Atlantic Maritime Strategy was adopted in 2011 to support the sustainable development of the blue economy in the EU Member States bordering the Atlantic Ocean. In 2013, the European Commission presented the Atlantic Action Plan to implement the strategy. The revised Atlantic Action Plan 2.0 was communicated in Brussels on 23 July 2020, to give an extra boost to the sustainable maritime economy and as a means to help Europe recover from the unprecedented economic crisis caused by the global COVID-19 outbreak.

In this context, the first block of webinar on 27 May last featured presentations from Isabelle Viallon, Deputy Head of Unit at the European Commission Directorate-General for Maritime Affairs and Fisheries; Victor Marcos Morell, Director of Renewable Energies at IDAE; and Jordi Llinares, Deputy Secretary General for Digitalisation at the Spanish Department for Industry, Commerce and Tourism. 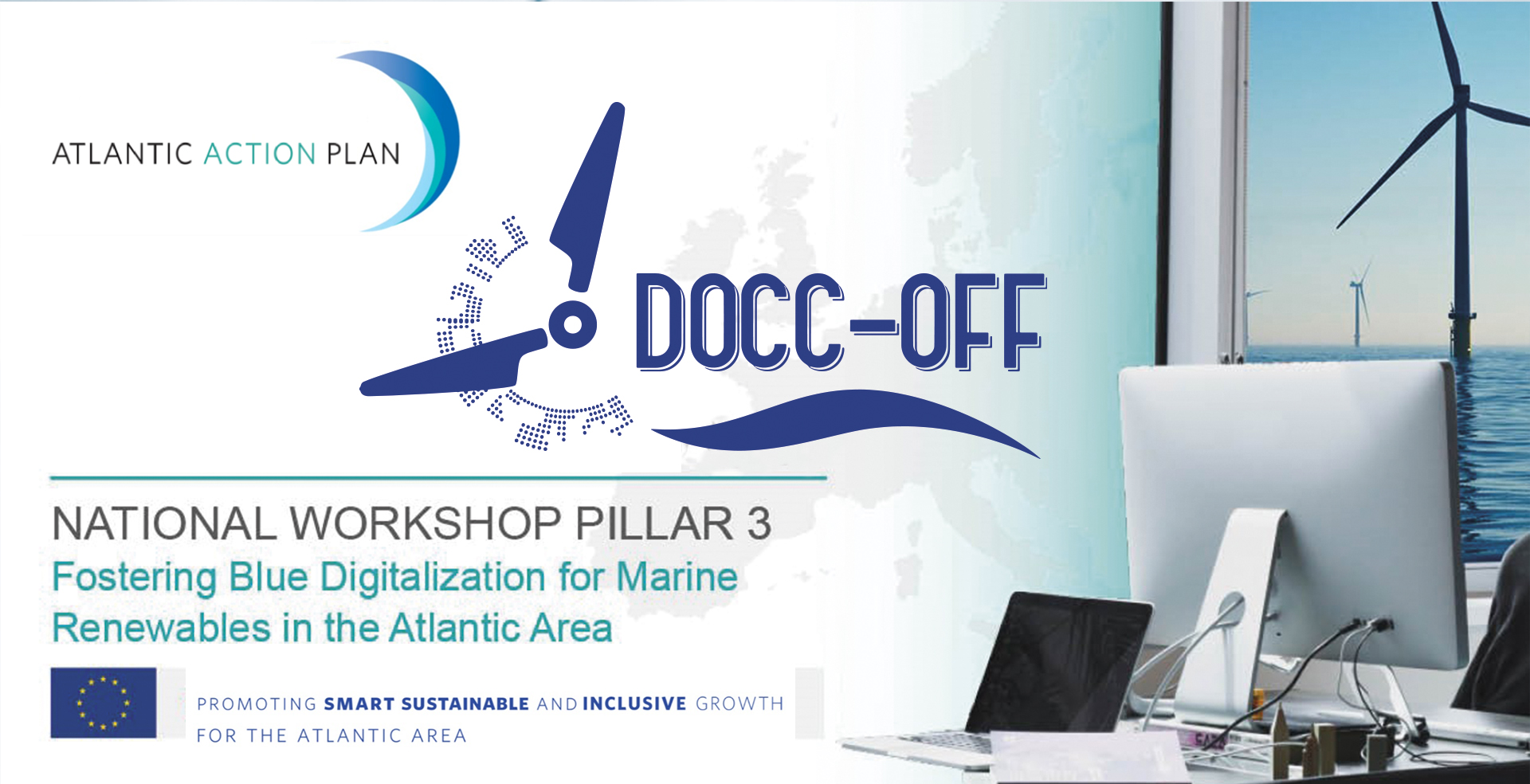 It was followed by a round table on Renewable Marine Energy and Digitalisation Projects: Examples, Initiatives and Needs of the Atlantic Region, at which Hormaeche presented the project Digitalization of Critical Components in OFFshore wind turbines (DOCC-OFF), as an example of successful application of digital technologies in renewable marine energy.

The DOCC-OFF Project is financed by the European Maritime and Fisheries Fund (EMFF) under the 2018 Blue Economy Window Call. As part of the project, Basque hydraulic pitch manufacturer HINE, start-up Xabet Digital Solutions, and Sirris, a Belgium-based technology centre with extensive experience in wind sector validation testing, have come together to develop a digital platform to capture and analyse wind turbine hydraulic pitch data. The project is managed and coordinated by the Basque Energy Cluster, which also disseminates the results.

Hormaeche outlined the key findings and lessons of the project, advocating for the sharing of operational wind turbine data by their owners as a means of promoting digitalisation in the sector and enhancing the competitiveness of the wind power value chain.

Lara Ventas, National Coordinator of the Atlantic Action plan for the Spanish Department of Foreign Affairs, closed out the event by highlighting the projects and challenges presented at the webinar and thanking speakers for their contributions.
Source: Cluster Energia