A BBC Disclosure production released this week reveals the harm caused by shipbreaking activities in Alang, India, as well local officials’ and leading oil and gas companies’ efforts to cover up their unlawful practices. The investigation, conducted by journalists Mark Daly and Chris Foote, focuses on the attempt to illegally export a trio of floating rigs full of asbestos and mercury from the Scottish Cromarty Firth.

The BBC Disclosure documentary and longread trace five rigs that were sold in 2017 by oil and gas company Diamond Offshore to cash buyer GMS, one of the leading scrap dealers for end-of-life vessels. Two of the units — the Ocean Alliance and the Ocean Baroness — left the Gulf of Mexico and ended up on the shipbreaking beach of Alang, India. The other three — the Ocean Nomad, the Ocean Vanguard and the Ocean Princess — are still detained in Cromarty Firth by the Scottish Environment Protection Agency (SEPA). The NGO Shipbreaking Platform alerted SEPA in January 2018, only few days before the rigs were due to be removed from the Cromarty Firth, that the units were likely to end up on a South Asian beach for dirty and dangerous scrapping in breach of European and international environmental law.

“Our preference is that waste stays in Scotland and gets dealt with. If it’s going to move somewhere else, we need to make sure that it’s going to the right place, where it can be handled properly”, said Terry A’Hearn, SEPA’s Chief Executive, to BBC. “If someone wants to do the wrong thing, it is our job to stop them”, he added.

Workers’ interviews and undercover footage obtained by BBC at the Indian shipbreaking yard where the Ocean Alliance was taken apart highlight breaches of labor rights, disregard for even the most basic health and safety standards, and extremely polluting practices.

“Companies sell their end-of-life tonnage to the beaching yards as that is where they can make the highest profit. But these are profits made on the back of exploited workers and fragile ecosystems”, says Ingvild Jenssen, Executive Director of the NGO Shipbreaking Platform. “Alang is furthermore a toxic hotspot, and, without a proper clean-up, the pollution caused by more than three decades of reckless shipbreaking will continue to harm the local environment and the communities that depend upon it for many years to come”, she adds. 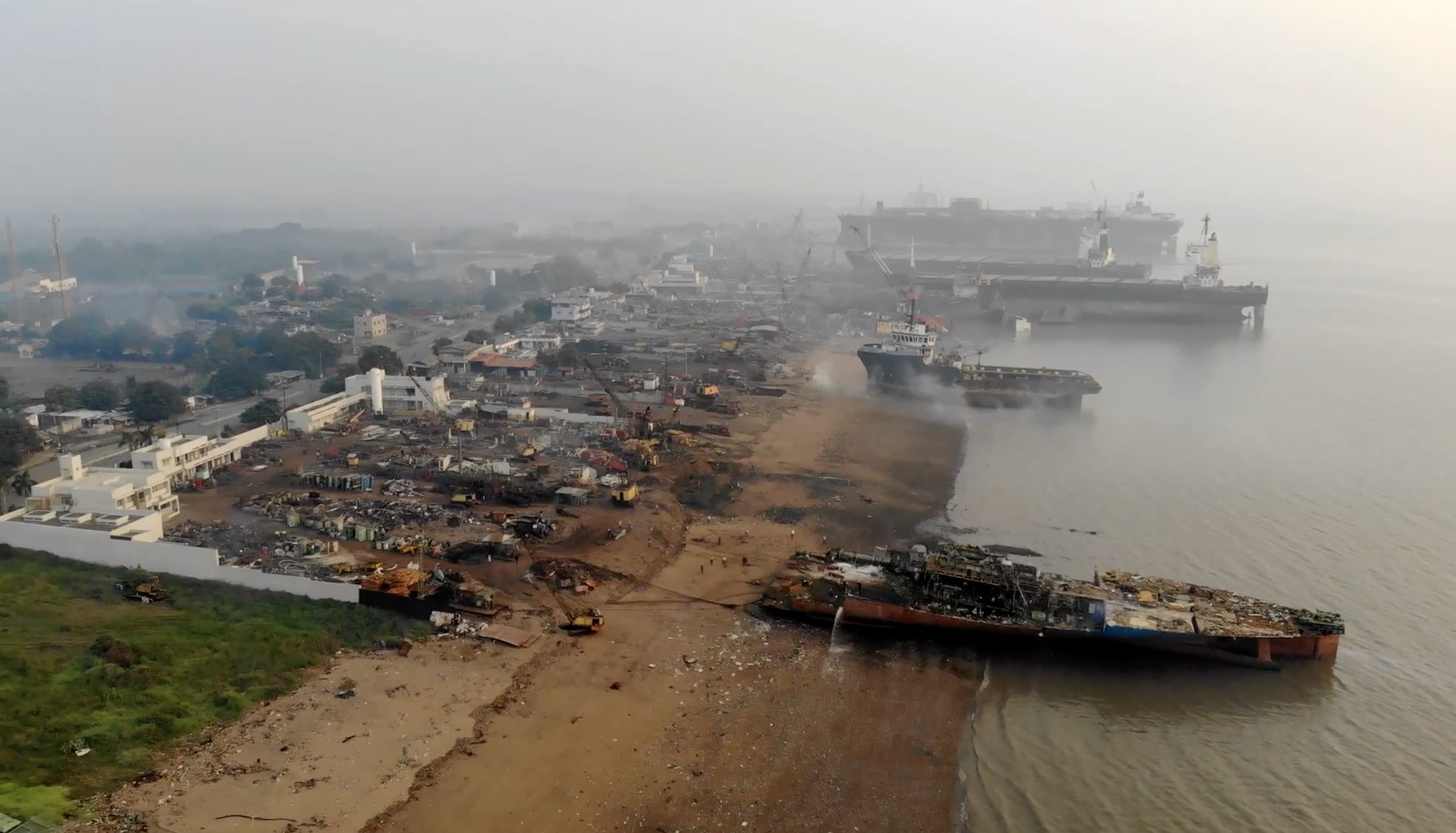 90% of the world’s end-of-life tonnage is currently scrapped using the low-cost method of beaching. Oil and gas units are of particular concern due to the complexity of the breaking operations and their contamination by highly toxic substances such as mercury and radioactive materials. So far, the only structure which operated in the North Sea and which has been traced to a South Asian beach is the infamous FPSO North Sea Producer. It was owned by a Maersk-Odebrecht joint venture and was also sold to cash buyer GMS before it illegally departed the UK to Chattogram, Bangladesh, after having been deployed at the North Sea McCulloch field.

“Many more offshore assets will need to be scrapped in the coming years. Companies that have owned and operated these units are responsible for ensuring that they are recycled without harming workers and the environment. For any unit having operated in the North Sea, there are more than enough options in Europe”, says Jenssen.

The BBC Disclosure report reveals how companies involved, as well as Indian local authorities, seek to thwart public scrutiny of the deplorable conditions in Alang. Also other journalists that have visited the Indian shipbreaking yards, often unannounced and undercover, have documented a reality that starkly contrasts with the industry efforts to greenwash beaching. In 2016, DanWatch revealed dire conditions at a yard Maersk and ClassNK had approved as safe and environmentally sound. More recently, French TV and Dutch programme ZEMBLA brought back similar accounts of the shipbreaking activities in Alang. The Dutch journalists revealed how workers unknowingly were exposed to highly toxic mercury fumes when torching apart an FSO owned by offshore company SBM.
Source: NGO Shipbreaking Platform