It certainly feels like we are at the beginning of the end of the container market bull run. The slide in spot rates has become entrenched, rolling on for four months now with dips getting bigger by the week. Shipments along most trade routes are also down on the same point a year ago with high inflation eroding confidence that volumes will stage much of a comeback.

Carriers have proved that they can still make astonishing profits even when moving fewer boxes, posting record EBIT numbers in 1Q22 despite lower volumes, but the gloss is starting to fade and investors are getting jittery with liner share prices down by around 22% since the start of the year .

We always knew that extreme freight rates were unsustainable, the only questions were; when the market would turn and then, how quickly?

In the latest Container Forecaster, Drewry sets out its view; the container market has definitely turned, but the winding down of high rates and carrier profits will take some time.

It is easy to understand why confidence has ebbed with the world currently mired in a “polycrisis” (a neat new buzzword to replace the outgoing ‘unprecedented’), but carriers do still hold the ace card: supply chain congestion. Take that away and we would expect to see a very swift normalisation of the market.

However, there is no sign yet that the port bottlenecks are going away. AIS ship tracking data reveals that the number of containerships waiting outside of major ports is growing, while the views of our customers from surveys is little changed from the previous edition, i.e., no expectation of a fix this side of 2023.

When asked when port congestion issues would clear in North America the majority of respondents said in 1H23 (48%) with another 40% even more pessimistic, stating it would take until 2H23 or later. No improvement in US logistics infrastructure was cited as one reason why this region is expected to be the last to emerge from the operational chokehold. 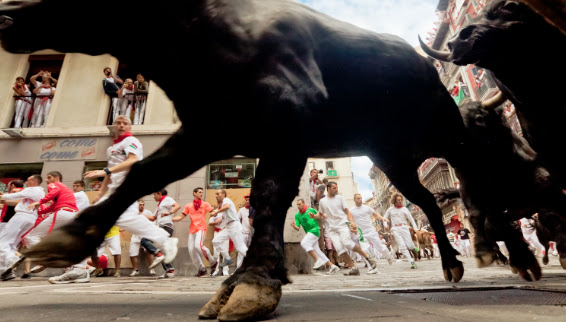 Expectations for European congestion were closer aligned to Asia than North America, but once more some 73% of respondents opted for no fix before 2023.

With no changes to our expected supply chain recovery timeline the market will continue to be denied capacity that it otherwise would have had access to. We estimate that effective container ship capacity will be about 15% below potential this year, following on from a 17% reduction last year.

Things that might extend the supply chain recovery include China’s refusal to budge from its zero-covid policy that, as we have seen, can create disruption at any time, and the port labour contract negotiations going on for the USWC, the main gateway for US container imports.

Life in a high-inflation world increases the risk of labour shortages arising from industrial action as new wage demands pile up. Already, the logistics sector has endured strike action (or threats) at German ports, railways in the UK, and by Korean truckers.

Yet, while congestion issues remain challenging across the world, they are clearly not having quite the same influence on pricing as they did previously, as evidenced by falling spot rates over the past few months. The situation is still bad enough to prevent a precipitous collapse in short-term rates, but it seems that sentiment for the global economy and container demand is reasserting itself as a pricing driver.

As things stand, we still expect the market to grow (we have downgraded our forecast for world port handling growth in 2022 to 2.3%, from 4.1% previously), but that is certainly not a given, especially with the speed at which economists are downgrading GDP projections. A harsher than expected slowdown in volumes, or a contraction, would both hasten the spot rate decline and reduce the time it would take to clear port bottlenecks.

Looking further ahead, we do foresee a significant loosening of the container market from 2H23, when the supply chain congestion is expected to have cleared. It will also coincide with a significant influx of newbuild containerships.

We think the bottlenecks will last sufficiently long enough for carriers to secure decent contract renewals next year, although much will depend on the speed of the spot market downturn and how watertight existing contracts are.

Part of our rationale is that carriers will take the necessary steps to keep themselves in an advantageous position. In a survey, roughly three-quarters of respondents said that they expect carriers to continue prioritising profits over market share with strict capacity discipline . Therefore, we can expect to see more blank sailings on the agenda next year, this time motivated by the need to prop up spot rates rather than for operational necessity.

Our view
The end of the containers boom cycle will require a paradigm shift from all stakeholders. Ocean carriers need to address the looming environmental and over-capacity risks by scrapping older, less green ships, while shippers might be wise to wait for the market to come back to them before committing to lengthy contracts.
Source: Drewry