Behind the drivers of the growing momentum in Green Ammonia

Demand for ammonia is continuing to grow, driven by a combination of traditional demand and a widely recognised need to reduce carbon emissions. But what are the drivers behind this growth, and do they stand up to scrutiny? In this article, we assess some of the sector’s ongoing opportunities and challenges in order to better understand the potential of the ammonia market.

Traditional demand
While ammonia demand has continued to grow regardless of production method, the term contract price imbalances created by rising energy costs, have been a cause for concern. Particularly in Europe, spiking gas prices have pushed ammonia production costs to well above the delivered price. Unless these cost increases can eventually be passed up the line to buyers, we can envisage a worst-case scenario where some production decides to shut down. In terms of more immediate impact, we have noted some unusual, some may say exceptional, shifts in trade: Cargoes are being loaded from well outside of the normal geographical zones and shipped to long-haul destinations as suppliers look to take advantage of high delivered prices elsewhere.

Despite the supply-chain disruption caused by the Ukraine war, shipping overall does not appear to have suffered so far. In fact, ammonia ton-miles are possibly a little higher than usual, although it is worth noting that resuming exports from the US has also contributed to this. Nevertheless, we are seeing that ongoing uncertainty about supply and trade routes is leading to the adoption of shorter-term strategies for shipping. 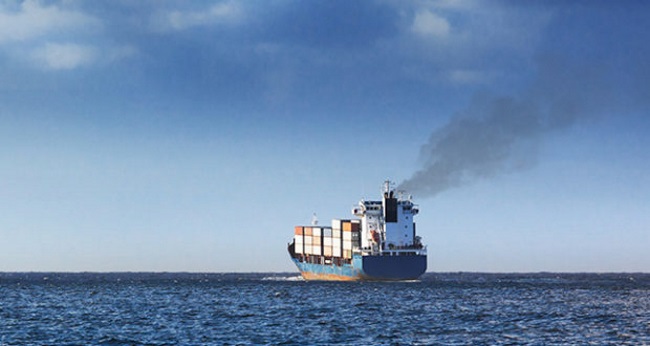 Ammonia as a marine fuel
The case for ammonia as a marine propellant continues to gain force. Shipowners, producers, traders, engine designers and shipbuilders alike are directing increasing efforts to the study, design and evaluation of ammonia as a future fuel for a variety of vessel types. These projects also incorporate outlining the regulations that would be required, as well as ensuring that bunkering vessels, storage, and supply infrastructure can be put in place to support the transition.

We are also seeing some owners express interest in becoming involved in the production (and possibly trading) of ammonia with a view to gaining some strategic control over supply and price. We believe this could provide added trading liquidity to ammonia markets in the future.

Power generation
The drive to use ammonia to supplement, and eventually replace coal-fired power generation, continues. Nowhere is this more evident than in Japan where the government has committed to the increased use of ammonia as an energy solution.

What would this mean for demand?
Current estimates suggest consumption could rise by 4 million tons by the end of this decade and 30 million tons by 2050. Such a significant increase would, of course, have similarly significant implications for production. In order for Japan alone to meet these ambitious predictions, production elsewhere would need to ramp up substantially. We believe that while the desire is to use green ammonia, it is more realistic that supply will start with blue ammonia until greener projects get off the ground.

Hydrogen carrier
Global demand for hydrogen as a clean fuel is on the increase. Yet supply comes with its own unique set of challenges as hydrogen’s boiling point of -252.9 °C makes it exceptionally difficult to contain and ship in its pure form as a liquid. Many believe that ammonia could provide a solution. Some corners of the industry are advocating for ammonia’s use as a potential carrier for hydrogen given it is rich in hydrogen and relatively easy to carry with a boiling point of -33.34 °C.

If ammonia were to become commonplace as a carrier of hydrogen, we believe increasing demand for hydrogen would indirectly stimulate demand for ammonia. However, it is worth noting that ammonia only carries 17.6% of its weight as hydrogen and therefore, it requires significant energy to release hydrogen from the ammonia.

In summary
Ammonia appears to be on the verge of significant changes, both in terms of trade and its usage. How this plays out will not only depend on production but also on how quickly investment can be secured to support new projects and boost production from existing plants. Typically, high commodity prices, such as those currently seen for ammonia, can provide incentive for investment. Yet in this instance, we believe that energy prices and global financial instability will have a suppressing effect in the short-term.

Clarksons Gases and Green Ammonia Team
We are the leading provider of shipping-related services to the ammonia industry – and have been for over four decades. More recently, developments in green ammonia and CO2 carriage have become focal points for the Clarksons Gases team.

We deliver integrated solutions with our unique blend of experience and knowledge. Backed by strong analytical support, our Chartering and Asset team is well positioned to assist with developing your ammonia strategy and future-proofing your shipping requirements.

Clarksons Gases welcome new players and the growing efforts being undertaken to decarbonise the industry while remaining fully committed to our traditional ammonia clients. We are already handling several project enquiries from a variety of existing and prospective clients. If you require any help, please contact the team.
Source: CLARKSON PLC