With half her term as BIMCO President under her belt, Sabrina Chao is charged with enthusiasm for her role. As pandemic restrictions ease, she is looking forward to an even busier year ahead as she embraces the opportunity to engage with BIMCO’s members and other stakeholders from both within and outside shipping.

The outreach role is a particularly important one for Chao and one with which she is deeply familiar. She joined BIMCO after two years as Chairman of the Hong Kong Ship Owners Association, all alongside her role heading the family-owned bulk carrier and tanker operator, Wah Kwong Shipping Holdings. “The outward reaching part of the role is something that is so valuable and needed,” she says, adding that her predecessor Sadan Kaptanoglu has set a high bar for outreach. “The pandemic has unfortunately meant that I’ve had to stay home for the past two years, but now that this is changing, I’d like to engage more stakeholders in the important conversations about maritime transport.”

Chao’s list for targeted outreach includes regulators, national authorities, and governments, as well as external stakeholders on important issues, including the International Transport Forum on the seafarer crisis and the World Economic Forum on decarbonising shipping. Many of these are stakeholders that BIMCO has been working with for years, but the President is keen to give it her personal touch.

Public engagement
She is also keen to engage with the general public who are often unaware of how dependent they are on sea-borne trade. The blockage of the Suez Canal by the Ever Given and recent supply chain problems are examples of how the crucial role of shipping suddenly becomes visible to the public.

Chao feels that the best way to combat this lack of awareness is to make maritime a part of people’s everyday lives. She cites Denmark, Germany, and Singapore as examples of countries that have successfully made maritime part of their culture, which has also positioned them to retain their position as important maritime hubs.

BIMCO has also successfully engaged the public, she points out, drawing attention to a series of films which BIMCO has made available to the industry about the value of shipping and its seafarers, and the work the industry is doing to decarbonise. The films have been watched millions of times and have even won awards, which will hopefully lead to greater awareness of the sector. 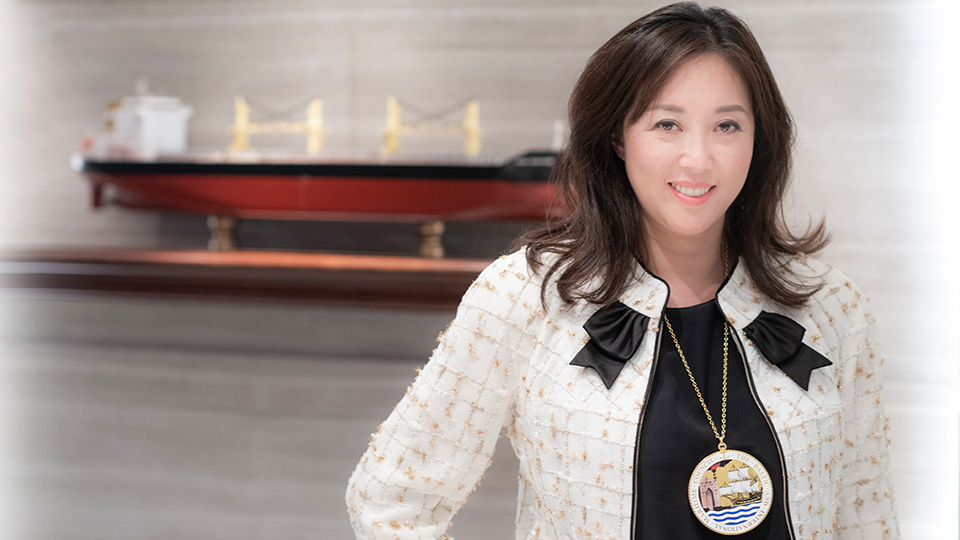 Putting shipping on the agenda
A benefit of a higher profile for shipping is that the sector’s needs get pushed up the agenda for policy makers. Decarbonisation and the seafarer crisis that became evident during the pandemic are key examples of where greater engagement has helped external influences understand the maritime perspective – although not as much as needed.

“The crew change crisis is a humanitarian issue that governments do not want to address,” says Chao, who worked hard to educate decision makers in national governments. “They are keen to streamline logistics, but there is a human cost to this. Yet when we ask for vaccinations for crew and for borders to be opened for them, we hit a brick wall. This is unfair.”

Chao is passionate about BIMCO being the practical voice of shipping and the organisation’s need to support the industry, particularly for issues such as decarbonisation. She says that shipping is ready to play its part but needs regulations that are fit for purpose. To achieve this, meaningful dialogue with lawmakers such as the IMO and the European Union is critical. “We want to distinguish between wishful thinking and what is practical,” Chao says. “We agree to decarbonise and be responsible for the environmental footprint we leave behind for future generations. We need legislators to understand that we want to work together and be part of the solution.”

Building the talent base
Greater awareness among the public serves another, broader purpose; attracting talent to shipping. Chao believes that the ability to bring in young, bright talent will be especially important in solving industry challenges from decarbonisation to digitalisation.

“We need more people to be aware of the industry and what it offers you as a career. A lot of young people want to see the world and you have to think globally in shipping, so this is a natural fit. There are also lots of opportunities to transition back to an office job. There are not enough people with practical experience to run our businesses,” she explains.

She points out that although maritime needs an outsider perspective, particularly to highlight inefficiencies that may not be apparent to people who are already entrenched in the sector, outsiders are likely to face an extremely steep learning curve. Chao highlights digitalisation as an area that would particularly benefit from an influx of talent from the wider technology sector.

Chao also believes that the industry needs to focus more on diversity if it is to attract more young people. She says the approach to diversity should be broad and enticing to all, rather than necessarily focusing on recruiting specific sets of people. “You shouldn’t pinpoint where you want to broaden the diversity,” she says. “You want to make it welcoming enough that people of different mindsets want to join the conversation. Our traditional way of recruiting may be too intimidating to someone who isn’t familiar with maritime.”

The Hong Kong resident feels that BIMCO’s efforts to raise public awareness is helping to attract people to the business. She is equally enthused by other areas of BIMCO’s involvement, many of which focus on making life at sea safer and more secure, such as tackling piracy and improving training for seafarers. “I’m only halfway into the term and there are many exciting things that I have set out to do in my Presidency,” she says. “I’m looking forward to seeing how they will turn out.”
Source: BIMCO