“Captain Hutchinson brings to the BMA more than thirty years of knowledge and experience in the maritime field. He has built a very distinguished career, aboard ship and ashore, including many years with the BMA,” said BMA Chairman J. Denise Lewis-Johnson. “The Board and I are confident that Captain Hutchinson will afford us the leadership that will drive our continued growth.” 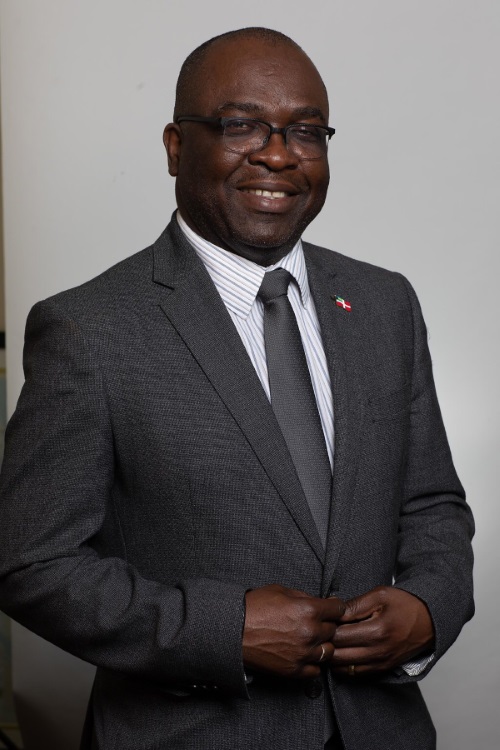 “It is with humility and a great sense of responsibility that I accept this appointment as Managing Director & CEO of The Bahamas Maritime Authority,” said Captain Hutchinson. “This achievement would not be possible without the unwavering support of my family. Shipping is a global industry and I am proud to lend my leadership to our excellent team in our Nassau, New York, London, Piraeus, Hong Kong and Tokyo offices, a team that (a) delivers quality service to our stakeholders, and (b) maintains The Bahamas active, strategic role in the international, regional, and national regulatory process to assure safe, secure maritime practice on cleaner oceans.”

Captain Hutchinson is a proud Bahamian from Nassau, New Providence island, where he completed his tertiary education before commencing his maritime studies in Scotland at Glasgow College of Nautical Studies. Qualified with a UK Master Mariner (Unlimited) STCW Certificate of Competency, his seagoing career spanned fourteen years with services on a variety of ships – including bulk carriers, tankers, ore-bulk-oil carriers, general cargo and container ships, ferries and passenger / roll-on roll-off ships. Captain Hutchinson has been employed with the BMA for over two decades, where he has served in various executive and managerial capacities.

During his tenure with the BMA, Captain Hutchinson has assumed a wide variety of management and leadership roles and responsibilities, including, for the past year, Acting Director and Chief Executive Officer of the BMA. In representing The Bahamas, he has become a well-known and respected figure in the maritime industry, and served in a number of high level international and regional capacities. Among his many responsibilities have been the following:

2019-04-16
hellenicshippingnews..
Previous: US-China trade war: if Trump and Xi agree ‘grandaddy’ of trade deals, here’s what comes next
Next: China says U.S. criticism of its role in Latin America is ‘slanderous’