bound4blue installs its eSAIL® system on the “Balueiro Segundo”, the first fishing vessel in the world to sail with wind-assisted propulsion technology

bound4blue, together with Kyma and Organización de Palangreros de A Guarda (ORPAGU), the most important in its sector in Europe, has successfully installed the eSAIL® rigid sail system on the “Balueiro Segundo” vessel, a clear joint commitment towards innovation and sustainability.

The rigid 12-metre-high sail, equipped with an autonomous control system, looks majestic on the vessel in Panamanian waters. The entire assembly process of the sail has been recorded down to the smallest detail, as all the key players are aware of the milestone this initiative represents. A process which began almost a month ago with the rigid sail’s transportation by sea, which left Vigo (Spain) and travelled 4,200 nm to reach its destination: the “Balueiro Segundo”. 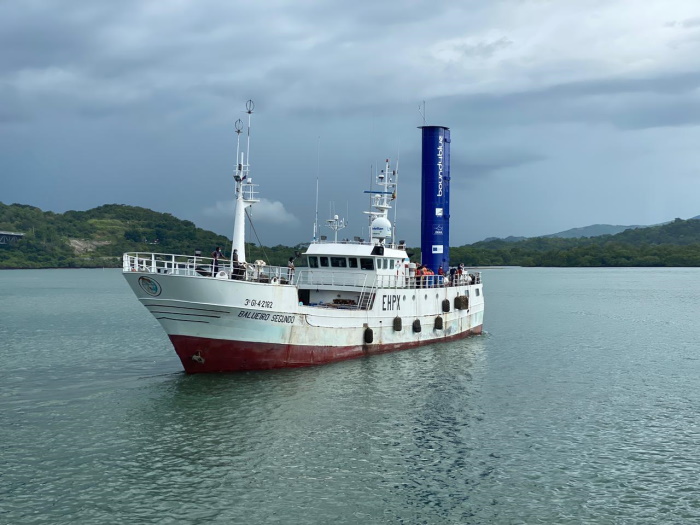 With the stability test successfully performed and commissioning already carried out by bound4blue, the vessel will start sailing this week. A trip that will make the “Balueiro Segundo” the first fishing vessel in the world to be equipped with an auxiliary wind-assisted propulsion technology and also the first vessel to install bound4blue’s eSAIL® technology. The system uses the wind to propel the ship, thereby reducing fuel consumption and pollutant emissions released into the environment. Within the framework of the Aspiring Wingsails project, co-funded by the European Union, the Norwegian company Kyma, a leading company worldwide in maritime efficiency monitoring, will be responsible for monitoring and validating fuel savings and reductions in emissions during the sea trials in the Pacific Ocean. 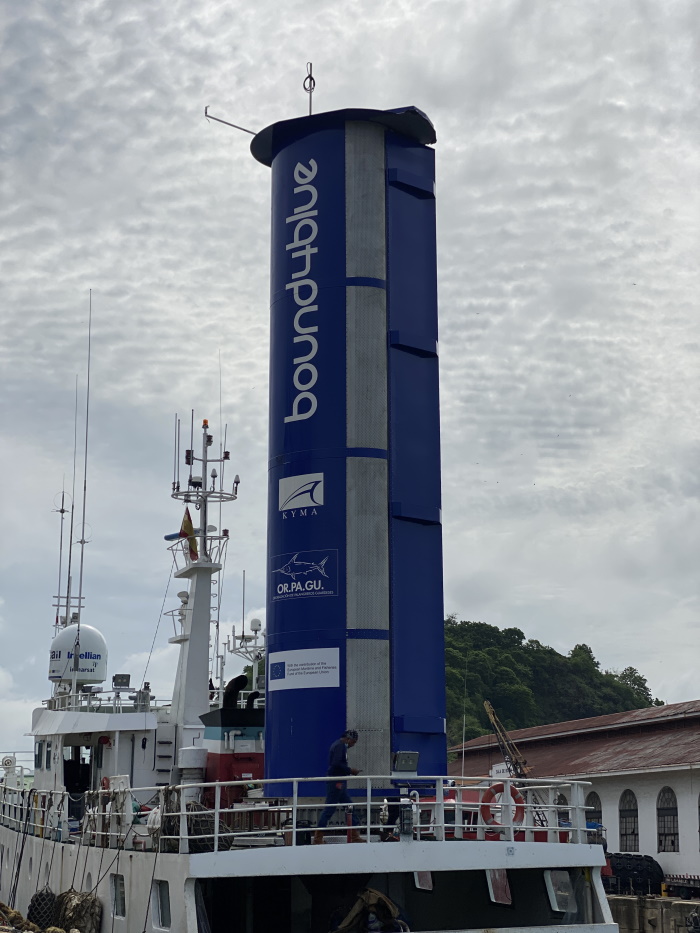 Despite being an innovative system, the rigid sail offers all the necessary guarantees with regard to security and safety in accordance with the current maritime standards, as well as the approval of the installation by Bureau Veritas and the Dirección General de la Marina Mercante (Spain). The eSAIL® is a lightweight, compact technology with low maintenance costs that can be installed on both existing and new build ships, and with a clear focus on the cargo fleet.

As part of the transition towards a more sustainable energy model, while being fully aligned with the objectives of the International Maritime Organization (IMO), the maritime industry is looking for innovative solutions that allow these new sustainability goals to be attained, while reducing operational costs. The use of wind power as an auxiliary propulsion method is a natural step in this transition, and that’s why bound4blue is strongly committed to its development and commercialization, with ORPAGU, as an early adopter, being an example for the sector to follow.

José Miguel Bermúdez, CEO, bound4blue: “This installation on the “Balueiro Segundo” vessel represents a great milestone for the company, as a first step towards future installations on larger ships and in different segments, such as tankers, bulk carriers, Ro-Ro or general cargo ships. In fact, our eSAIL® system is fully scalable; we’re already manufacturing a 17-meter-high unit, fully tiltable, which will be installed on a general cargo ship after the summer, and we’ve also projected larger sails which are about to start being manufactured. Having active collaboration with shipowners and institutions as catalysts for innovation such as, in this case with ORPAGU and the European Union through their support in the Aspiring Wingsails project, has been absolutely key to making this happen.” 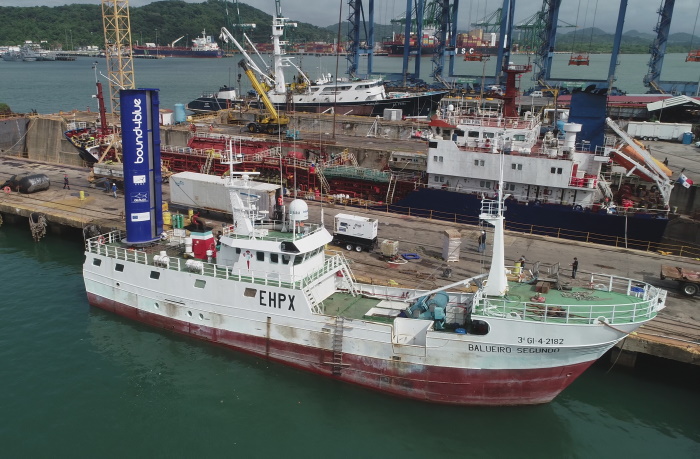 Juana Parada, Managing Director, ORPAGU: “For ORPAGU, this new journey we’ve begun with “Balueiro Segundo” is totally aligned with what we’ve been talking about for many years: sustainability and looking after the environment, reducing the impact of our activity at sea. The road hasn’t been easy but, at ORPAGU, we’ve applied the same philosophy that motivated us to start this project: sailing with the new winds. We’re convinced that technology must be of a human and natural character. It makes no sense to fight against nature. It’s convenient to retrace wrong paths and find a way to live together. This project represents the people of A Guarda and so many other fishing ports who have learned to take advantage of the benefits of nature’s generosity to achieve vital economic benefits. In this sense, the rigid sail is connected with traditional ships and uses the wind which moved the muiños (mills) of A Guía, Abaixo or Da Cruzada.” 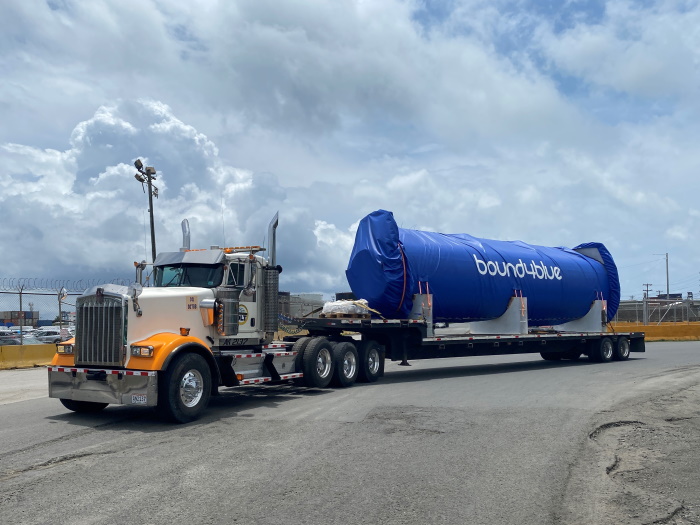 This project, which started in 2018 due to the participation of both companies in Kaleido’s Fishing Accelerator, was made possible thanks to the clear vision of a group of people and the financial support of several institutions. The manufacturing and commissioning of bound4blue’s technology and Kyma’s monitoring system are co-funded by the European Union, in the framework of the Aspiring Wingsails project, while ORPAGU has received institutional support from the European and Maritime Fisheries Fund and the Spanish Ministry of Agriculture, Fisheries and Food. A joint initiative between private companies and public institutions which has allowed the “Balueiro Segundo” to go down in history as the first fishing vessel in the world to sail with this technology.

*The contents of this publication are the sole responsibility of the authors and do not necessarily reflect the opinion of the European Union.
Source: bound4blue