Brazil soybean exports A Silver Lining in the Market

In an attempt to find some positive news in the market, it seems that Brazil can offer some respite. In a recent note, shipbroker Banchero Costa said that “Brazil soybean exports have been surging this year, thanks to a combination of strong demand from China, a bumper crop, and favourable exchange rates. In the first 4 months of 2020, Brazil exported at least 35.5 mln tonnes of soybeans by sea, according to vessel tracking data from Refinitiv. This represents a net increase of +30.6% y-o-y, compared to the 27.2 mln tonnes exported in the same four-month period of 2019, and also +21.6% up from the 29.2 mln tonnes exported in the same period of 2018. Of these 35.5 mln tonnes, 66.8% or 23.7 mln tonnes were destined for China”. 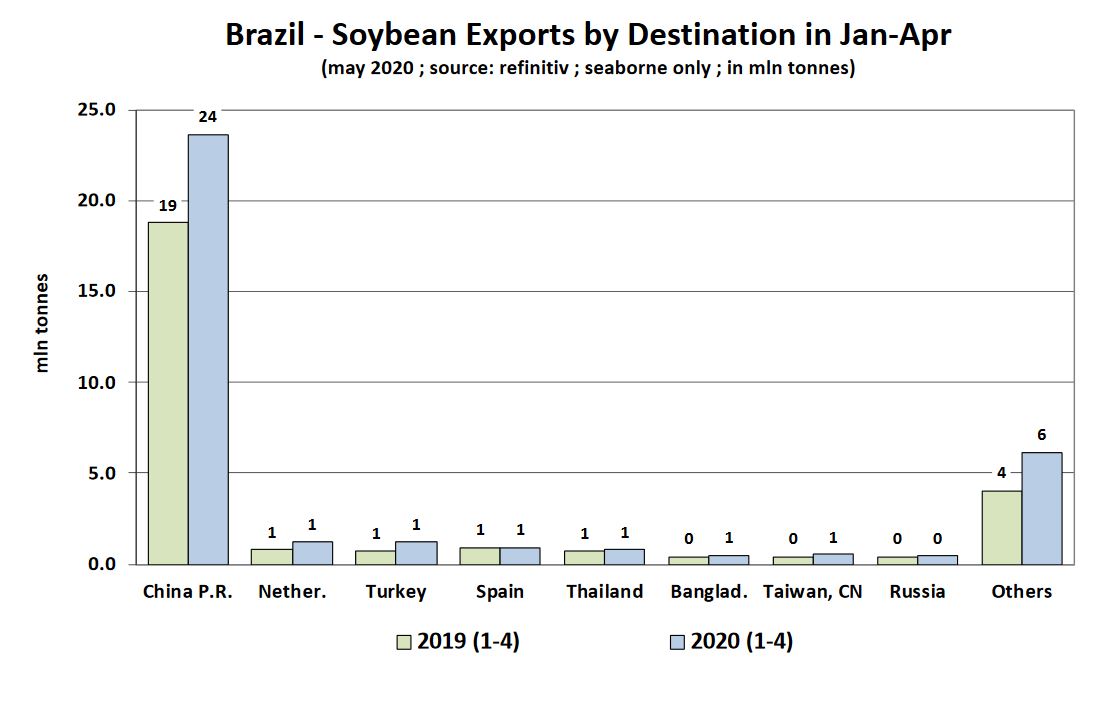 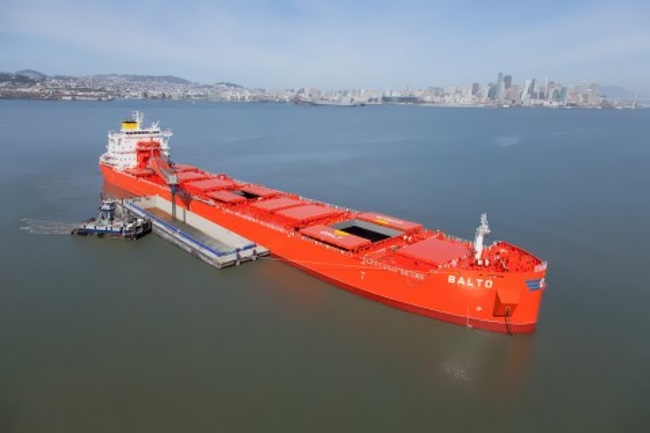 “However, things turned around in a spectacular fashion. Already in February, exports from Brazil increased to 6.7 mln tonnes, +332% m-o-m and +3.4% y-o-y. In March 2020 loadings increased again to 13.0 mln tonnes, up +95% m-o-m and +38.7% y-o-y. April 2020 recorded a further surge to 14.2 mln tonnes, a +9.2% increase m-o-m and +57.0% y-o-y, breaking the record set in March. Among them, 9.2 mln tonnes (66%) of the shipments are destined for China and 0.9 mln tonnes (9%) are headed to unknown destinations. April exports to China increased by at least 3 mln tonnes (+50%) from last year. Demand for soybeans in China remains robust, as the country has been recovering quite quickly from the virus emergency. China has also been slowing down its purchases of USA soybeans in recent months, as they are less price competitive”, the shipbroker said. 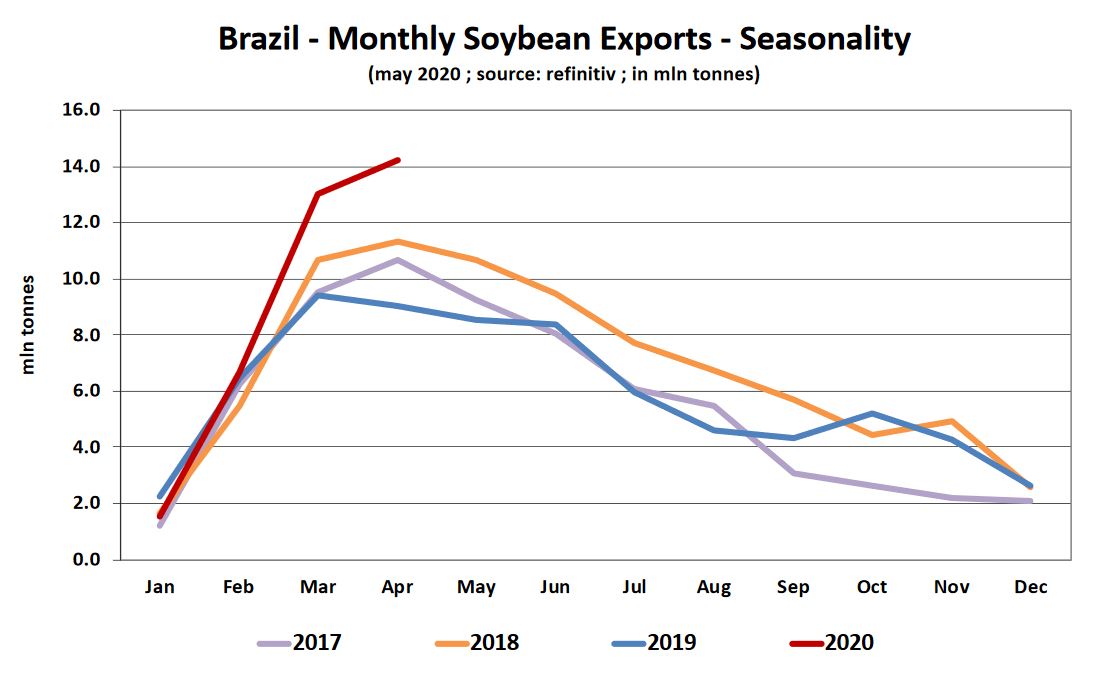 “The sharp depreciation of the Brazilian Real means that interior soybean prices in Brazil continue to increase relative to the U.S. Dollar while global export prices of Brazil soybean remain competitive relative to its counterparts. Record high domestic prices and a bumper soybean harvest in 2019/20 (124 mln tonnes according to Refinitiv Agriculture Research), will guarantee sufficient soybean supplies while restoring hog stocks should increase China’s demand for soybeans. Soybean exports in the following months may decline gradually from April’s peak, in line with normal seasonality (see graph below) but will remain strong relative to the same period of previous years. The latest Williams soya line-up report (released on 05 May) indicates that 11.6 mln tonnes of soybeans are scheduled to ship from Brazil in May. The big unknown however is if the rampaging coronavirus epidemic in Brazil can affect logistics and port operations in coming weeks”, Banchero Costa concluded.
Nikos Roussanoglou, Hellenic Shipping News Worldwide