An ambitious plan to double Brazil’s crude production, could yield significant demand for seaborne crude tanker plays down the line. In its latest weekly report, shipbroker Gibson said that “since 2019 Brazil has become the top crude exporter in Latin America, with crude shipments (for all producers) reaching a record 1.4 million b/d last year. Further growth is likely, with Petrobras announcing its plans to double the company’s crude exports between 2021-2025 to 891,000 b/d from an average of 445,000 b/d. Under Petrobras’ new plan, domestic crude sales will drop from 1.348 million b/d during this period to 1.252 million b/d. The company is also in the process of selling around half of its 2.2 million b/d domestic refinery capacity and assumes that the new refinery ownerswill purchase oil from alternative sources. This will allow the current allocated crude to those refineries to be diverted for export trades”. 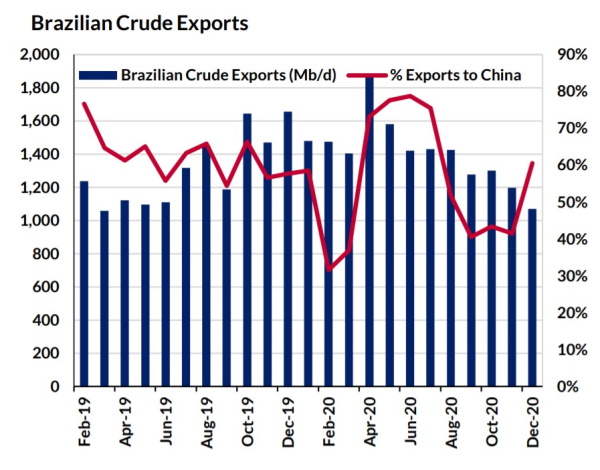 According to Gibson, “as part of the plan to increase crude exports, Petrobras will invest around $37.8 billion in pre-salt projects through to 2025. The Buzios field remains Petrobras top medium-term development, attracting around 30% ($16.7 billion) of total spending. The field is forecast to increase output from 600,000 b/d to 2.0 million b/d through the addition of up to eight FPSOs by 2030. The Campos basin, will also receive around $13 billion to revitalise production back to around 1 million boe/d. In addition, Petrobras plans to invest around $17 billion on 13 offshore platforms through to 2025, 11 in pre-salt and two for the Marlim field. Whilst there is major investment in additional production, Petrobras will also divestitself of around 600,000 boe/d of crude production”.

The shipbroker added that “this revitalisation comes as Petrobras has established a $35/bbl break-even baseline for upstream investments, which could be difficult for some presalt projects. However, with the additional investment, the company anticipates it will be able to bring break-even down to $19/boe as lifting costs are reduced. Within the plan, Petrobras will have to provide around 10% of the Buzios output to its partners CNOOC and CNPC, who purchased a combined 10% interest in the field in 2019. China has emerged as the country’s most important export market. During 2020, China accounted for over 56% of total Brazilian crude exports. Petrobras is also working on developing other markets, such as India”.

Gibson noted that “Petrobras’s ambitious production targets will undoubtedly support the tanker market, with higher crude exports to China and beyond likely. Likewise, the company’s plan to rationalise its refining assets could see Petrobras divert a greater share of its production for export, whilst the new refinery owners are free to optimise crude purchases according to margins, which may support higher crude imports into the country. However, if the new refinery owners are able to run their plants more efficiently than in the past, then refined product imports into Brazil may face headwinds. For now, Petrobras’s plans seem more optimistic for crude than they do for product tankers. However, the biggest dependency is whether the strategy to double crude exports and increase production can be delivered on time and on budget”, the shipbroker concluded. 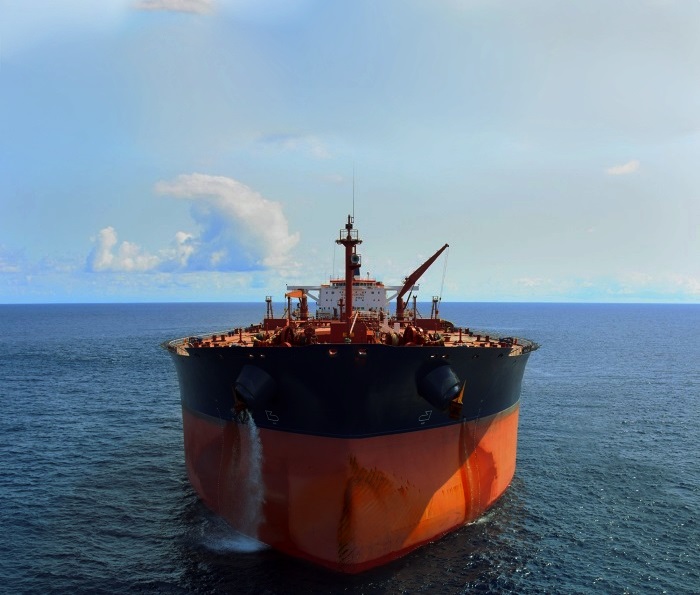 Meanwhile, in the crude tanker market this week, Gibson said that “VLCC Charterers started the week in complete control with good availability be it modern / approved or older / handicapped, the choice was theirs. Now though, due to the Western markets strengthening, Owners mindset changing, a repeat of last done may not be so easy to achieve. Last paid for East discharge was 270,000mt by ws 25.5, on an ex dry-dock vessel, and we estimate for a voyage West, rates around 280,000mt by ws 18 (via Cape). Suezmax tonnage has fared better this week and Owners have been able to marginally increase rates to 140,000mt by ws 18.5 for European discharge and 130,000mt by ws 48 for East destinations. The week closes with a standoff as Owners look to push rates higher and Charterers are in no rush to fix. Aframax enquiry continues to be drip feed into the market and remains flat at 80,000mt by ws 60 for East discharge”, the shipbroker concluded.
Nikos Roussanoglou, Hellenic Shipping News Worldwide