International maritime analytics platform MarineTraffic will be promoting its services under the “Shipping is Here” tagline at Posidonia, the world’s most important maritime event (6-10 June) in Athens. The company has created a maritime data ecosystem which includes vessel positions, meteorological forecasts, asset values, container tracking, nautical charts and is used by six million users a month.

MarineTraffic is now trialling an onboard device which will allow any vessel to become a listening station, collecting AIS and meteorological data from the surrounding area as well as broadcasting its own proprietary operational and navigational data for in-house use. It is anticipated that this will significantly improve the quality of global maritime vessel tracking data and allow smaller craft using AIS transponders to be detected away from shore for the first time.

The device is currently being trialled and will be available in early 2023. It will extend and augment the MarineTraffic network of 5000 land-based AIS stations by the addition of “roaming” stations. 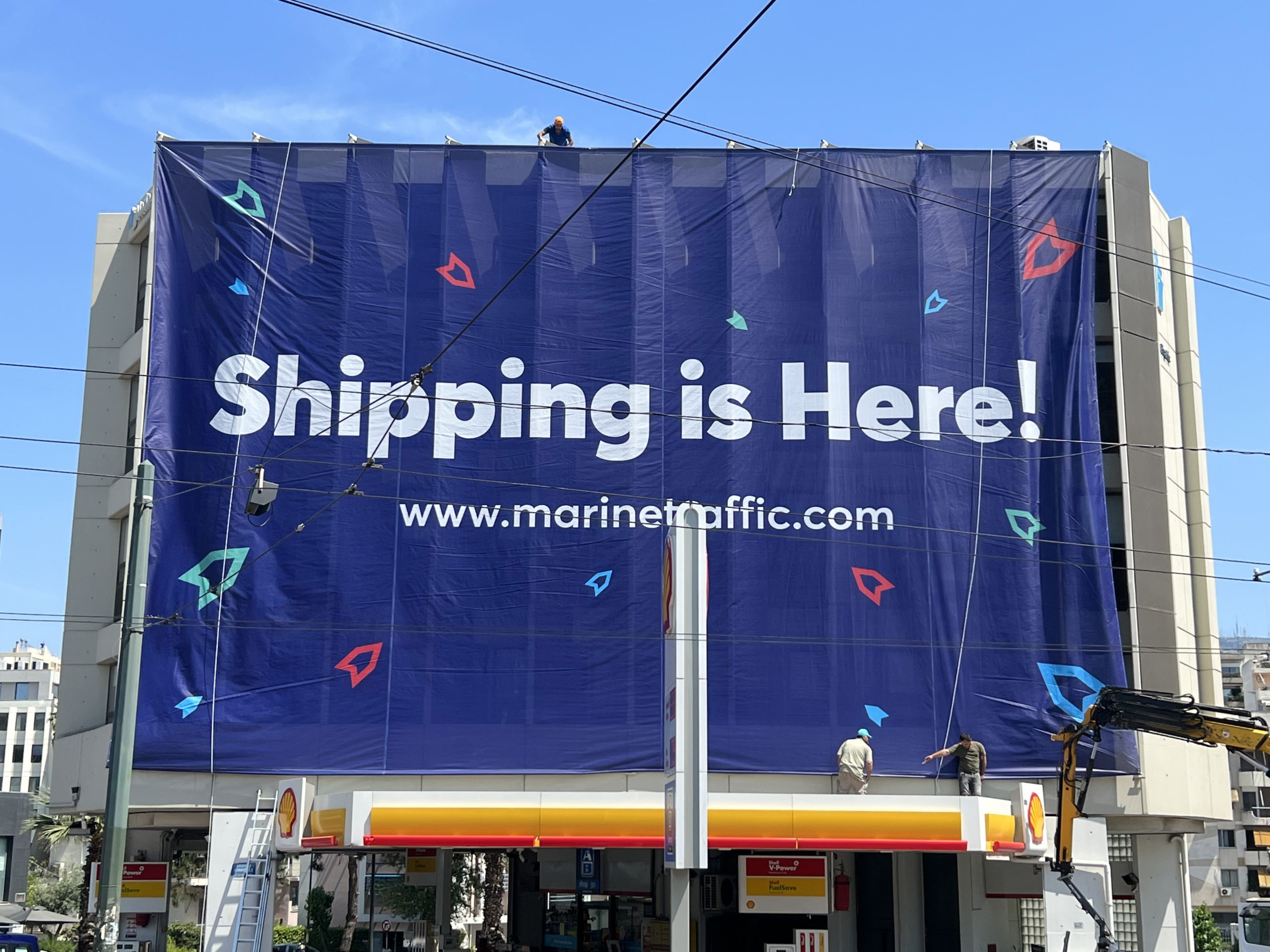 “We have built a platform which goes way beyond a vessel tracking service,” said MarineTraffic Chief Product Officer, Dimitris Lekkas. “Data thrives when it works seamlessly with other data, turning it into real information and actionable intelligence. The connected vessel will deliver more accurate models for vessel arrival times and therefore help reduce fuel consumption. Our users will be able to build their own dashboards and combine their own data with information drawn from the huge MarineTraffic ecosystem.”

He added:
“We are in negotiations with a range of important third party data providers and will be adding more and more data-overlays including port costs and rate data onto the platform.”

MarineTraffic has seen significant growth since its last appearance at Posidonia in 2018. Its headcount of programmers, data scientists and customer support specialists has doubled to 170 and it has operations in 12 countries. In September 2021, MarineTraffic launched a service specifically aimed at fleet operations teams allowing them to undertake detailed voyage planning, weather forecasting and anticipate port congestion via a dashboard or integrate into their own software systems. The service includes visual voyage reports to review incidents, performance and charter party compliance. It also offers optimised route suggestions for port-to-port passages.

The company has also launched a successful Visibility For Containers solution which combines carrier track & trace data, vessel schedules and AIS intelligence to provide shippers and forwarders with independent real-time insights including predictive Estimated Times of Arrival for containers for each stop up to the final port of discharge.
Source: MarineTraffic