Britannia P&I Club is firmly establishing its presence in the Greek shipping market for P&I Clubs. This was made even more evident with the recent establishment of a local office in the Greek market, expected to open its doors in 2018, with the aim of providing a claims handling service, alongside the obvious fact of acting as Britannia’s public face in Greece.

In an interview with Hellenic Shipping News Worldwide (www.hellenicshippingnews.com), Dale Hammond, Director, FD&D and claims director for the Club’s Greek membership says that the renewed focus on the Greek market means that Greek-owned tonnage now represents about 8% of the Club’s overall tonnage of 8 million gt. He also discusses current “hot topics” in the industry, like cybersecurity, as well as the Club’s decision to relocate to Luxembourg, as part of Brexit’s contingency plans.

Britannia P&I Club formally launched an office in Athens recently. Can you let us know which factors triggered your move at this particular timing?

For many years Britannia focused on markets other than Greece, particularly Asia and Scandinavia/Northern Europe, as a result of which the Club has long had a strong presence in those regions. The effect of concentrating on other areas meant that until relatively recently we did not know the Greek market as well as it was justified.

Our approach began to change about 15 years ago when it was recognised that Greece was a market that warranted greater attention from Britannia. Since that time, thanks to the support of the Greek ship owning community, we have steadily been able to develop our presence, such that Greek-owned tonnage now represents about 8% of the Club’s overall tonnage or 8 million gt. In light of that growth, and with a view both to supporting the existing Greek membership and to offering a localized service to potential new members, it was decided that now is an appropriate time for Britannia to open an office in Greece. A Greek office will allow us to get much closer to the local market to enable us to better understand its needs.

The office will open in 2018 and will provide a claims handling service. It will, of course, also have an ambassadorial role as Britannia’s public face in Greece.

How has the recent re-branding of the Club been received by members and which were the reasons behind it?

The re-branding has been well received by our Members’, as well as third parties (e.g. Brokers) who have generally welcomed moves by the Club to modernize its identity and image in response to new challenges in the maritime sector. It was partially driven by the desire of the Club to meet Members’ changing demands whilst still recognizing the Club’s roots in shipping as depicted in the logo. The re-branding goes hand in hand with a number of other recent initiatives from the Club including the opening of an office in Greece and is evidence that Britannia is continuing to develop its service to members. 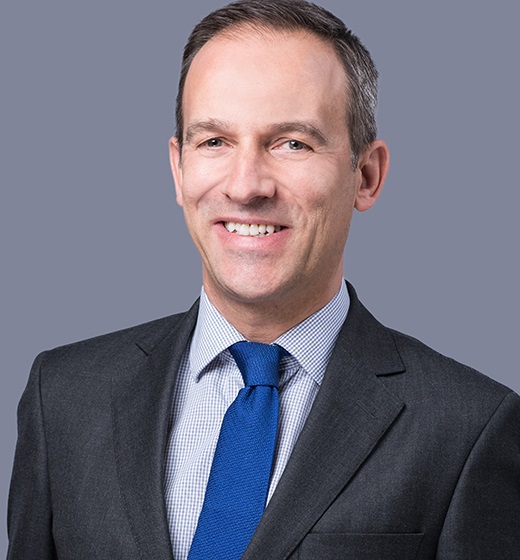 Over the course of the past week, UK-based P&I clubs announced their contingency plans on Brexit, looking to relocate in Dublin, Ireland. Is a similar move on the cards for Britannia as well?

Following the 23 June 2016 referendum and the UK’s triggering of Article 50 on 29 March 2017, Britannia’s Board has been considering plans to preserve the ability of the Association to write non-UK EU business post Brexit (i.e. to preserve the current benefits of passporting). Possible restrictions on the freedom of movement of staff between the UK and EU would not currently have a material impact on the Association, although this will be monitored.

It is hoped that discussions between the UK and the remaining EU states will allow for continued passporting or a transition arrangement. In the meantime, Britannia’s plans assume a worst-case of a “hard Brexit” and the loss of passporting from 29 March 2019.

With the advice of third party consultants and having engaged with various EU regulators, Britannia’s Board has now instructed the Managers (Tindall Riley (Britannia) Limited) to focus on Luxembourg as the preferred option. The structure envisaged is the maintenance of Britannia as a UK domiciled insurer and the creation of a new EU (Luxembourg) domiciled insurer. Both insurers (Britannia UK and Britannia Europe) would be owned by a UK domiciled parent company. This will preserve the nature of the Association as a single entity i.e. to maintain a common approach to risk appetite, underwriting, investment, reserving and operational procedures.

The Managers will engage further with the Association’s consultants and legal advisers together with the PRA (UK’s insurance regulator) and CAA (Luxembourg’s insurance regulator). It is envisaged that a formal application to establish Britannia Europe will be made in early 2018 to enable the insurer to be licensed and operationally ready by the end of 2018 and in good time for the 20 February 2019 renewal. At this stage, it is not envisaged that a Part VII transfer will be required.

Cyber security is a threat which is apparent in the shipping industry as well. What’s Britannia’s view and guidelines on the matter?

The commercial impact of recent cyber-attacks on shipping companies and, in particular, the interruption caused to business, has clearly highlighted the danger of cyber risks to the industry. It has emphasized the need for all shipping companies to regularly review and strengthen their cyber security and to increase awareness amongst employees of cyber dangers.

The types of risk that shipping companies face are varied, and include “phishing”, the hacking of systems so as to facilitate, fraud or theft or smuggling of cargo, the introduction of malware intended to infect computer systems and ransomware attacks used to extort money. Although the greatest threat has so far been to shore side computer systems, there are also risks for the systems on board ships. While the main risk for ships is probably the inadvertent or deliberate introduction of malware which renders on board systems (for example, bridge and machinery systems) inoperable or less effective, various “ethical” hackers have suggested that it is possible to hack into ship systems from ashore in order to take control of a ship’s navigation and positioning systems

As the types of cyber threat are so varied and the risk to ship and shore based systems is different, it is difficult to provide generic guidelines to ship owners on how best to reduce the risks. For shore based systems, the risk to shipping companies is not significantly different from other types of company except to the extent that there is interface with systems on board ships. Generally speaking, investment in anti-virus technology, training and awareness of staff, as well as having a contingency plan to deal with the situation when systems are attacked, will greatly reduce the risks. As for the threats faced by computer systems on board ships, BIMCO has published some very helpful guidelines in identifying the systems that are vulnerable and the steps that can be taken to protect them.

Previous: Ship owner and soccer boss Vangelis Marinakis to face trial on charges of match fixing
Next: Too much capacity can hinder the dry bulk market’s recovery in 2018