Coal demand in China has rebounded during 2018 as well, leading to a further level of support for dry bulk freight rates. In its latest weekly report, shipbroker Banchero Costa, commented on Chinese coal imports, saying that “in the first 11 months of 2018, total coal and lignite imports increased a strong 8.9 percent to 270.5 mln tonnes. Of this, imports of steam coal and lignite increased by 13.5 percent year-on-year to 209.4 mln tonnes, while coking coal imports decreased by 4.2 percent to 61.1 mln tonnes. However, it is uncertain if 2018 full year imports will exceed the 2017 volume of 271.1 million tonnes, following the introduction of coal import restrictions in November and signals by the government to keep the year’s imports below 2017 levels”. 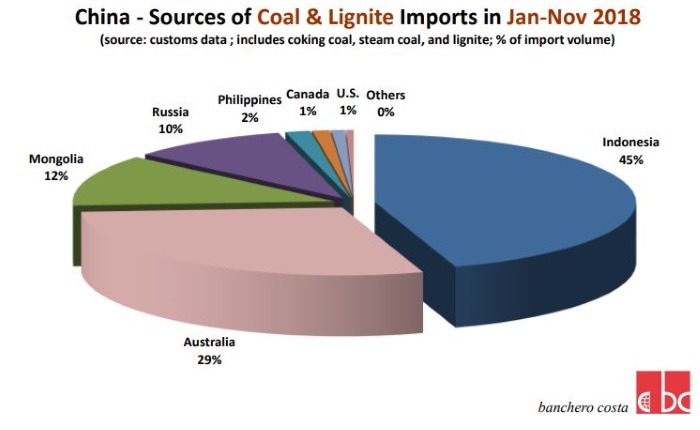 According to Banchero Costa, “while import restrictions have since started to relax with the start of the new year – with waiting times for customs declarations to be completed at around 15 days now, compared to 30-40 days when restrictions were in force – China’s National Development and Reform Commission (NDRC) is said to be considering monthly coal import controls in 2019. The pursuit of monthly import controls instead of an annual quota is a sign that upside in coal import volumes may be more limited going forward, as the government seeks to increase domestic production while limiting falls in price. In 2019, domestic coal production is expected to increase by around 100 million tonnes. Indonesia and Australia dominate coal exports to China, accounting for 45 percent and 29 percent respectively of China’s import volume in the first 11 months of 2018. Over Jan-Nov 2018, total coal imports from Indonesia surged 11.7 percent year-on-year to 121.8 million tonnes, mostly from an increase in lignite shipments. While Indonesia supplies mainly lignite which are of a low calorific value, they tend to be low in sulphur and trade at a large discount to higher-quality thermal coal from Australia. They are thus useful for blending with higher-sulphur domestic supplies and imports”. 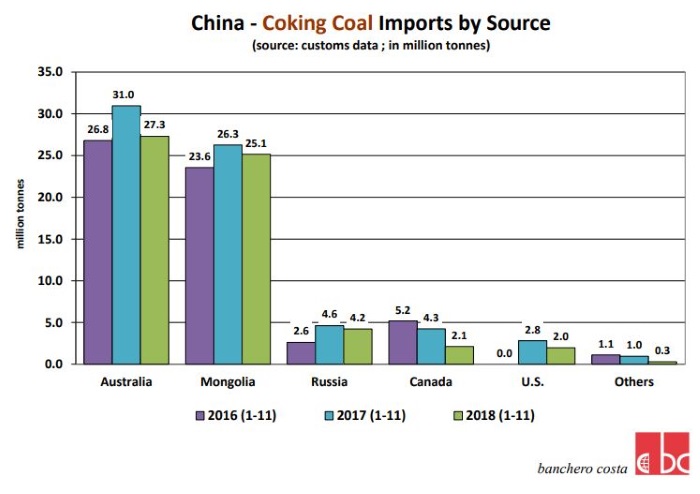 “On the other hand, Australian shipments fell 2.1 percent to 78.4 million tonnes, largely as coking coal shipments decreased with easing Chinese import volumes. Chinese coking coal imports have been falling this year, even as steel production increased 9.4 percent year-on-year over the same period to 851.4 million tonnes, likely due to Chinese mills requiring less coking coal as they increased scrap usage in steel making, some inventory run down due to high coking coal prices in 1Q 2018, and renewed coal import restrictions in November”, Banchero Costa said.

In a separate report on coal demand, the shipbroker had also mentioned that in 2018, “strong steel production has also helped coking coal imports to recover in recent months after some inventory run down in 1Q 2018 due to high coking coal prices. Coal imports are expected to pick up in the coming months due to strong winter heating demand, although import restrictions could return after the winter as the government seeks to control domestic coal prices and increase local production, which was the case when previous restrictions were placed on coal imports in April 2018. As the U.S.-China trade war escalates, China has included coal in the list of U.S. imports facing a 25 percent import tariff from 23 Aug. However, this is not expected to have a large impact as China is not a major buyer of U.S. coal. In 2017, China imported 3.2 million tonnes of U.S. coal, equivalent to only 1 percent of total Chinese coal imports”. 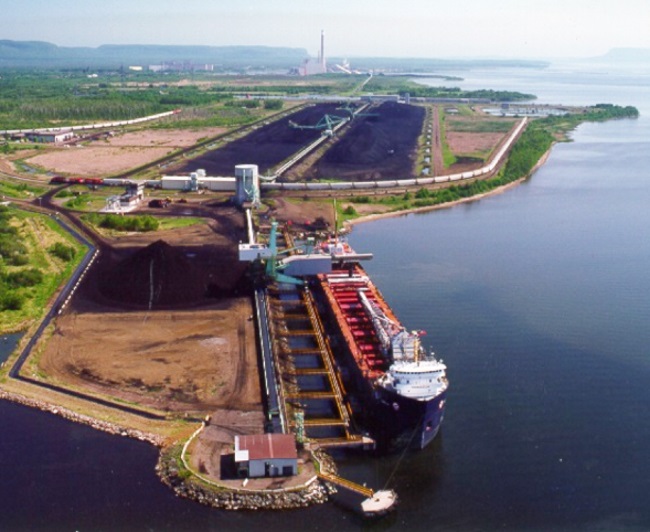 Meanwhile, according to Banchero Costa, “Japan’s coal imports increased 1.6 percent to 192.8 million tonnes in 2017, as the country continued to rely heavily on coal for power generation while the majority of the country’s nuclear reactors remain shut following the Fukushima disaster nearly seven years ago. However, further restarts of nuclear power plants from next year could reduce coal purchases. Over Jan-Sep 2018, Japanese coal imports fell 1.0 percent to 140.8 million tonnes. South Korea’s coal imports also increased by a strong 10.2 percent to 148.3 mln tonnes in 2017, as nuclear reactor outages impacted energy supply, and new coal-fired power stations came online. This benefited tonne-mile demand as coal imports increased from Indonesia and longer haul destinations such as Canada, South Africa, Colombia, and the U.S.. However, South Korea’s demand profile for thermal coal is expected to change with the adoption of a new 0.4 percent sulphur limit from July for thermal coal used in their coal power plants, and consumption tax increases for coal. These factors could favour increased imports of higher calorific coal with lower sulphur content from Colombia, South Africa, and Russia, which are likely to utilize more Capesizes for transport. In the first 9 months of 2018, South Korea’s coal imports decreased by 1.2 percent to 11 million tonnes. India appears set to be a bright spot for coal trade this year, as production shortfalls, domestic logistical bottlenecks, regulatory changes targeting pollution cuts, and surging power demand from household electrification all fuel higher imports from suppliers such as South Africa and the U.S.”, the shipbroker concluded.
Nikos Roussanoglou, Hellenic Shipping News Worldwide