Bunker Prices Stabilize Over the Week

Oil market fundamentals continue to be weak especially with increasing COVID-19 cases globally. This surge in infections raises concerns of new lockdown measures on the European continent over the next few months, which may lead to a slower recovery of global oil and fuel demand. 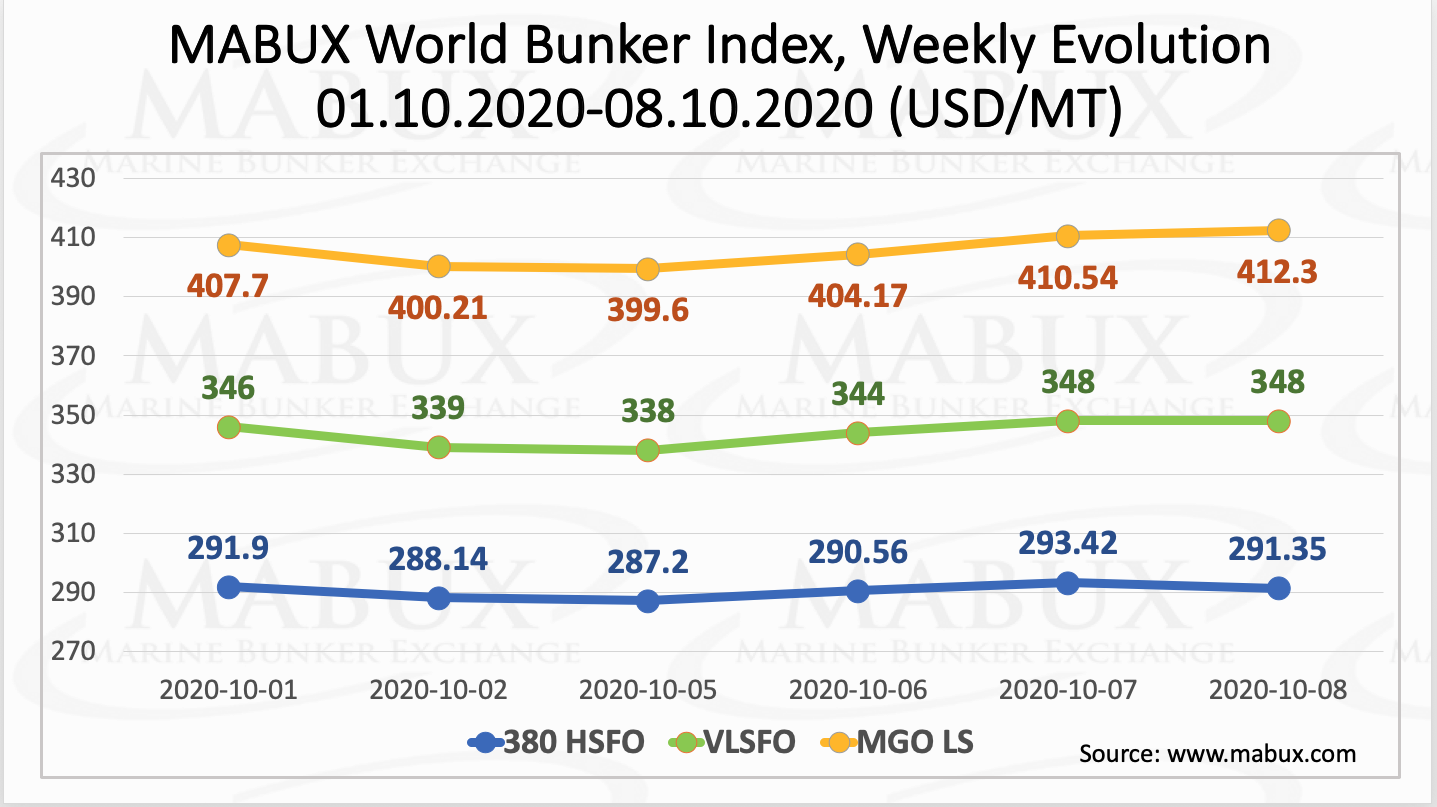 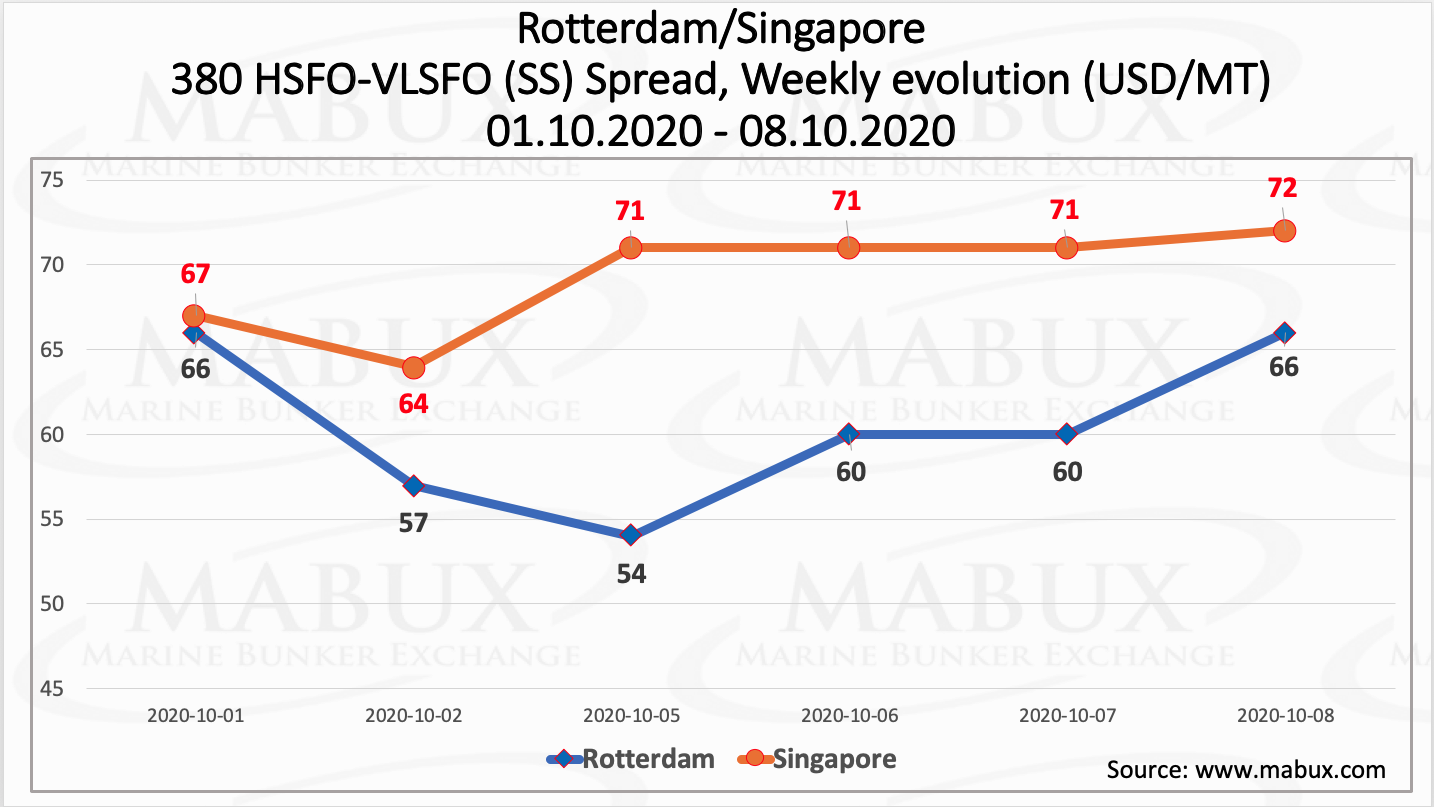 Meantime, bunker sales volumes are starting to pick up again in some ports, with Singapore being an example of such a trend. Preliminary estimates from the Maritime and Port Authority of Singapore on Sept. 14 showed that in August bunker fuel sales in Singapore, added 0.27% on the month and rose 13.6% on the year to 4.17 million MT. 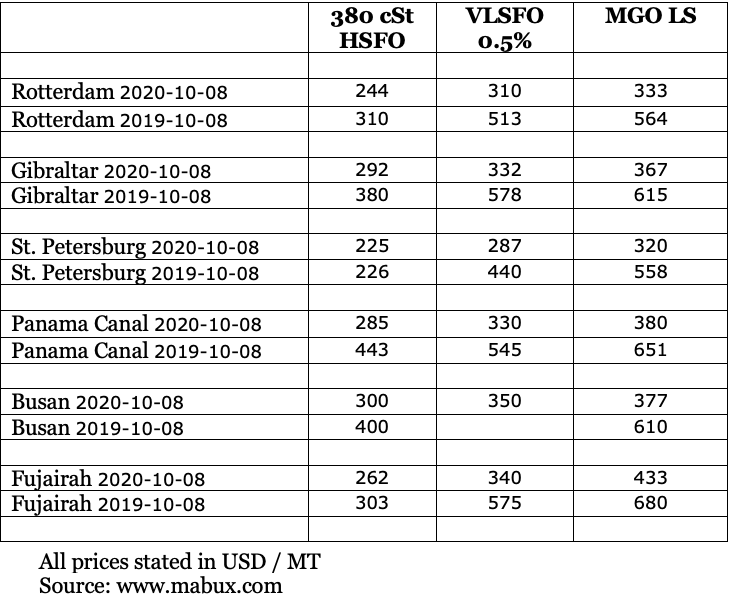 BIMCO is concerned that the inclusion of shipping in the EU Emissions Trading Scheme (ETS) will inhibit global action on reducing CO2 emissions. Instead, BIMCO urges the EU to work with the international community at the International Maritime Organization (IMO) to get a global market-based measure established, when the required technology is available, which would ensure the industry operates on a level playing field. When the EU attempted to unilaterally enforce its ETS on airlines flying in or out of EU in 2012, it was met with stiff opposition from large countries, such as China, India and the U.S. An EU-imposed regional ETS for shipping could lead to similar responses.

IMO reported, the implementation of the IMO 2020 fuel regulation had been smoother than expected. Only 55 Fuel Oil Non-Availability Reports (FONARs) submitted since the introduction of the 0.50% global sulphur cap this year.
Source: MABUX

Electric Smart Ship Will Sail in Ulsan Next Year