International seafarer welfare charity The Mission to Seafarers has teamed up with leading superyacht brokerage house Burgess to establish a welfare support network for superyacht crew.

The first of its kind in the maritime industry, the joint initiative aims to tackle ongoing welfare issues in the superyacht sector.

As part of the partnership, Burgess has co-sponsored an initial three-month pilot project in Palma, Majorca, a key port in Europe for superyachts. This will allow the Mission to begin its service provision for crew members in the area, and lay the foundations for future work in other key superyacht locations around the globe.

Throughout the project, seafarers will have access to a range of welfare and advocacy services, as well as emergency response in crisis situations, provided by a Mission chaplain on site. 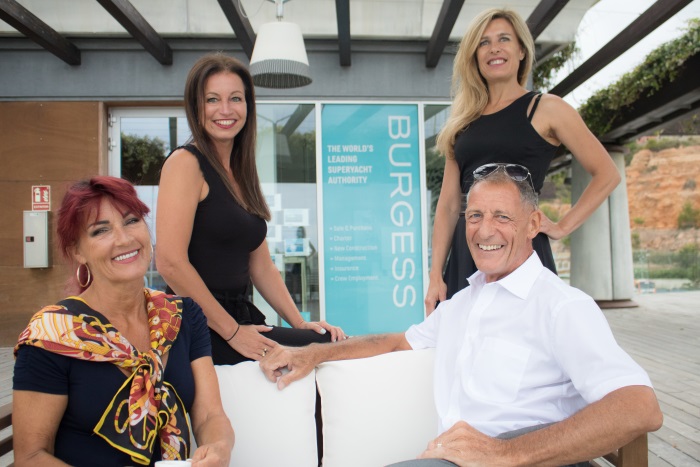 Ken Wiseman, project lead and Cyprus chaplain for The Mission to Seafarers, said:

“We are extremely grateful to Burgess for their kind sponsorship of this ground-breaking project – the first of its kind in the industry.

“For many young people, working on board a superyacht can be a real dream come true. Many are attracted to the job by the seemingly luxurious lifestyle it affords and the opportunity to travel to some of the most beautiful destinations in the world. It can be a highly rewarding working experience for many, but sadly for some, the reality can be far from a dream.

“We know from research that there are a number of welfare concerns that have not been addressed by maritime missions and welfare organisations until now. This can range from loneliness through to harassment on board.

“By working together with Burgess, we aim to address this head on by establishing a vital welfare and support service to thousands of crew around the globe, many of whom are young and vulnerable to exploitation.”

“We are proud to be working with the Mission to establish a global foundation of support and transparency upon which this industry can build.”
Source: Mission for Seafarers

2019-06-19
hellenicshippingnews..
Previous: US presses other countries to police Strait of Hormuz
Next: Stena Line’s able seamen volunteer for Mercy Ships