Over the past decade, ship leasing has grown to become a significant substitute as a provision for financing of ship acquisition. The ship leasing market is projected to further grow at a rather significant pace in the near future, with the expansion of the Chinese leasing companies.[1] India’s International Financial Services Authority (Hereinafter referred to as “IFSA”) , in line with the global trends in the ship leasing market recently released Framework for Ship Leasing.[2] The idea culminated by virtue of the Ship Acquisition, Financing and Leasing (Hereinafter referred to as “SAFAL”) Report which redefined a ship lease as a financial product, to sustain in the global maritime play. The current framework acts as an enabling channel to achieve SAFAL’s initial object.[3] Considering the increase in several entities setting up their operations in the Indian IFSC, after the IFSC Authority came out with the framework enabling aircraft leasing and ancillary services, one can naturally predict a positive outcome from the Ship leasing framework as well. [4]

Any entity undertaking ship lease in IFSC shall be registered as a finance company/unit. The operations can be in the form of a Company or a Limited Liability Partnership (LLP) or a Trust or a Branch. Such registered entities with the IFSCA will be governed as under the IFSCA (Finance Company) Regulations, 2021. The framework allows financial companies to carry out core and non-core activities, as permitted which are dependent on the capital and prudential requirements and differ in accord to the nature of the activity. Extra-ordinarily, the framework covers guidelines on operating lease, financial lease and a hybrid of both or an ocean vessel, engine of a ship or any other part thereof. Such leases are to be as per the Indian Accounting Standards on leases. Further, the statute applicable to comply requirements, exceptions and regulations as notified is the Merchant Shipping Act, 1958. The circular also grants imposition of notifications by competent authorities, as enshrined in the statue such as the Ministry of Shipping or Director General of Shipping.

Paving the way for an owner’s market stance, a lessor will be permitted to carry out operating leases, asset management support services for assets owned or leased by a particular entity or its wholly owned subsidiaries or their branches set up by virtue under IFSC in India, this includes transfer, assignment, purchase, sale and lease back, novation or any such similar transactions in relation to a ship lease. Lastly, to further boost investment in ship lease finance, income of a non-resident from interest and royalty on a ship lease by a unit in the IFSC is predicted to be exempt from tax under the new Union Budget. [5] 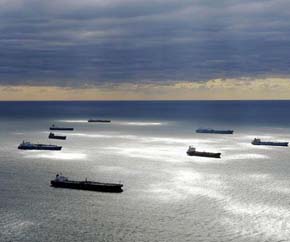 It is noteworthy to see the IFSCA recognize the potential of the global ship leasing scenario to further promote GIFT IFC and the idea of an “Atma-Nirbhar Bharat”. The object can be seen through and through to establish India as a global hub for ship leasing and financing activities. Speculations also go on to recognize Asia as a major ship finance market as compared to Europe and the U.S. and with shipowner’s turning to the Chinese leasing houses, India must recognize this advance and further promote ship leasing finance. To draw a parallel, India only has 1% of the global market share as compared to the Chinese 16%.[6] Considering India’s stellar common law system, tremendous workforce, ample number of ports, proximity to major markets along with Asia being a base for operations countries like that of China having low tax regimes are looking forward for offshore ownerships, making the ship leasing industry a lucrative opportunity for India to capitalise taking a more owner centric approach.[7]

Due to Indian lessor’s market focusing on a charterer’s approach, the already upcoming advance of China owning a very large number of ship vessels is indeed alarming. The current position of the Ship Leasing market makes it a prominent source of finance rather than an alternative, hence the IFSC must further issue guidelines that ease the access of finance to the lessors as they should be encouraged to operate ships and the ancillary vessels as owners rather than renters. [8] To put statistics in place, due the renter’s approach India’s ship industry has become of charterers and not of owners, making an annual expenditure of a whopping $75 billions for chartering foreign shipping vessels. However, the framework’s induction is a step towards flagging ship ownership in India rather than resorting to the industry stakeholders i.e., Panama, Marshall Islands, Dubai, Liberia, and China.[9] Are we still going to remain a charterers market with tremendous growth being made in the manufacturing and exports or should we actually move today being self-reliant supporting the manufacturers, traders and exporters in making India an Owners market in the years to come?

Initiatives like this can help boost the shipping finance framework in India as well, however the same requires tremendous investment. There have been new reports to the fact that CSSC Shipping, the financial leasing unit of China State Shipbuilding Corporation (CSSC) announcing plans to issue two bonds worth a total of US$800 million due in 2025 and 2030 and to use the net proceeds primarily to develop its leasing business and refinance its existing indebtedness.[10]

Similarly, Japanese and South Korean financial institutions have also promised to be prominent players in the ship leasing section. In June 2020, the Hong Kong government published a rather attractive ship leasing tax incentive in order to compete with tax-friendly schemes in Singapore and other jurisdictions by offering profit tax concessions for qualifying ship lessors and ship-leasing managers, which is applied in a similar fashion by the Indian Government. The incentive applies to Hong Kong-based managers using separate Hong Kong-incorporated special purpose companies to own and lease ships for use outside Hong Kong waters based on operating or finance leases entered into with either affiliated or third-party lessees. The ship-leasing company must have an adequate number of full-time employees in Hong Kong (in any event, not less than two) and an adequate annual operating expenditure in Hong Kong (in any event, not less than approx. US$1 million), whereas the figures for a ship leasing management company are respectively one and US$128,000. The conditions are said to be in general less tedious than those of Singapore and has been designed to help promote Hong Kong as the preferred jurisdiction for ship-leasing activities.11

Refreshingly, the Indian framework also provides interesting incentives, e.g., All transactions taken place by a lesser are to be done in a freely convertible foreign currency, but a lesser is permitted to defray any administrative expenses through a different INR account, the provision proves to be accommodative and reassuring for ship lessor owners. Indian units may face a lack in maritime finance and insurance, they are generally referred to as non-riskers and the framework also may prove to be time-consuming. Further, there needs to be a review of the tax regime under the backdrop of shipping industries, as can be seen in the tax regimes in Singapore, Panama, Malta and Cyprus that are proving to be centers of booming shipping finance. The above stated nations make the lesser operate with zero tax-burdens. Similarly, the GST provisions in India also needs a closer evaluation, as the current framework poses to favor foreign entities than promoting the Make-in-India regime. Wholistic approach taking into consideration the Indian legislative framework, the competition from several maritime jurisdictions and flag states thereby making investment into the maritime industry attractive is the need of the hour. The Indian Banks and financial institutions will also need to explore leasing structures and business opportunities simultaneously to encourage this initiative.

The goals of the framework were priorly set in a report of the Committee on Development of Avenues for Ship Acquisition, Financing and Leasing Activities, IFSC, which were again prominent on pushing for an owner’s market. The report promised to foster further development of ship leasing, financing and owning in IFSC to excite employment opportunities and output multipliers in the field boosting the Indian Economy.12
Source: Phoenix Legal, By Gautam Bhatikar, Shruti Salian and Devshree Patil