Ship owners have intensified their interest towards second hand dry bulk carriers, most notably Capesizes, as a result of the recent market rally. In its latest weekly report, shipbroker Allied Shipbroking said that “on the dry bulk side, a very strong week in terms of activity noted was due. The main driver was the Capesize segment, where a significant number of vessels changed hands as of late. This, however, may well be down to the mere fact that we have seen an excessive bullish trajectory in freight returns during the past month or so. Moreover, given the general improved levels in freight rates and the better sentiment, it is yet to be seen whether we will continue seeing a very vivid SnP market, with an attuned buying appetite being shared across all the main size segments. On the tanker side, a w-o-w growth in transactions was noted, with overall activity though remaining at relatively uninspiring levels for a fair period now. During the past week, we saw a fair movement only in the MR size segment, with the bigger sizes experiencing a rather sluggish mode, which seems inline somehow with the general mediocre track in terms of freight earnings as of late. 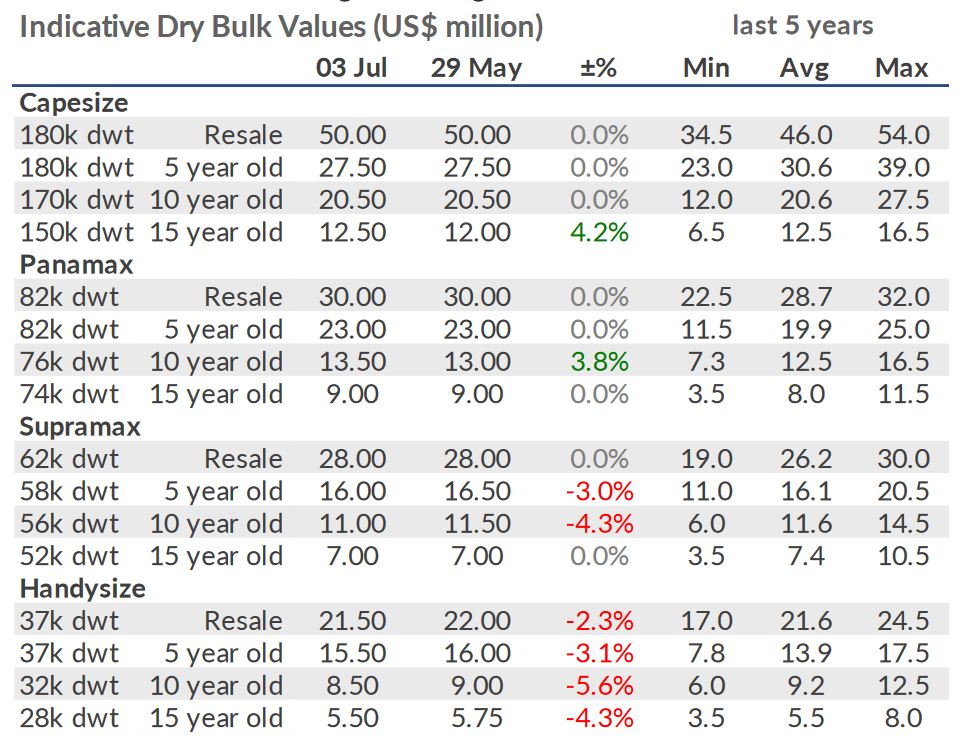 Meanwhile, things in the newbuilding market appeared to be more vivid than they were in the past few weeks. Allied Shipbroking said that, “it was a week with several interesting transactions coming to light across the whole spectrum of sectors. In the dry bulk market, the recent impressive rally in freight rates seems to have cultivated a much more attractive investment appetite. This may not be reflected as of yet on any impressive rise in activity (as we noted just three new vessels being ordered last week) but has boosted interest in the market. However, uncertainty for the upcoming period coupled with the current price levels have both curbed appetite thus far. In the tanker market, potential buyers seem to still be convinced as to the long-term prospects of the sector and despite the recent slump in freight earnings, are still active in the newbuilding market. Last week, we noted two new firm orders and another order in the LOI stage for six VLCCs. Finally, another order was reported last week in the LNG sector, with three new units being added to the global orderbook. The newbuilding market has been substantially subdued in the year so far and we do not expect the lost ground to be covered over the next couple of months. However, given the improved fundamentals and enhanced sentiment, it is likely that we will see improved numbers during the second half of the year”, Allied concluded.

Banchero Costa added that it was a “very quiet newbuilding market both in the dry and in the tanker segments. In the dry bulk segment, the interesting news to report refers to NB contract signed by Norden with Nacks for 4 firm Ultramax 61,000 dwt. The price reported seemed pretty attractive at $22.8 mln, as we understand it’s a basic spec repetition Tier II and there may be also a Japanese counterpart taking over the contract and chartering to Norden. Delivery will take place in Q1 2022. In the tanker market there is a letter of intent signed by One Capital (Geneva based) with HHI for up to 6 x VLCC: units are designed to be duel fuel engine and the price is estimated around $105 mln. Finally, in the gas sector United Liquefied Gas Shipping ordered 3 x 17,400 cbm LNG at Hudong for delivery end 2022”, the shipbroker concluded.
Nikos Roussanoglou, Hellenic Shipping News Worldwide