The dry bulk market has been in correction mode for the most part of the past few weeks and the start of 2022 has been no exception. However, this period of lean earnings, could also be a good time to invest more in the segment, as rates are bound to recover after the Chinese holidays next month. In its latest weekly report, shipbroker Intermodal noted that “since the beginning of the year, we have been witnessing the BDI correcting downwards with sizable drops across all segments. Latest similar levels were noticed back in February 2021”.

According to Intermodal’s Research Analyst, Mr. Mohamed Rabie, “BDI started to deflate after reaching the highest level since 2008 during the first week of October 2021. An uptick in the index was observed during the first week of December, but the downward trend resumed thereafter and was exacerbated after the world’s largest thermal coal exporter, Indonesia imposed a coal export ban on the first day of the new year for the month of January. The index dropped to 1,644 Tuesday, representing a -71% decrease to the Q4 peak, dropping below the levels seen during the 2nd half of January 2021, mainly due to underperformance of the Capesize market”. 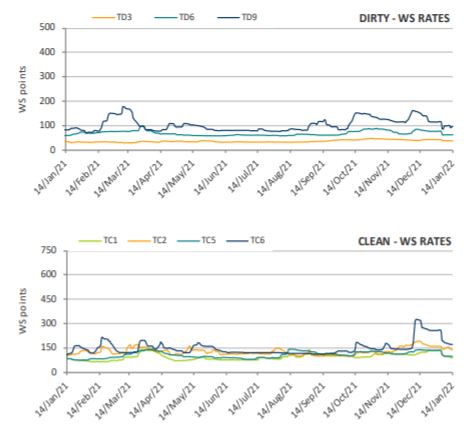 Mr. Rabie commented that “in detail, starting from the Handysize index (BHSI) and comparing January 2022 to January 2021, we stand at higher levels with the index at 1,162 points as of today, +78% y-o-y. The Supramax index also stands +68% above last year’s levels currently at 1,840, while the Panamax index stands +37% above last year at 2,223. Lastly, the BCI is the only index currently performing lower compared to last year, settling today at 1,316 -54% below the same period last year”. 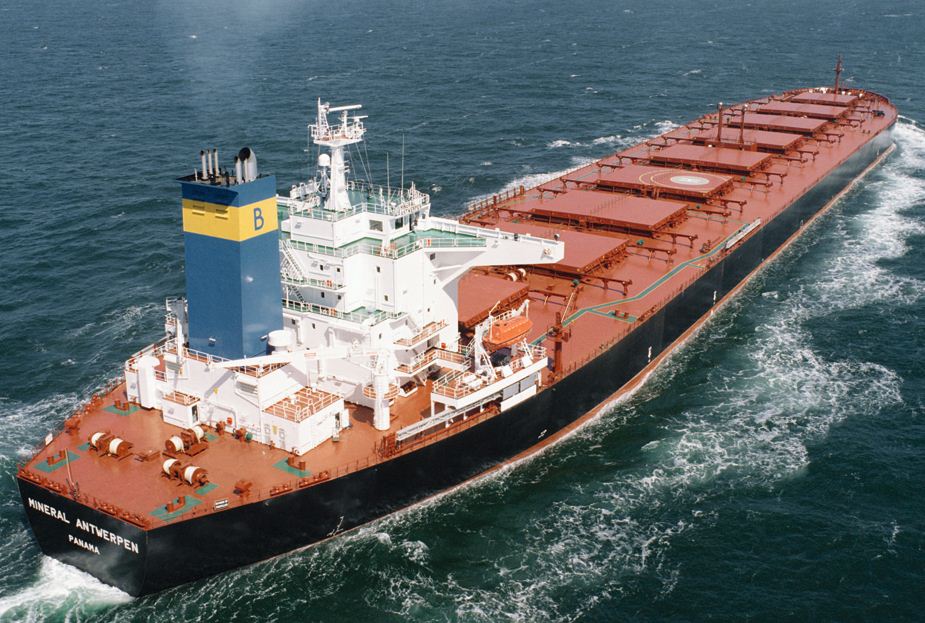 “This is the seasonally low quarter for the dry bulk market, during which Capesize exhibits the lowest relative performance due to its big dependence on iron ore flows, which are underperform during this time of year. An increase in vessels’ supply in the Pacific due to the Indonesian coal export ban has cannibalized earnings in the basin for all sizes, with the largest hit the most due to underperforming iron ore flows to which it largely depends. However, our lead analyst views current market conditions as a buying opportunity for the sector, which is expected to resume its upward trend during the second quarter of this year, with the geared segment likely to outperform during 1H 2022”, Rabie said.

“For the time being, with the Chinese New Year in less than two weeks from now and the Winter Olympics following, one could say that shipowners are temporizing their movements until the market shows its real potential, hence the number of deals in the dry SnP side is limited these days. YTD 2022 we have observed approx. 16 deals, and although we are halfway through the month, the trend lags by approx. 4 times the deals observed during full January 2021, when the market had shown signs of a countercyclical freight increase emerging, which finally led to a quarter that had defied seasonality”, Intermodal’s analyst concluded.
Nikos Roussanoglou, Hellenic Shipping News Worldwide

Previous: Four inefficient shipping regulations that no one talks about
Next: How to scale public-private partnerships for global progress