Capt. Heinrich Schoeller, explains the journey from a boy’s dream to today’s success on “It’s ALL about Shipping”

Captain Heinrich Schoeller, Chairman of Columbia Group, talks to Gina Panayiotou, for the radio show “It’s All about Shipping!” in a first interview, on the journey from a boy’s dream to go on board, leading up to his today’s success.

Captain Schoeller narrated the story behind his decision to go on board at 15, having a grandfather whom explored the oceans, leaving behind numerous stories and a museum of maritime ethology, as heritage. Captain Schoeller explained how he loved his seaborne years and when asked what was the greatest challenge of being at sea, he replied by saying that “when you are young, you have no difficult moments.” 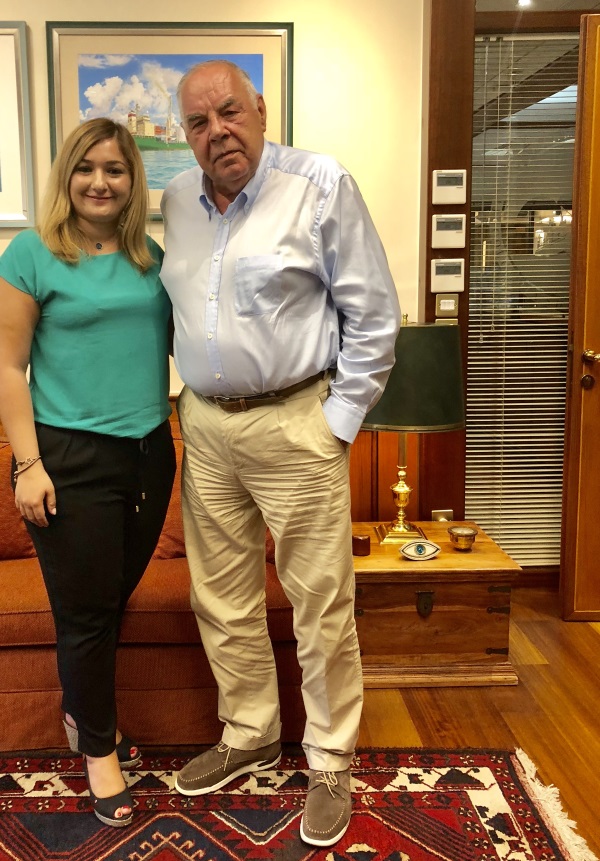 Building successful business operations since 1978, he believes the secret to sustainability and growth to be “all about quality: upholding quality and constantly improving.” Notable is Capt. Schoellers’ reply, when asked on why he chose to remain in Cyprus following the hardship of the war, what keeps him here and what his outlook of Cyprus shipping is. Captain Schoeller explained, that he felt he had an obligation to assist in the creation of a “home” for international companies to settle. “The people in Cyprus are hospitable to foreigners, open and very educated,” he also added that in respect of shipping, “Cyprus does it the right way,” giving of course specific emphasis on the newly appointed Deputy Minister of Shipping, Mrs. Natasa Pilides, being eager to deliver results and improving Cyprus shipping further, as well as the creation of the Deputy Ministry being an asset that numerous other maritime counties do not have.

Commenting on the way forward, following the merge of Columbia Ship management with Marlow Navigation, as well as the company’s recent corporation with Bernard Schulte on joint procurement, Captain Schoeller stated that in order to stay alive, we must remain competitive, it is thus a positive move when competitors start working together.

Captain Schoeller was also asked to comment upon the diversified nature of the Columbia group, offering from high caliber ship management services, to amazing food in ideal locations and much more. He clarified, that it was never intended to be a strategic move, but rather a fun and completely different type of operation, which he is passionate about, making also reference to the groups new expansion, in serving the first casino of Limassol.

When asked about the advice he would give the younger generation wanting to pursue a career in this industry, Captain Schoeller described it as an exciting career, without a dull day, however he explained that in this industry, working hours can not be counted.

On closing, Mrs. Panayiotou asked Captain Schoeller, what advise he would have given his younger self, where he replied that “I would do everything again, but much better!” Coming from a man that has assisted in Cyprus journey towards a shipping hub, has led the way for development and developed a successful group of companies growing over the past 40 years, one may only ask “How much better could he have done?”

2018-06-25
hellenicshippingnews..
Previous: Maritime charity calls on people from the shipping industry to take on its Loch Ness Challenge
Next: Cash-Rich Japan Offers a Haven From U.S. Zombies