Case law: The Eternal Bliss: demurrage is the only remedy available from a voyage charterer for losses arising from failure to complete cargo operations within laytime

In K Line Pte Limited v Priminds Shipping (HK) Co Limited (The Eternal Bliss) [2021] EWCA Civ 1712, the Court of Appeal has overturned the decision of the Commercial Court and ruled that, unless otherwise provided in the charterparty, demurrage at the agreed rate is the only remedy available to an owner in the event of losses arising from a voyage charterer’s failure to complete loading and/or discharging of cargo within the permitted laytime.

The Eternal Bliss carried a cargo of soybeans from Brazil to China pursuant to a contract of affreightment (COA). The COA provided that, in the event that laytime was exceeded, demurrage was to be paid at a daily rate (or pro rata for part of a day).

On arrival at the discharge port, the vessel waited at the anchorage for 31 days due to port congestion and a lack of warehouse space ashore. On discharge, and due to the delay, the condition of the cargo was found to have deteriorated. The cargo receiver pursued a claim against the owner for losses arising from the damaged cargo.

The owner settled the cargo receiver’s claim and sought to recover the amount incurred from the charterer in arbitration, as damages for failure to complete discharge within the laytime permitted under the COA. The charterer refused to pay such damages, arguing that demurrage was the only remedy to which the owner was entitled in the event of discharge time exceeding the permitted laytime.

The owner and charterer invited the Commercial Court to determine this issue under section 45 of the Arbitration Act 1996. 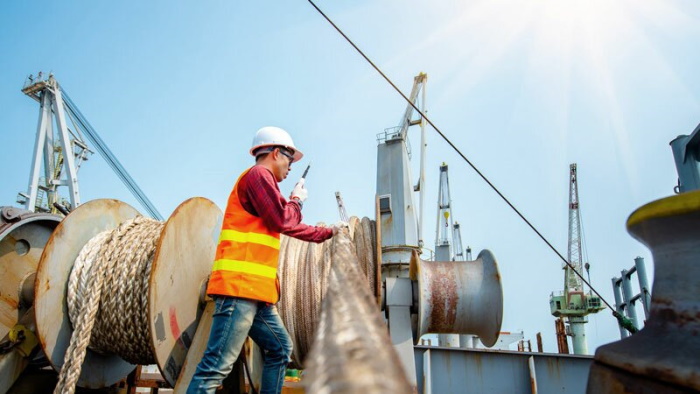 In the Commercial Court, Andrew Baker J found in favour of the owner. In doing so, the judge explored the scope of the concept of demurrage and concluded that a demurrage rate ‘provides an agreed measure by which the parties are bound for the owner’s claim for damages for detention, but it does not seek to measure or therefore touch any claim for different kinds of loss, whatever the basis for any such claim’.

The judge went on to examine the 1991 Commercial Court judgment in The Bonde, in which the opposite conclusion had been reached. The judge took the view that The Bonde had been wrongly decided, and declined to follow it.

The Court of Appeal decision

The Court of Appeal overturned the judgment of Andrew Baker J, and found in favour of the charterer. Males LJ (who delivered the judgment of the court) concluded that demurrage ‘liquidates the whole of the damages arising from a charterer’s breach of charter in failing to complete cargo operations within the laytime and not merely some of them. Accordingly, if a shipowner seeks to recover damages in addition to demurrage arising from delay, it must prove a breach of a separate obligation’.

The Court of Appeal conceded that, when agreeing a demurrage clause, the parties would probably primarily be contemplating loss of prospective freight earnings suffered as a result of the charterer’s delay, but ruled that this does not mean that demurrage is limited to that. The Court of Appeal decided that it is more accurate to say that the demurrage rate is the result of a negotiation between the parties in which the loss of prospective freight earnings is just one factor.

In addition, the Court of Appeal concluded that, if demurrage was deemed to relate to some types of loss but not others, there would inevitably be disputes as to whether particular losses are of the type covered by the demurrage clause. Part of the Court of Appeal’s reasoning was, therefore, based on a desire to avoid uncertainty in the law.

Although there may be an appeal to the Supreme Court, the position now is that demurrage is an exclusive remedy for all consequences of a failure to complete cargo operations within laytime. It seems unlikely that this could be circumvented via an implied indemnity in respect of the consequences of complying with charterer’s orders as that would be inconsistent with the exclusive remedy set out in the laytime and demurrage regime.

The Court of Appeal acknowledged, however, that it is open to the parties to agree that a demurrage clause should cover only some of the losses flowing from delay in cargo operations if they so wish, such as loss of use or earnings rather than, say, liabilities in respect of damaged cargo. Nevertheless, in the absence of express wording dealing with this point in the charterparty, owners should bear in mind that their ability to recover cargo liabilities from voyage charterers may be limited, if such liabilities cannot be attributed to a separate breach by the charterer.

The decision also brings (for now) welcome clarity in relation to an issue which has been debated for many years in English shipping law circles, with some leading textbooks changing their views repeatedly over the decades as the editorial teams changed. It will be interesting to see if clauses do emerge stating that demurrage only covers certain categories of loss.
Source: The Standard Club

2021-11-29
hellenicshippingnews...
Previous: COSCO SHIPPING Ports Signed the TCT Joint Venture Agreement and the Articles of Association of TCT Completion of the Acquisition and the Disposal Plans to Take Place in the Near Future
Next: VLSFO cash premium, time spread surge on tight supplies