Today, the Panama Canal presented the MSC Virgo, a containership with a Total TEU Allowance (TTA) of 15,746, with a Green Connection Award during its maiden voyage through the waterway, in recognition of its high environmental standards. In addition, the vessel was applauded for choosing the most emissions-efficient route when traveling from Europe to the West Coast of South America. The decision to navigate via the Panama Canal allowed the MSC Virgo to save more than 4,500 tons of CO2.

Sustainability is ingrained in the Panama Canal’s legacy. The waterway opened almost 107 years ago as the shortcut for maritime trade and the Canal works to add value as the Green Route – implementing measures and initiatives that maximize the waterway’s environmental and operational efficiency. This legacy of sustainability only continues to grow. 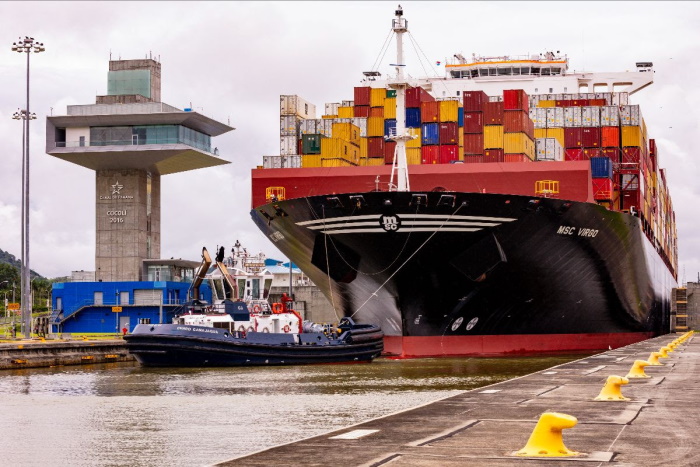 The recognition to MSC Virgo comes on the fifth anniversary of the implementation of the Green Connection Environmental Recognition Program and the sixth month of data published in the CO2 Emissions Dashboard. Though much has been achieved in the past five years, the road towards decarbonization will require the efforts of an entire industry. As the Canal looks ahead to the future, here are a few highlights from programs over the past five years:

Launched in 2016, the Green Connection Program introduced the Environmental Premium Ranking and the Green Connection Award. The Ranking is an incentive that rewards qualified customers who meet high environmental efficiency standards with the opportunity to improve their position within the Customer Ranking System, which is considered when booking transits through the Panama Canal. In 2018, this system was applauded by the International Transport Forum and the Organization for Economic Co-operation and Development (OECD) as an innovative idea that could be widely applied in other ports. As of today, 73 customers are ranked in the system.

The Green Connection Award was launched in the same year to honor customers who comply with the highest environmental performance standards. When awarding ships, the Canal considers the operational efficiency, the Environmental Ship Index (ESI) and the efficient design of ships, as well as fuel efficiency measures and emissions reduced in transiting the Panama Canal over other routes. The first recipient of the award was the Maran Gas Apollonia on July 25, 2016, the first ever LNG vessel to transit the Panama Canal thanks to the inauguration of the Neopanamax Locks. 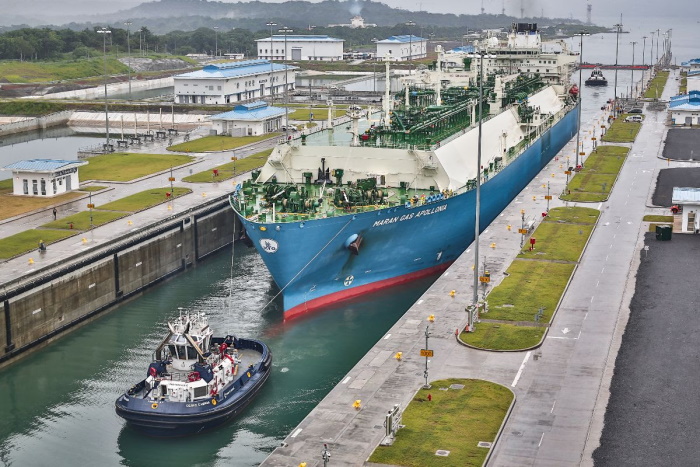 Since the Maran Gas Apollonia transit, more than 1,500 vessels have received the Green Connection Award. A few notable recipients include container vessels such as CMA CGM Theodore Roosevelt, Hapag Lloyd’s Valparaiso Express, and ONE Hawk, as well as NYK‘s vehicle carrier Garnet Leader, the LPG tanker G.Dolce, the Q-Flex LNG tanker Al Safliya, and the IMOIIMAX tanker Stena Imperial. The Green Connection Award was also presented to the hydrogen-powered, zero-emission catamaran Energy Observer, which serves as a floating laboratory for ecological transition, while in its expedition delivering a message towards a decarbonized future. 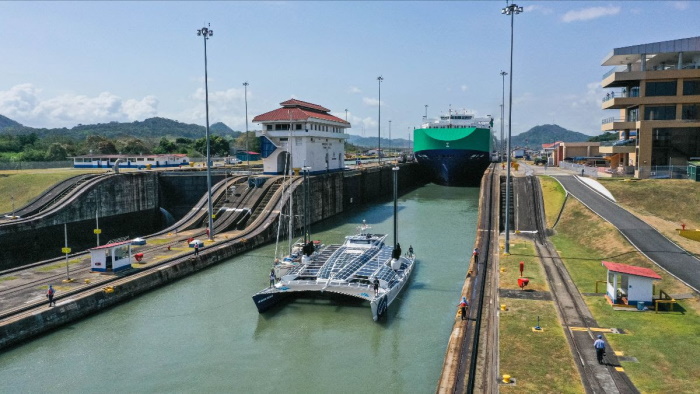 Over the past five years, more than 10,000 transits have been considered Green Connection transits because of their CO2 emission savings by using the Panama Canal route. With the Canal’s expanded emissions tracking system and environmental incentives, the goal is for this number to steadily grow as the world turns towards a cleaner future. 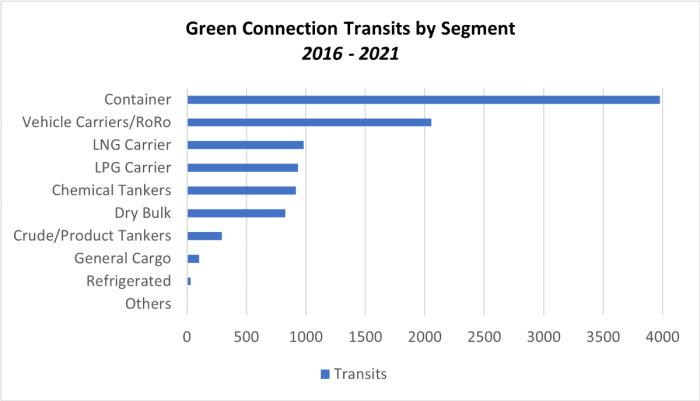 One year after launching the Green Connection Program, the Panama Canal enhanced its emissions tracking abilities through the Emissions Calculator – a tool that allows to assess the shipping lines’ greenhouse gas (GHG) emissions reductions per route, including the amount saved by transiting the Panama Canal over the most likely alternative route. The tool aims to incentivize customers to demonstrate strong environmental stewardship and adopt more sustainable itineraries. For example, a container vessel traveling from Asia to the U.S. East Coast saves about 12 percent in emissions when returning via the waterway rather than transiting the Suez Canal and would save 18 percent in emissions compared to sailing around Africa’s Cape of Good Hope. Since the program was introduced in 2016, the Emissions Calculator has shown that customers have saved 40 million tons of CO2 by choosing the Panama Canal route.

After updating the tool to use georeferenced data in 2019, the Canal debuted a CO2 Emissions Dashboard building off information provided by the Emissions Calculator in January 2021. Over the past six months, the Dashboard has published monthly data on the CO2 emissions saved by vessels that chose to transit the Panama Canal compared to the most likely alternative route. Customers benefit from this information as it provides them visibility into how the route helps shipping lines reduce emissions with each transit.

Transparency and quality of service remains at the heart of the Canal’s objectives, fostering a sustainable future for global trade tacking actions to achieve the IMO and Paris Agreement global commitments.
Source: Panama Canal Authority