Charity ensures seafarers are not forgotten this Christmas

An award-winning acapella male choir will kick off a series of carol services for seafarers in Great Britain organised by global maritime charity Stella Maris (Apostleship of the Sea).

The charity’s inaugural carol service in Glasgow on Sunday December 8 will feature the CloseShave Chorus who will bring their unique barbershop vocal harmonies to the event at Glasgow University.

Three more Stella Maris carol services will follow; in Southampton (9 December), South Shields (11 December) and London (12 December), allowing supporters and the local community in those areas to come together and raise their voices for seafarers. 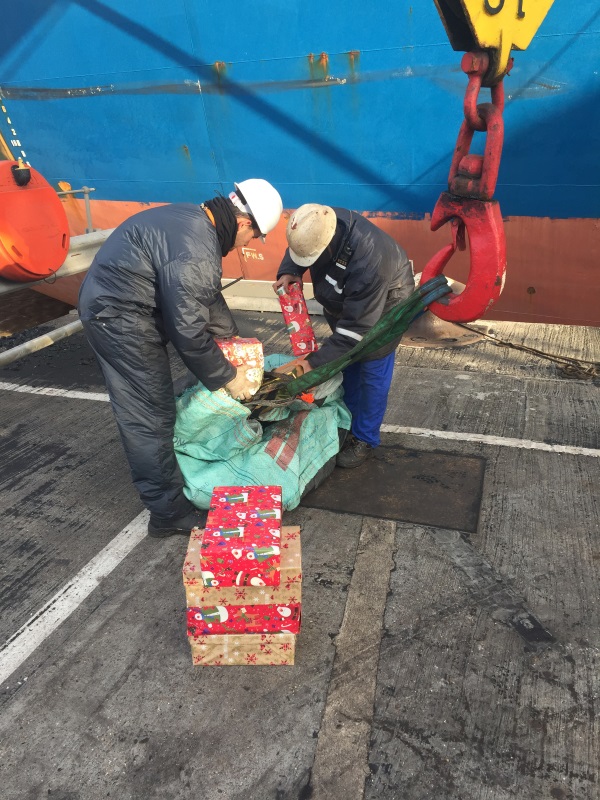 “Many seafarers will not be home for Christmas this year, working at sea and in ports during the festive period. But that doesn’t mean that they’ll be forgotten,” Stella Maris Development Director John Green said.

“This year we’ll be holding Christmas Carol Services in Glasgow, Southampton, London and South Shields, paying tribute to seafarers for all they do – including bringing us the goods that make up our Christmas presents,” he added.

John said, “Seafarers are the ones who deliver the Christmas presents we open and the food that make our Christmas meals – but their Christmas will just be another long and lonely working day on the ocean.”

He added, “Stella Maris – through its extensive network of more than 200 port chaplains, ship visitors and volunteers in Great Britain and around the world – ensure that seafarers are not left out of the Christmas festivities by going on board ships to distribute shoeboxes filled with woolly hats, toiletries, socks, chocolates, and other items to the many crew members they meet.”

Details including times and venues of Stella Maris Christmas Carol services can be found at https://www.apostleshipofthesea.org.uk/carol-services

All are invited to come along and join in the singing and traditional refreshments afterwards including mince pies and mulled wine.
Source: Apostleship of the Sea