Charting the Trade-War Fallout Through Commodities From Soy to Copper

As the U.S.-China trade war heats up, the underbelly of commodity markets offers a slew of signals on the evolving consumer and industrial landscape.

Bone up on the shifting sands in global commerce with these key metrics, as chosen by raw-material dealers and strategists. 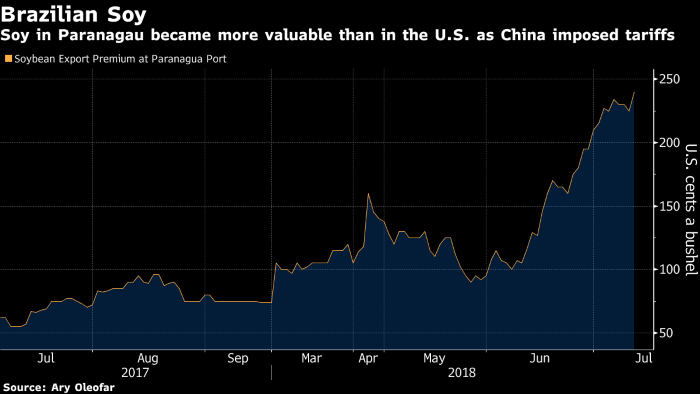 As China slapped a 25 percent tariff on U.S. soybeans, it boosted the commodity in Brazil and undercut the value of American output, according to Vogel. Watch the evolving spread between port prices in the U.S. and Brazil to gauge the first-order impact of the trade war on American farmers. 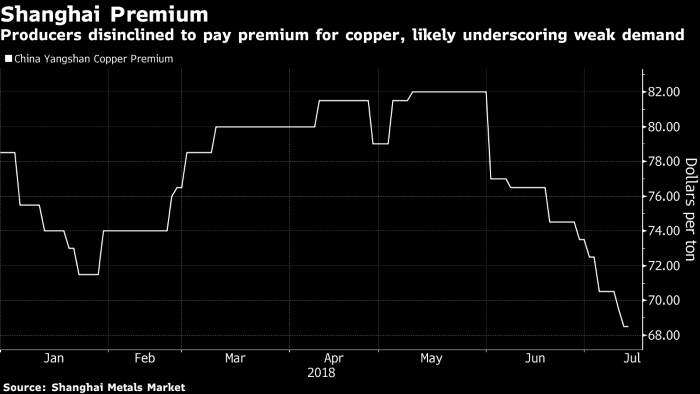 “The Chinese copper premium — the surcharge paid over London Metal Exchange prices as it gets sold in the ports of the largest consuming nation — has tumbled 14 percent since May,” Nugent said. “It’s likely that manufacturers are proving less keen to build up working inventory given less visibility on the future outlook for selling goods and services should trade wars escalate.” 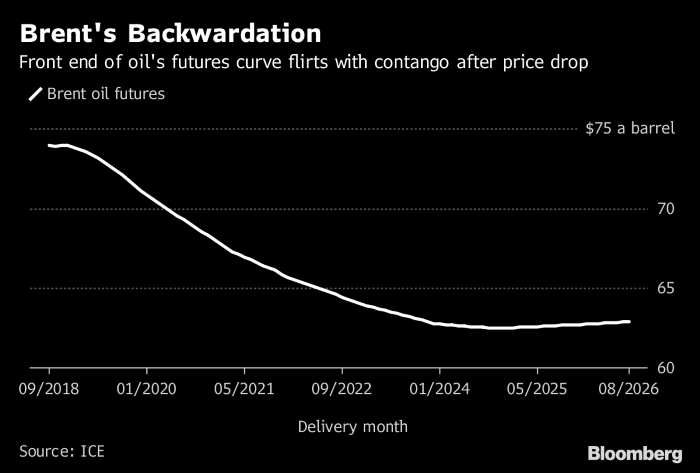 “Timespreads — the price difference between, for example, the first and the second or third futures contracts — are an indicator that track if the oil market is over- or undersupplied,” Staunovo said.

The first contract is currently more expensive than contracts for future delivery, indicating a market in backwardation, possibly indicating an undersupplied oil market. The opposite dynamic is dubbed contango. Going forward, “weaker oil demand growth would impact the market balance all else equal and would be seen trough weaker timespreads.”

The September-October spread flipped on Thursday, with the global benchmark moving as much as $0.13 into contango, according to ICE Futures Europe data. It was in a backwardation of $0.40 last week. 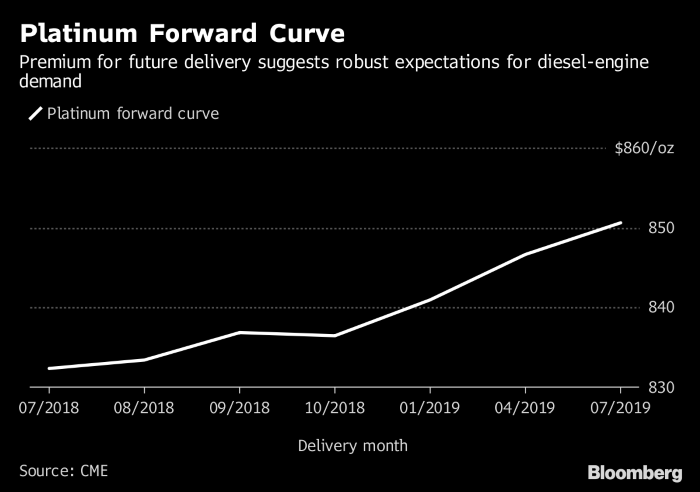 “The platinum forward curve is, in some ways, a proxy of expectations of future demand — if it is in steep contango, it suggests industrial demand will be strong in future,” Butler said.

It’s “telling a different story to the outright price right now: the forward contango has steepened and is close to a 10-year high. This means that metal for future delivery is commanding a higher-than-usual premium compared with metal for immediate delivery.”

“This is partly a function of the heavy sell-off in the spot price, but it’s also a verdict on future industrial demand, which is expected to be robust.”

“We will know the reaction at Farnborough. Watch out for lower than usual airplane orders and engine orders,” Lipmann said, a trader of the metal rhenium.

“Every country has a relation of some sort to the aero industry as a consumer or maker — all countries are affected. There are something like over 5,000 separate substances in a single aero engine, with a similar number of separate parts. Therefore all our metals and commodities could be affected.”
Source: Bloomberg