CCS secured the ranking in dry cargo shipowner trade association Intercargo’s latest Benchmarking Bulk Carriers report for 2019-20 (see notes to editors).Intercargo found that CCS had a DPI of 1.12 with only 2.3 per cent of detentions despite having a 12.3 per cent market share of the global bulk carrier fleet.

Elsewhere in the bulk carrier market CCS has successfully delivered classification services for the new 325,000-ton VLOC ‘Ore Zhoushan’. CCS president Mo Jianhui attended the delivery and naming ceremony of the vessel at the Qingdao Beihai Shipbuilding Industry shipyard in Shandong Province. The Ore Zhoushan has been built for the Beijing headquartered ICBC Financial Leasing Company to operate between ports in Brazil and China. 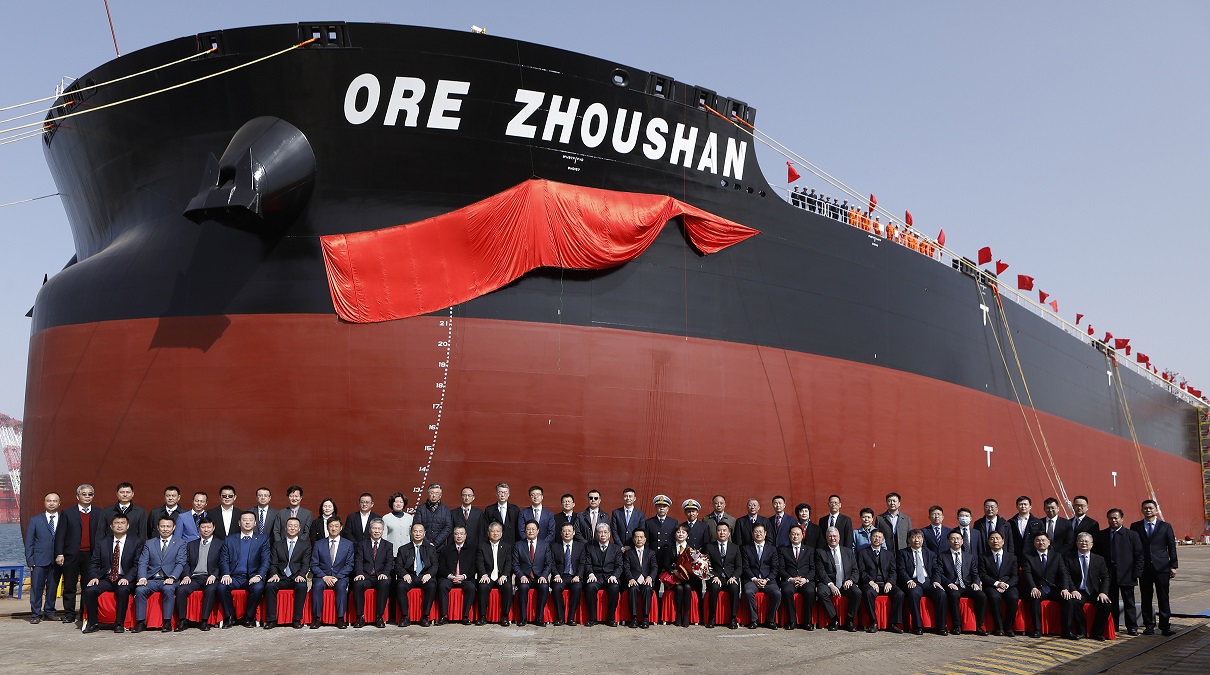 The Ore Zhoushan was named by Miao Jianmin, Chairman of China Merchants Group and has a total length is 339.9m, while its moulded width is 62m and moulded depth is 29.5m. The vessel has a range of 25,500 nautical miles and a loading rate of 16,000 tonnes an hour.

In a speech at the ceremony Mr Mo paid tribute to the hard work and innovative approach of CCS team, and all involved, to complete the ship’s build on time despite strict COVID-19 restrictions.

“This has been a really innovative team effort between the shipyard, ship owner and the CCS survey teams, and I would like to thank everyone for making this a success,” he said. “Our surveyors have gone to the front line of the project to actively solve inspection difficulties and pain points. Our team has conducted on-site technical exchanges with the ship owner and the shipyard many times to ensure that the ship, and the construction period, progressed smoothly and the ship was delivered successfully.”
Source: China Classification Society (CCS)