Throughputs at China’s independent refineries in eastern Shandong province have continued to fall in August due to maintenance works and cuts earlier in the month amid weak margins, according to S&P Global Platts calculations based on data from JLC.

Shandong’s independent refineries have ramped up throughputs by around 135% to average 10.5 million mt/month in the first five months of the year, from a low base of 4.47 million mt/month in 2015 when they were first given access to imported crudes.

But the growth has slowed down since July when refineries increased maintenance works on thin margins. Refineries also were reluctant to keep up throughputs amid constant investigations by local authorities on tax and quota trading.

The throughputs have continued to fall in August, despite a marginal increase in margins for cracking imported crudes. The margins increased by Yuan 10/mt ($1.50/mt) to around Yuan 447/mt ($69/mt) last month.

With the maintenance getting to a close, throughput rates are likely to grow slightly in September, which has prompted demand for crudes somewhat, according to JLC.

Inventories remain high
Feedstock inventories at major ports in Shandong remained high as of Aug. 26, at 7.44 million mt, up 4.5% on the month from 7.12 million mt in end-July, due mainly to slower outflows from ports to refinery facilities.

This came despite slightly lower imports by the independent refineries, falling 3% at 8.38 million mt in August compared with 8.61 million mt in July.

Given the generally tight quota condition, independent refineries are likely to sit on stocks while keeping throughputs capped, sources said.

Due to the quota shortage, independent refineries could still take bitumen blend and fuel oil as a supplement feedstock, despite the higher costs of the consumption tax since June.

Haike Petrochemical booked a September fuel oil cargo at a premium of around $70/mt against the Mean of Platts Singapore 380 CST HSFO assessment, market sources said.

JLC’s survey covers 43 Shandong-based independent refineries with a combined capacity of 166.7 million mt/year, which accounts for about 18% of the total refining capacity in China.

ZPC also has started to source other feedstocks like fuel oil due to the quota shortage, according to sources. 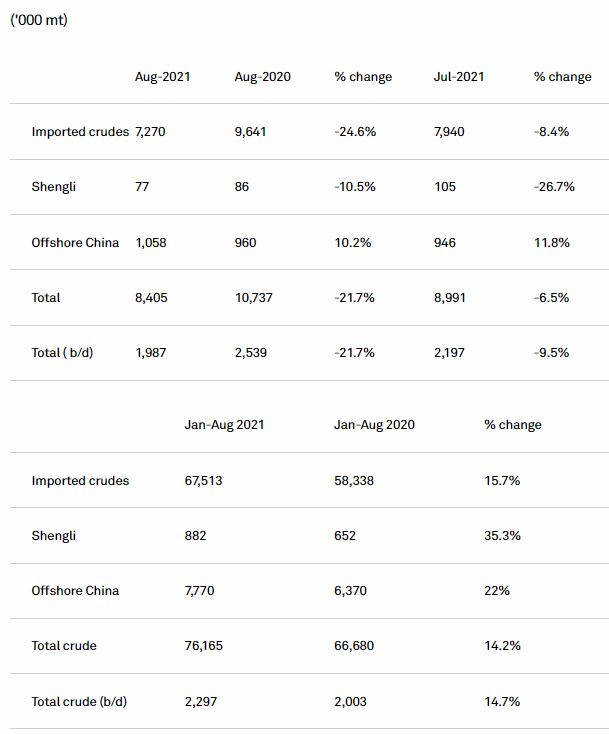 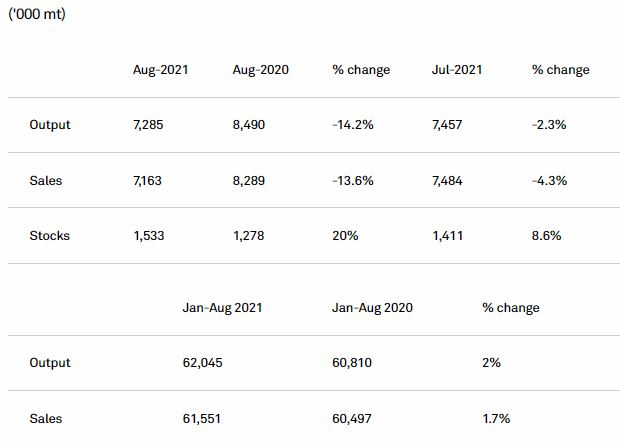 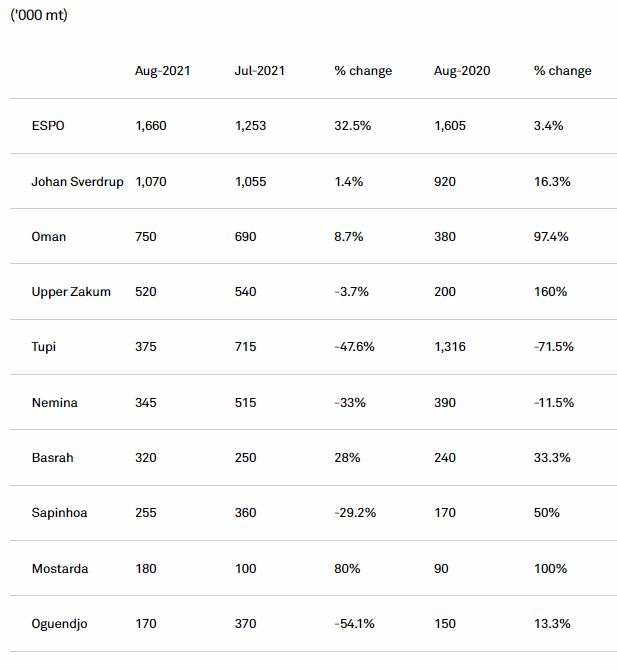 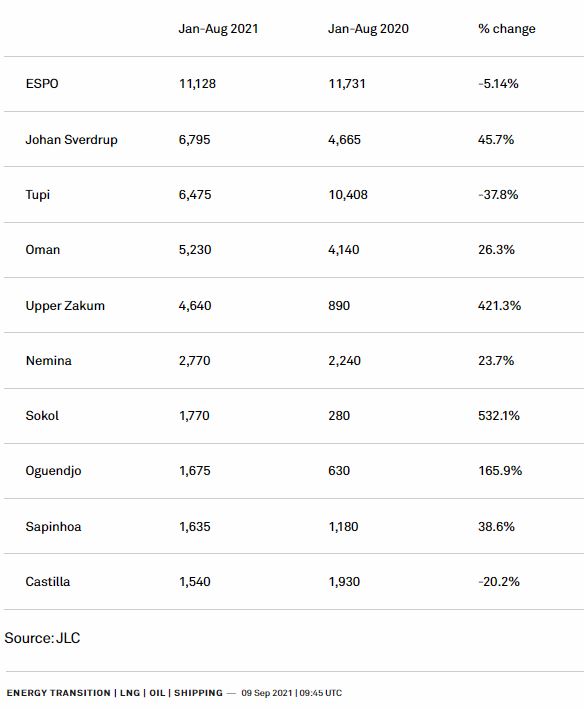