Liquefied natural gas brokers banking on a fixture boom between the US and China on the back of the trade agreement signed in January have been somewhat short-changed. No US LNG had been delivered to China since March 2019 because of 25% tariffs imposed by China on American cargoes in retaliation for US duties on Chinese goods. But a deal struck between the two countries at the start of the year made LNG shipments to China more economical as import tariffs exemptions were put in place.

This hasn’t, however, translated into the LNG shipments that were expected by the market. While it was celebrated, the arrival of the first shipment of US LNG to be delivered to China in more than a year at Tianjin yesterday proved to be the start of a trickle rather than a flood of China-bound US LNG cargoes. Just three more US LNG deliveries are expected in China in April, followed by a lowly two in May.

Covid-19 can be partly blamed for the slow take-up, but not entirely. Low Northeast Asian spot LNG prices can share responsibility, as can China’s waning appetite for US LNG. And with fears of a second wave of infection hanging over Asia, cargo cancellations and deferments seem inevitable.

Poten & Partners, a panellist reporting on the Baltic Exchange’s gas indices, sees trouble ahead for the LNG sector on a global level. Speaking in a webinar, Jefferson Clarke, head of the firm’s LNG commercial analytics team, said he is concerned about the percentage of the fleet uncommitted on term charter. A robust orderbook has an uncomfortable amount of uncommitted vessels, which will be delivered into a market just as a significant proportion of the existing fleet comes off charter. “It’s going to be difficult for ship owners to find sustained employment for greater than five years,” said Clarke in his analysis of the sector. Forecasting one year out, he added that 15% of the fleet is going to remain uncommitted unless there is a decent uptick in chartering. 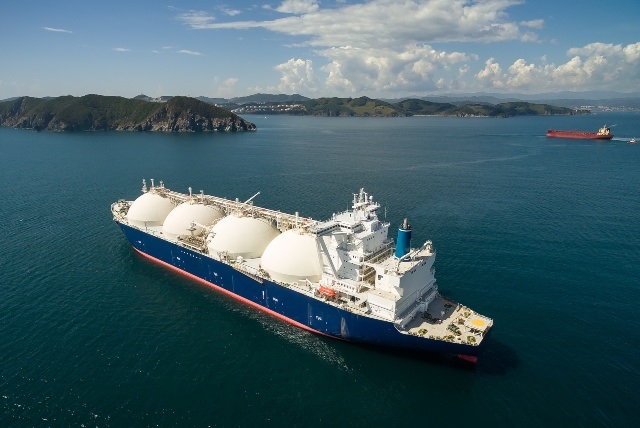 In terms of LNG cargoes, the global market peaked in December 2019 into January 2020 at around 500 cargoes per month. Since then, LNG cargoes have dropped by around 70 to 50 cargoes to reach 438 for March and a forecast of 424 for April. “We forecast a gradual increase to return to those levels by December,” said Clarke.

This is, he stressed, a “global phenomenon” with the pain being shared across all the major exporters and impacting the shipping markets. “The market was tight back in December 2019 and there were barely enough vessels to deliver those volumes. Since then we have seen a drop in cargo export volumes while the LNG fleet has remained steady,” he said, adding that the 37 deliveries expected by the end of this year will compound oversupply issues. By the end of the year the LNG fleet will have grown 7% to 540 vessels, according to Poten’s data.

But there are big wild cards to consider. First, LNG carriers can be used as storage. Second, Covid-19 logistical disruption is causing port delays which in turn reduces vessel availability. Third, there are approximately 210 to 220 steam turbine vessels on the water today with another 21 laid up and five undergoing conversion. “The question is whether more of those lay-ups will happen in the future,” asked Clarke. All of these wildcards can act as a buffer when headline rates fall to $30,000 per day, he added.

Poten also noted the changing destination for US cargoes: in 2019 a large proportion of US LNG cargoes were headed for the Asian and Latin America markets. But as demand dropped, Europe took up the slack and welcomed US LNG cargoes. “The question is whether this trend will change,” said Clarke. While he noted that there has been a slight trend of more cargoes into Asia of late as parts of the region start to open up, there is a big question mark over whether that trend will continue.

Analyst Wood Mackenzie expects global LNG demand to grow by 6% year-on-year to 371 million tonnes in 2020, with Asia playing a key role. China’s LNG demand is expected to reach 65 million tonnes this year, equivalent to 6.6% growth year-on-year. Japan and South Korea, meanwhile, will increase 5.1% and 7.7% over 2019, respectively, with LNG displacing coal in the power sector of both countries. “This growth could be faster still if a recovery takes hold earlier,” said the consultant. However, it conceded that today, the path to recovery “feels an uncharted voyage”, summing up sentiment in the current LNG sector.
Source: Baltic Exchange